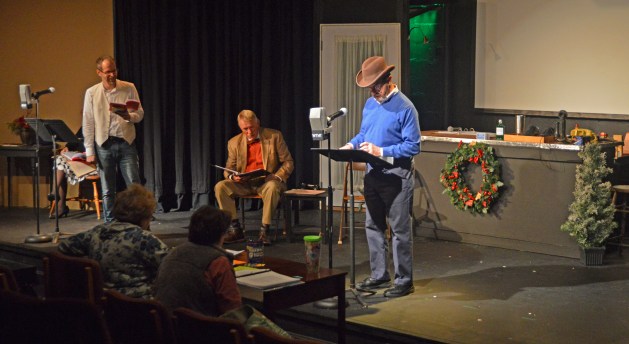 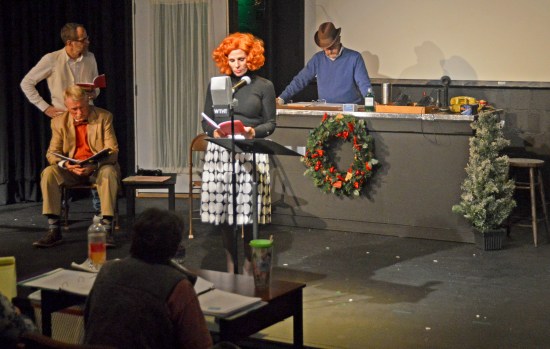 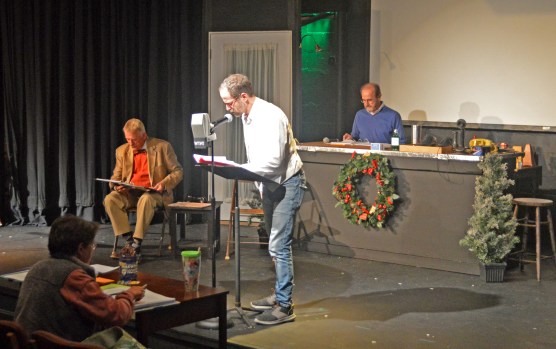 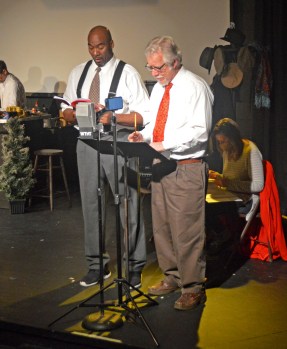 After mostly shutting down due to COVID-19, the theater started its season in September with the play “Bus Stop,” the first full-capacity play since before the pandemic. Now it’s continuing with their annual performance of a Christmas play.

“It’s a Wonderful Life,” tells the story of George Bailey, who lives in the small town of Bedford Falls, New York. His dreams of travel and adventure were dashed by the Great Depression and family obligations; and when his building and loan business falls on hard times, Bailey contemplates suicide on Christmas Eve. But an angel named Clarence shows Bailey what life would’ve been for people around him if he hadn’t been born.

The show is based on the 1946 movie “It’s a Wonderful Life,” by Frank Capra. But instead of action-based scenes with different sets, the actors will be on a radio set to show the audience how people performed plays on the radio in the early 20th century.

Theater Managing Director Karen Logue, who’s directing the play, said, “It’s a blast from the past, especially for our older patrons who remember radio; and for younger ones, it’ll be an education.”

A cast of 11 people will play 25 characters who come up to the radio microphone when it’s their turn to speak. Sound effects will simulate the action with creaking doors, bells, phones ringing, footsteps, and thunder. Actors will sing together, the audience will be directed to applaud and a crew member will play the voice of God from the back upper booth.

“You might take a minute to close your eyes,” Logue said. “I was born in the late ‘40s and I do remember listening to radio plays; they were so good you felt like it was live-action. But when you didn’t have television you didn’t know any different. So it’s just kind of nostalgic.”

The play was scheduled to happen in December 2020. The roles had been cast and rehearsals started, but they shut down due to rising COVID cases in Kentucky. All but two actors came back to perform it this year.

Logue also directed the play 20 years ago, working with Kihlman. Logue has worked at the theater almost since its inception over 40 years ago. She is excited that they can perform plays again.

While the first shows of this season did not have full houses, Logue understands the hesitation to be in the theater, but said they are taking precautions. The theater requires audience members to wear masks. It has 100 seats and can house full capacity. People can buy tickets and westhill.net or by calling 859-319-0205.