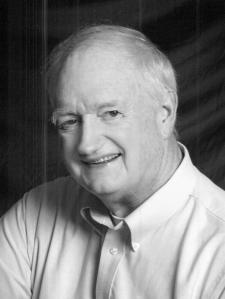 John Young, 72, of Jefferson City passed away on Sunday, November 14, 2021, at Capitol Region Medical Center.
He was born July 5, 1949 in Danville, KY to the late Paul and Virginia (Cloyd) Young. John grew up in Junction City and was a graduate of Boyle County High School. He excelled in sports, earning an All-American status in football and in 1991 was inducted into the BCHS Football Hall of Fame. John attended Eastern Kentucky University achieving a Bachelor of Science Degree in Biology and a Master’s Degree in Fisheries and Wildlife. In 1973, he began his career with the Missouri Department of Natural Resources. During his 29 years with the Department, John served with the Clean Water Commission and Land Reclamation, was instrumental in the clean-up of Times Beach, and past Director of the Division of Environmental Quality. A founding member of the U.S. Dept. of Justice Environmental Task Force, he was recognized as Air Conservationist of the year in 1999 and retired in 2002 as Director of the Air and Land Protection Division. John was known for his professionalism, ethics, and strong leadership skills.
John deeply valued making positive contributions to his community. He served as past president of the Optimist Club of Jefferson City and past president of the Parish Council at the Cathedral of St. Joseph. As an active member of the parish, he served at mass as a Lector and Usher for many years. To say John was active in the Scouting program would be an understatement. John is an Eagle Scout, as are his two sons and eldest grandson. He was awarded the District Award of Merit and Silver Beaver Award from the Great Rivers Council, Boy Scouts of America. John participated in countless Scout campouts as well as coordinating annual efforts with the Scouts in cleaning up our State Parks and city-wide food collection. His final act of service was as an organ donor.
John’s greatest pride and joy was his family. On June 19, 1982, he married Mary Ann Garr in the Governor’s Garden in Jefferson City. They were blessed with four children, Liz, Rebecca, John Paul, and Daniel. Being a dad often meant also being Coach, Den Leader, Scout Master, volunteer Scientist, carpool driver, and Can-Do man. John made helping his kids become well-rounded adults a priority and adventure.
He is survived by his wife, Mary Ann of Jefferson City, his children, Liz (Derrick) Peterson of Columbia and their children, Isaac, Athena, Charlotte and Gabe, Rebecca Young of Jefferson City, John Paul (Heather) Young of Lewiston, Maine and their children, Elise and Miles and Daniel Joseph Allen (David Roach) Young of Maryland Heights, one brother, Tom (Sharon) Young of Danville, KY, two sisters, Betty Teele of Lancaster, KY and Helen (Don) Greene of Danville, KY and sister-in-law, Barbara Young of Columbia. John was preceded in death by a brother, Paul Noble, and sister, Mary Jane.
Visitation will be from 4:00 p.m. until 7:00 p.m., Sunday, November 21, 2021, at Dulle Trimble Funeral Home, 3210 North Ten Mile Dr., Jefferson City with a prayer service at 3:30 p.m.
The Mass of Christian Burial will be celebrated at 11:00 a.m. Monday, November 22, 2021, at the Cathedral of St. Joseph, 2305 West Main St. Father Louis Nelen will officiate. Burial will take place at Resurrection Cemetery.
Memorials may be directed to Boy Scouts of America, Great Rivers Council, 1203 Fay Street, Columbia, MO 65201 (John Young Memorial) or Missouri State Parks, P.O. Box 176, Jefferson City, MO 65102 (John Young Memorial).
Those wishing to email tributes or condolences to the family may do so at www.dulletrimble.com.