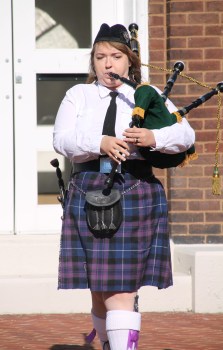 Piper Faith Hellard played bagpipe music for the ceremony dedicating the Blue Star Memorial Marker presented by the Garden Club of Danville. In full Highland dress, Hellard paraded through the crowd in front of the Boyle County Courthouse playing “Highland Cathedral” to open the ceremony and “Amazing Grace” at the close. Blue Star Markers are erected by Garden Clubs all over America in honor of veterans. 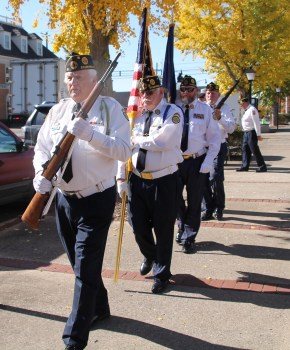 Veterans provided an honor guard and presented the colors at the ceremony for the Blue Star Memorial Marker dedication. 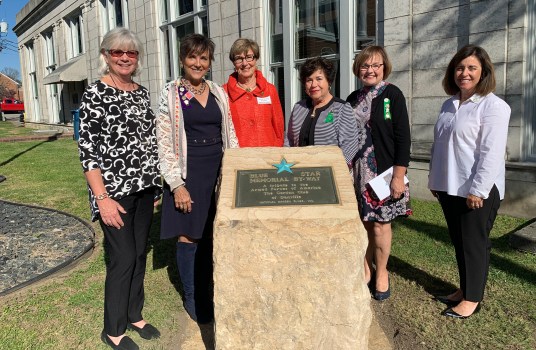 Patriotism and pageantry were on display when the Garden Club of Danville dedicated a Blue Star Memorial marker at the Boyle County Courthouse to honor all military veterans. A large crowd gathered on a beautiful autumn afternoon to enjoy the music, flags, tributes, and a 21-Gun Salute. The program opened and closed with a kilted piper marching through the crowd playing bagpipes. All branches of America’s armed forces were represented. American Legion Post 18 conducted a flag ceremony and a 21-Gun Salute. Vince DeMartino concluded the program by playing taps on his trumpet.

Representatives of city, county, and state governments and the Garden Club of Kentucky participated in the ceremony.