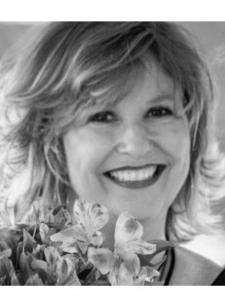 Wendy Rene (Taylor) Todd passed away on November 18, 2021 in Lexington surrounded by her family. Wendy is survived by her husband, David, her daughter Tori (“Boo”), her son in law Evan Teague, her two sisters, Lisa Goode of Lexington and Penny (Dave) of Georgetown, her mother Grettle Smith of Danville and her father and stepmother John and Linda Taylor of Florida. Also surviving is her granddaughter, Miss Josie Elizabeth and her nieces and nephews: Lucy Smith of Minnesota, Wyatt and Wesley Goode of Lexington, Katelyn and Drake Byrd of Georgetown, Josh and Emily Todd of Tennessee. Other survivors include her brother in law, Jay Todd of Danville, Mark (Sherron) Todd of Tennessee, her father in law, Jim Todd of Danville, her step “brother” Bick (Cynthia) Smith of Minnesota and a step sister Merry Bishop of North Carolina.

Wendy was preceded in death by her grandparents, Helen and Hansel Tharpe, Harold and Mary Jo Taylor and her mother in law, Jerry Todd. Wendy was born on August 15, 1967 in Louisville to her parents John and Grettle Taylor. When she was just a toddler the family relocated to Danville where she resided until her passing. Wendy attended Boyle County High School and graduated in 1985. She then enrolled at Eastern Kentucky University and graduated with a degree in Interior Design and a minor in Art. She was a member of the Alpha Omicron PI Sorority which was founded on character and dignity…two qualities she excelled in. Wendy’s interior design career spanned over 30 years.

She designed both residential and commercial properties and through her clients, she made many life long friends. She was very passionate about her career and worked diligently for every client of hers. Proof of her work ethic is in the fact that during her many months in the hospital in Texas, she had her laptop and continued to connect with her client’s needs.

From early on, Wendy had an outgoing personality, never met a stranger and had a great sense of humor. The nurses and doctors in Texas could attest to this as they cared for her during many months in the hospital. She had a multitude of friends who supported her through her long and difficult journey….a journey she traveled with unbelievable strength and bravery. Several of these friends were her caregivers during long stays in Texas.

Wendy was her mother’s “Favorite redhead” and a true “TT” until the Lord called her home. A celebration of life visitation will be held on Monday, November 29, 2021 from 3-8pm at Preston Pruitt Spurlin Funeral Home. www.preston-pruitt.com