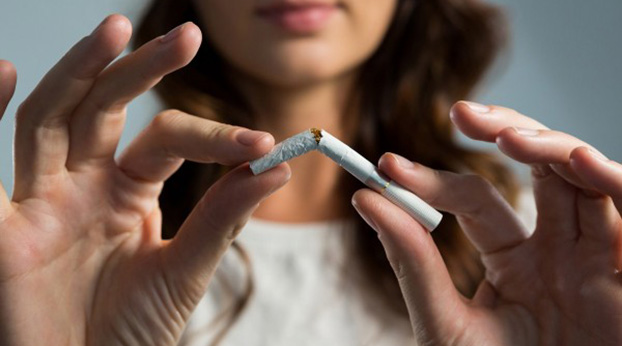 Smoking’s negative health consequences are well known, but smokers can reduce―or even erase―their risk of dying from lung cancer by quitting at a young age, and the younger the better.

A new study led by the American Cancer Society analyzed data on more than 410,000 Americans participating in an ongoing federal health survey between 1997 and 2014, and the researchers found that quitting by age 35 can effectively eliminate the risk of dying from lung cancer and quitting by 45 can lower the risk by 87%. Even middle-aged smokers between 55 and 64 can cut their risk in half by quitting.

“Smoking definitely has a cumulative effect,” said Dr. Patrick Ma, an oncologist at Penn State Cancer Institute. “Of course, the best advice is never start smoking, but this study shows it’s never too late to quit and see some benefit.”

The good news overall is that lung cancer-related deaths are on a downward trend, Ma said. Lung cancer mortality among men has decreased by 51 percent since 1990 and by 26 percent among women since 2002.

Annual scans for lung cancer are recommended for adults ages 50 to 80 who have smoked at least one pack of cigarettes for 20 years and currently smoke or have quit within 15 years.