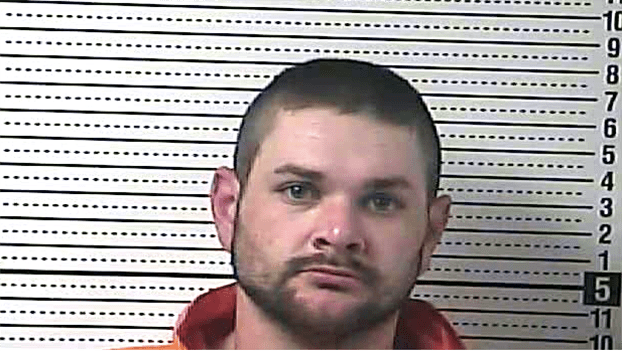 A Mount Vernon man was arrested at the Danville Walmart Thursday evening after officers were called to a shoplifting complaint.

Officer Chasity Shirley arrived at the store around 5:30 p.m. and began to search a man who was being detained. She located two syringes, one containing suspected heroin. During a search, the suspect attempted to flee from Officer Shirley and exit the front doors of the store.

During the flight, the suspect shoved one Walmart employee while trying to escape and pushed a shopping cart into another employee.

The suspect, later identified as Robert Ingram, 29, of Mount Vernon, fell to the ground after exiting the store doors. Before he could get back on his feet, Officer Shirley was able to take control and place him in custody.

Ingram had initially given a false name. He was found to have an active trespass order on file banning him from Walmart property. Ingram was arrested and lodged in the Boyle County Detention Center on charges of possession of drug paraphernalia, shoplifting, criminal trespassing 3rd degree, assault 4th degree, burglary 3rd degree, possession of a controlled substance (heroin), and fleeing or evading police 1st degree.