The Rebels controlled the line of scrimmage against a physical opponent to win their second consecutive title and their third in five years.

Boyle’s offense kept the ball on the ground for most of the night, as the Rebels rushed for 285 of their 416 yards, including 201 yards. Meanwhile, the defense allowed 236 rushing yards but kept Johnson out of the end zone for most of three periods.

Jagger Gillis passed for two touchdowns and ran for two more, compiling 131 yards in each category. Avery Bodner rushed for a game-high 154 yards, and Cole Lanter caught four passes, including both of Gillis’ TD passes, for 116 yards.

Boyle (14-1) displayed the strength of its line on its first series when the Rebels went for it on fourth down from their own 11-yard line, needing only half a yard for a first down.

The Rebels got that and more on a 5-yard plunge by Gillis, and they went on to score their first touchdown on a 75-yard reception by Lanter.

Boyle led 16-0 before Johnson (12-2) got on the board late in the third quarter on a 1-yard run by Grant Rice. The Rebels answered less than two minutes later with a 13-yard Gillis-to-Lanter TD pass.

The Golden Eagles scored once more, pulling within 23-13 on a 2-yard run by Chase Price with 9:29 to play. This time the Rebels answered with a 12-play, 80-yard drive, and Gillis dove in from 1 yard out for a back-breaking touchdown with 2:43 to play.

Boyle completed an impressive postseason run in which it outscored its five playoff opponents 234-68.

This story will be updated online as well as the final edition being printed in Tuesday’s print edition of The Advocate-Messenger. 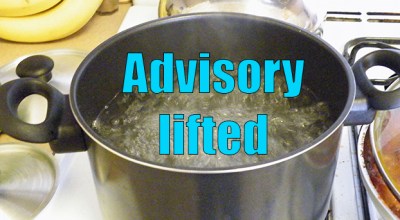