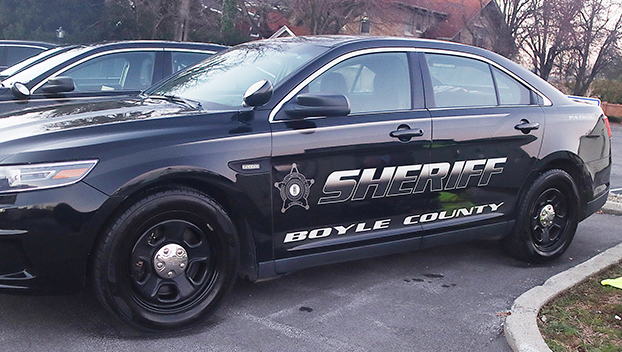 A tornado struck Mayfield Saturday morning leaving the Graves County town with some of its residents dead and many without homes.

There were many who lost personal property, while others lost offices and the tools they used to do their jobs.

One group that saw their working tools damaged or destroyed was the law enforcement community in Graves County. Mayfield police officers and Graves County sheriff’s office members had their vehicles damaged, and some are still driving around on patrol with their cars damaged and windows broken from the deadly storm.

As of Monday, that will change thanks to the generosity of the Boyle County Sheriff’s Office. 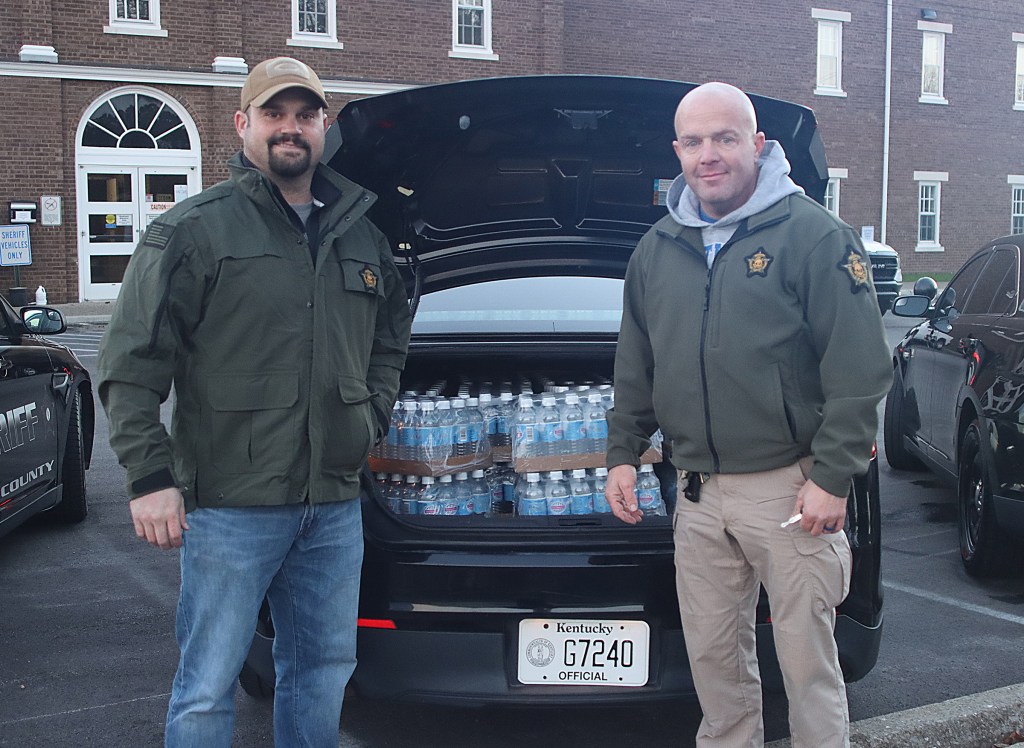 Sheriff Derek Robbins and his staff decided to lend a helping hand to their fellow public servants in Graves County. They spent most of the day Sunday cleaning up and preparing four cruisers previously used by Boyle County school resource officers to be donated to Graves County.

“Some of the Graves and Mayfield guys are still driving cars that are damaged from the tornado. The sheriff’s office was destroyed, the courthouse and everything,” Robbins said. “We were going to surplus these four vehicles. We bought these vehicles several years ago for our school resource officers with drug money, so it’s really not Boyle County taxpayer money, it’s Boyle County drug dealer money. It’s not costing the taxpayers anything. They never paid for them.”

The vehicles would have been sold as surplus by the Boyle County Sheriff’s Office with very little money coming from the sale.

“We wouldn’t have got nothing out of these if we had surplused them and auctioned them off,” said Boyle County Sheriff’s Office Capt. Casey McCoy. Robbins added, “Honestly, we would have had to have taken the emergency equipment out, and we may only get $300 to $500 out of these cars. We bought them used in Chicago, and they’ve been super reliable for us to get the school resource officers to the schools, and we’ve used them as backups. We’ve kind of phased these cars out, and we got a couple of new cars in this year, so we’re going to be able to have a different set of backup cars, and these would just be sitting there. What little bit we would have got out of them wouldn’t be close to what it’s worth to them in Graves County.”

Donations have been collected to help the people of Graves County. Boyle County residents have given bottled water, cleaning supplies, diapers for babies, and other items that will be needed in the tornado-stricken county.

McCoy said his wife posted about the needs of those in Graves County on Facebook Sunday around noon, and by 6 p.m., they had collected more than $6,000 to help the storm victims.

Robbins said he would drive an SUV, and four others would drive the donated cruisers on the nearly 300-mile trip to Mayfield.

“They know we’re coming, and they know about the cruisers. They don’t know we’ve got money and supplies. They were just tickled to death that they were going to have something to drive,” Robbins said.