On the rise: DCA basketball changes making a difference 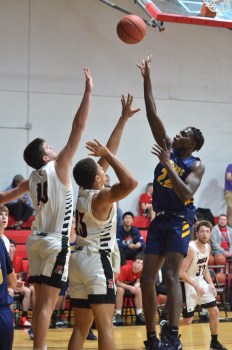 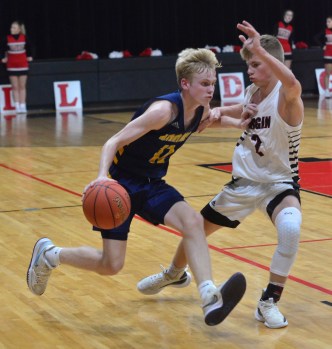 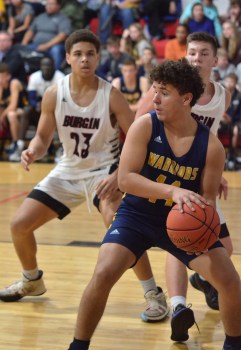 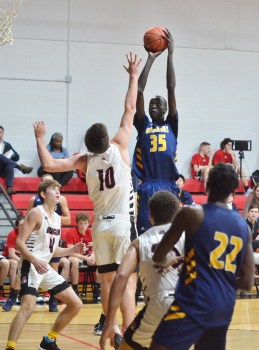 BURGIN — Some of the changes are obvious, some of them less so. But all of them figure to add up to a better boys basketball team at Danville Christian Academy.

The Warriors have more experience, more basketball smarts and a couple of key additions, and so they have every reason to believe this season will be better than last.

DCA has a winning record for the first time in two years after throttling Burgin 55-21 Friday night for their third win in five games to start the season.

The visiting Warriors used a smothering defense to dismantle Burgin in a game that displayed both how far they have come and where they could be headed over the next two months.

“I think we have a high ceiling,” DCA coach Don Story said. “If we work at it, we will be able to improve some over the next few weeks, and we already have.”

There seemed to be nowhere for the Warriors to go but up after a 2020-21 season in which they lost 11 consecutive games late in the season and finished 7-17.

Story said the climb actually began during that losing streak.

Then there was the summer season, an important time for any growth-minded program and something neither DCA nor any other team had in 2020.

“We always try to challenge ourselves a little bit, but we don’t want to overwhelm them. Building this program has been a challenge in knowing how far to go with our competition,” Story said. “This summer we played some All ‘A” schools, we played a few pretty good teams, and we competed well with them. So I had a good idea that we were going to be able to compete at a higher level than we did last year.”

Finally, there was the addition of two players who have brought new skill sets and a new dimension to a team that returned its entire roster.

Xavier Yamo, a 6-4 senior from Kenya, and Lual Ayiei, a 6-11 freshman from South Sudan, came to DCA last year and played in some junior varsity games but made their varsity debuts this season and have made an immediate impact.

“That has helped us with athleticism and also with size,” Story said.

Yamo had 32 points and 13 rebounds Friday, giving him 58 points and 25 boards in the Warriors’ last two games and team-leading averages of 19.0 points and 8.8 rebounds in the first two weeks of the season.

“Xavier played an outstanding game tonight,” Story said. “His moves inside are really getting better and better.”

Ayiei had four points and eight rebounds against Burgin, and he is averaging 10.6 points and 7.6 boards. In addition, he is making his mark by blocking and altering shots in the paint.

“He’s 6-11 that can move and alter a lot of shots,” Story said. “Tonight, even the decent shots that Burgin got inside, a lot of them were altered.

“It definitely helps us with defense, it helps with rebounding, and we’re really working on their game inside.”

DCA’s top five scorers last season all are averaging fewer points so far this season, but Story said the returning players and their new teammates have worked well together.

“The atmosphere at Danville Christian Academy has been a blessing to me,” he said. “We’ve got great kids. Everybody’s working together. We’re one team going forward.

“It takes some sacrifice sometimes, and everybody’s been willing to sacrifice.”

Story said the team has also done a great deal of growing up along the way.

“Having them go through the hard times last year and this summer, and even getting ready for this season, has matured them,” he said.

DCA opened a 16-4 lead early in the second quarter Friday and led 25-6 late in the first half.

The Warriors’ defense held the Bulldogs to 3-of-18 shooting in the first half and a 15 percent mark (7 for 46) overall with 17 turnovers.

“I think our defense was probably the best we’ve had since I’ve been at DCA,” Story said. “I felt like we moved good, and of course it helps to have Lu and Xav to alter some shots if we do get beat. But I thought our guards covered their shooters, and I was real pleased with our defense, and with getting the tempo where we wanted it.”

“I think our basketball knowledge is getting better, we’re sharing the ball really well, so I think we’re starting to see some good things,” Story said.

After a game Thursday at North Bullitt, DCA will host a pre-Christmas tournament that will include Burgin and Casey County, among others, and will play in a tournament in Somerset after Christmas.

The Warriors will begin their 45th District schedule in early January, and while they are 0-14 all-time against district opponents other than Kentucky School for the Deaf, Story wants them to be in position to compete in some of those games by the new year.

“I want us to be ready to compete for our district seeding,” he said. “Whether that’s competing at the highest level, I just want us to see growth and getting to where we can be.”

John Boursaw scored nine points and Jacobe Taylor added six for Burgin, which fell to 0-6 with a 65-44 loss at Casey County on Saturday.