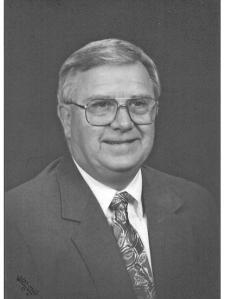 Ronnie W. Hardwick, 77, of Danville died Sunday, January 9, 2022, at his residence. Ronnie was the husband of Ruth Ann Reynolds Hardwick. Born May 4, 1944, in Carlisle, Kentucky, he was the son of the late Earl Wayne and Helen Dwelly. He was owner and operator of Greenleaf Furniture for many years, a member of First Baptist Church, and a member of the United States Army National Guard. For many years Ronnie helped organize and facilitate FLW bass fishing tournaments. In addition to his wife Ruth Ann, he is survived by one son, Ronald Clay Hardwick of Frankfort, one daughter, Angela Denise (Michael) Ford of Shelbyville, four brothers, William and David both of Carlisle, Edward Lee of Alabama, and Todd Hardwick of Florida, and one granddaughter, Grace M. Ford of Shelbyville. Services for Ronnie will be held at 11:00 A.M. Friday, January 14, 2022, at First Baptist Church Danville, by Rev. Tim Mathis, with burial in Bellevue Cemetery in Danville. Visiting hours will be 5 to 8 p.m. Thursday, January 13, 2022, at the church. Pallbearers will be Ray Price, John Adams, Gary Jenkins, Duval Sims, Clay, David, Eddie, and Billy Hardwick. Expressions of sympathy are suggested to The Gideons International. W.L. Pruitt Funeral Home, Hustonville, Kentucky is handling the arrangements. Guestbook is available at www.wlpruitt.com.