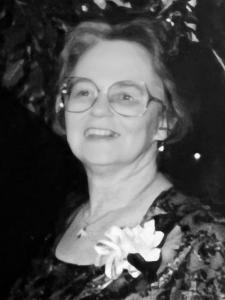 Betty Y. Teele passed away peacefully on Saturday, January 8, 2022 in Lancaster, KY.
Born on December 2, 1938 in Danville, KY, Betty was the daughter of the late Paul and Virginia (Cloyd) Young. She grew up in Junction City and was a graduate of Junction City High School. Betty attended Transylvania University and subsequently earned a degree in Home Economics and Textiles from the University of KY. With her love of creating, especially with any kind of sewing or craft needle, Betty used her creativity and skills to produce beautiful, unique clothing and textile creations.
Her love of exploration combined with many years as a military spouse led her to live and travel extensively throughout Europe and the United States, including Hawaii. Following her return to Danville, Betty discovered new interests in civics and community service. She was actively involved in the Danville Women’s Club, The Daughters of the American Revolution, and the Boyle County Republican Party. Her additional hobbies included square dancing, clogging, line dancing, and studying genealogy.
She is survived by her daughter Lorie (David) Bridges and their daughter Sarah of Lancaster, KY, her daughter Suzie (Dan) Burns and their children Jacob (Shannon Dillman), Nicholas, and Mary of Corvallis, OR, one brother, Tom (Sharon) Young of Danville, KY, one sister, Helen (Don) Greene of Danville, KY and sisters-in-law Barbara Young of Columbia, MO and Mary Ann Young of Jefferson City, MO. Betty is preceded in death by her brothers Paul Noble Young and John Young, and sister Mary Jane Young.
Memorial arrangements have not yet been made.