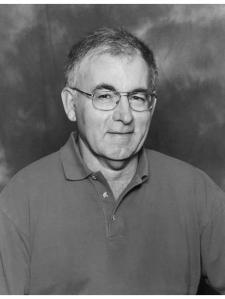 Howard R. Grabill, 76, of McKinney, Texas, formerly of Hillsboro, Ohio passed away Wednesday, January 12, 2022, at Grand Brook Memory Care in McKinney, Texas. He was born on April 15, 1945, in Hillsboro, the son of the late Richard and Charline Eleanor (Schreiber) Grabill. Howard proudly served his country in the United States Army during the Vietnam War, and he received the Bronze Star Medal With “V” Device for personal bravery and devotion to duty in protecting his unit while under attack from enemy fire. Following his service, he earned his bachelor’s degree from Eastern Kentucky University. Howard was a UPS driver for over 30 years in Danville, Kentucky. Howard is survived by his daughter, Amy (Scott) Roller of Prosper, Texas; three grandchildren, Juliana Roller, Jonathan Roller, and David Roller all of Prosper, Texas, and many friends. In addition to his parents, he was preceded in death by his brother, William Grabill. Mass of Christian Burial will be celebrated at 11:00 a.m. on Saturday, February 19, 2022, at the St. Mary Catholic Church in Hillsboro. Friends will be received at the St. Mary Catholic Church from 9:30 a.m. until 11:00 a.m. on Saturday, February 19th. Father Mike Paraniuk will be the celebrant. Burial, with military honors presented by the Highland County Honor Guard, will follow on the Grabill Family plot in the Auburn Cemetery. In lieu of flowers, memorial contributions may be made to the Anchor of Hope Hospice, 7708 San Jacinto Suite 100, Plano, Texas 75024 US. The Turner & Son Funeral Home and Crematory is serving the family. To leave an online condolence and for updated service information, please visit www.turnerfuneralhomes.cc