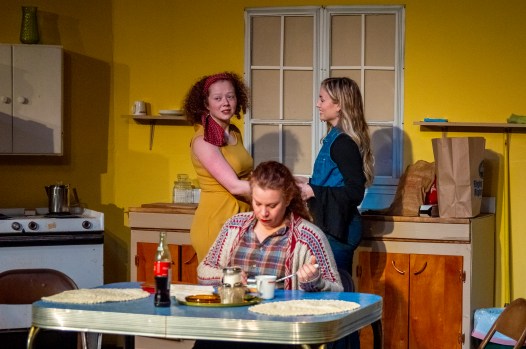 Sisters Meg, Babe and Lenny Magrath reunite at their grandfather’s home after Babe shoots her husband. - Photo by Fiona Morgan 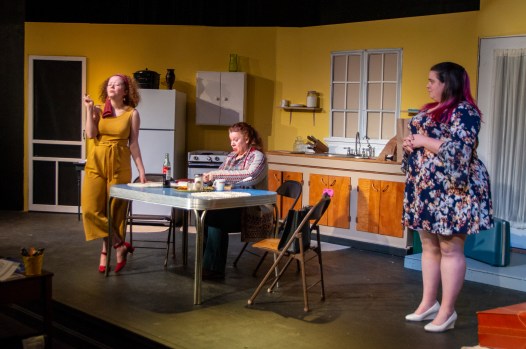 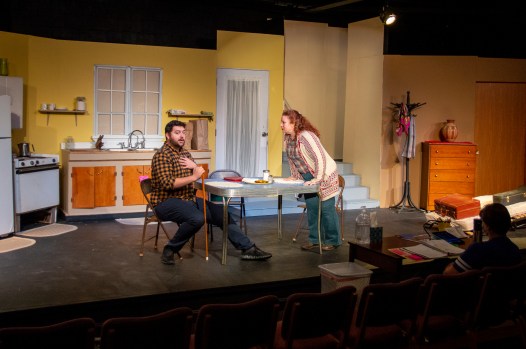 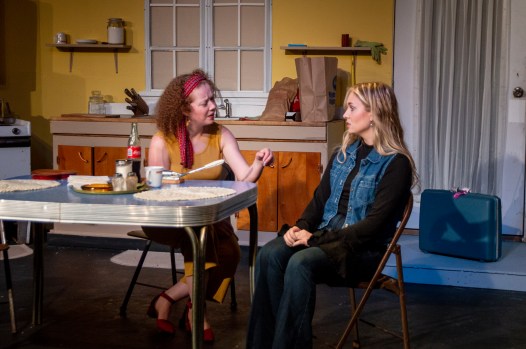 Sisters Meg and Babe have an emotional talk after reuniting at their grandfather’s home. - Photo by Fiona Morgan 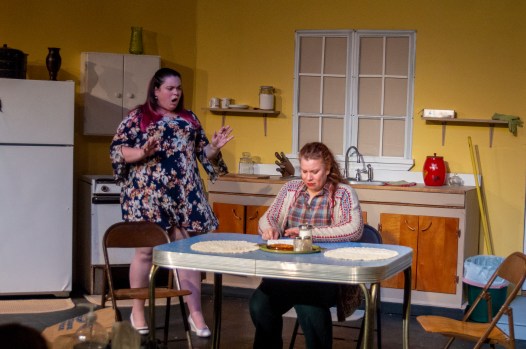 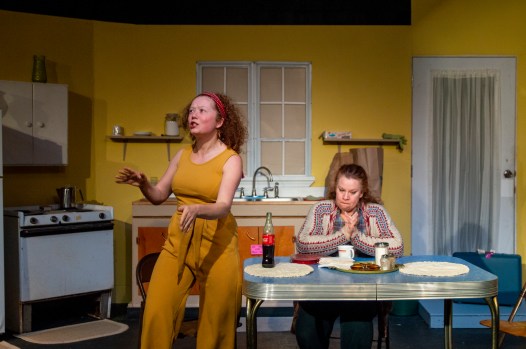 Sisters Meg and Lenny Magrath have an emotional talk after reuniting at their grandfather’s home. - Photo by Fiona Morgan

The play is a dark comedy that tells the story of three sisters coming together after one sister shoots her husband. The sisters, named Babe, Meg and Lenny Magrath, reunite at their grandfather’s home in Hazlehurst, Mississippi, to help Babe after shooting her abusive husband.

At the reunion, each sister faces past traumas, hardships, and resentments. The sisters have a dysfunctional family, and are forced to deal with past relationships, jealousy, and family drama.

The oldest sister, Lenny, played by Sonya Selby Steberl, has never been married and deals with feelings of inadequacy. The middle sister, Meg, played by Lyndsi Hersch, had moved to California to pursue a singing career, but it was not going well.

Due to a trauma from her childhood she still deals with, Meg finds herself drinking and living dangerously. She also reunites with an old boyfriend. The youngest, Babe, played by Hannah Dunn, has dealings with a lawyer after shooting her threatening husband Zackery.

Director Chuck Taylor said he likes the absurd humor of the play, and the outlandish situations the characters are put in.

“I like dark comedies,” Taylor said. “For me personally, it’s a really good diversion from everyday life to get out there and do something creative.”

Taylor has had a career in manufacturing, and enjoys the theater as a creative outlet. He has been a quality manager for 10 years at Dana Incorporated, an auto parts manufacturer.

He said older theater-goers might recognize the play. West T. Hill has done “Crimes of the Heart” in the past. It was also made into a movie in 1981.

Due to the continuing Covid-19 pandemic, the theater wanted a show with fewer cast members, but that would still be fun. This play has six in the cast.

Taylor said it was the first open auditions they’ve had since before the pandemic.

The theater started offering full-capacity seating in September 2021. They encourage audience members to wear masks, and ask that if they are sick, to stay home.

Taylor said their previous play, “It’s a Wonderful Life,” filled up between 50-70% of the theater. He expects about the same turnout for “Crimes of the Heart.”

Taylor would like to thank Steve Rinehart, a board member of the theater, for all his work building and decorating the set.