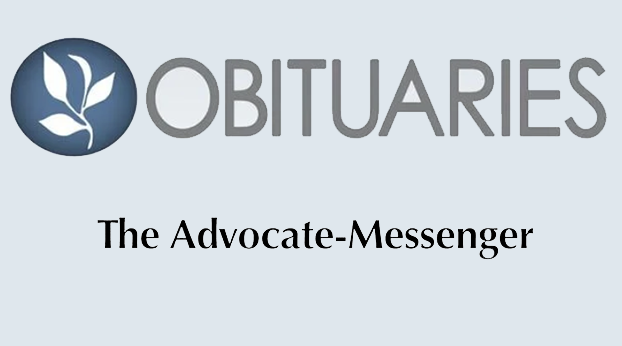 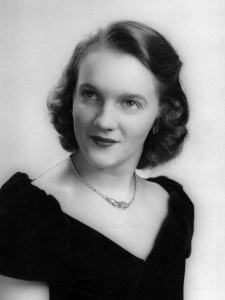 Alice Martin Swanson passed away on January 25, 2022, at her daughter’s home in Charlotte, NC. She died peacefully in her sleep at the age of 92. She is survived by her three children and their families: Patty Rishel (husband, Bob) and grandson, Zachary; Ivan Shelburne III (wife, Ruth) and grandchildren, Ivan Shelburne IV (wife, Lauren) and great-grandson, Van, and Lara Hatfield (husband, Austin); Doug Shelburne (wife, Vanessa) and grandchildren, Rachel Shelburne and Garrett Shelburne (wife, Lilia) and great-granddaughter, Sophia. She was so proud of all of her children, grandchildren and great-grandchildren and loved hearing of their accomplishments and seeing their pictures.
Alice was born June 26, 1929 in Waddy, KY to William Roy and Muriel Lisby Martin. She had one older sister, Martha Cook. A self-professed tomboy, she loved working with her father on their farm raising award-winning Black Angus cattle, even traveling by train to show one of her champions in Chicago. She loved sharing hair-raising tales of escapades with her cousins, Betty Tucker and Billy Smith.
She graduated from Waddy High School where her father was the principal and followed in a long line of educators to become a teacher. She attended University of Kentucky then following the birth of her children, graduated from University of Louisville with her degree in education. She taught English at Ahrens High School in Louisville. Following a move to Danville she completed her Masters at Eastern Kentucky University. She taught at Boyle County High School and Danville High School. She was the cheerleader sponsor and the biggest cheerleader for the Danville Admirals. She loved teaching and cherished her students, especially their visits, notes, autographed books, and acknowledgements she received over the years.
She was an active member of Shawnee Christian Church in Louisville, First Christian Church in Danville, and First Methodist Church in Hot Springs, AR. She lived her life in service to others and modeled Christian love every day.
She married Bob T. Swanson on June 25, 1985 and they shared their passions for family, friends, church, and the University of Kentucky Wildcats. They moved from Shelbyville, KY to retire in Hot Springs, AR followed by moves to Maumee, OH to be near family, then to Cary and Charlotte, NC. They were ever thoughtful and wanted to be near family in the event they needed care as they aged.
When her family needed her, she dropped everything to be there and provide any support. She was ever generous going as far as flying to Connecticut with a frozen roast in her carryon providing much amusement to the airport security. All of her grandchildren were blessed to be spoiled as only a grandmother can. She even forgave Ivan and Garrett for eating her two chocolate doughnuts after finishing the ones they had selected, an inside joke for years.
Alice and Bob loved their friends and neighbors. Whether gathering to watch a Wildcat ballgame, enjoying a pot luck at church or traveling with friends to Daytona and MIS for a NASCAR race, they lived life to its fullest. If they weren’t traveling with friends, they made friends as they followed their beloved Wildcats to Alaska and Hawaii and New Orleans for tournaments and maintained a closet full of Kentucky Blue. Some of their favorite trips were to the Smokies to meet up with the family or traveling to their children’s homes around the country.
Alice had an impact on so many lives. Her joy, compassion and love will be sorely missed. She will be interred in Shelbyville, KY. Thank you to Hospice of Charlotte, Charlotte EMT, Charlotte Mecklenburg Police Department, and McEwen Funeral Home Derita for their compassionate help.
The family requests those who wish to express sympathy to consider making a donation to the Boyle County Public Library, 307 W. Broadway, Danville, KY 40422 or simply perform an act of kindness in her memory.
Proverbs 31:28-29 – Her children rise up and call her blessed; her husband also, and he praises her. Many women do noble things, but you surpass them all.