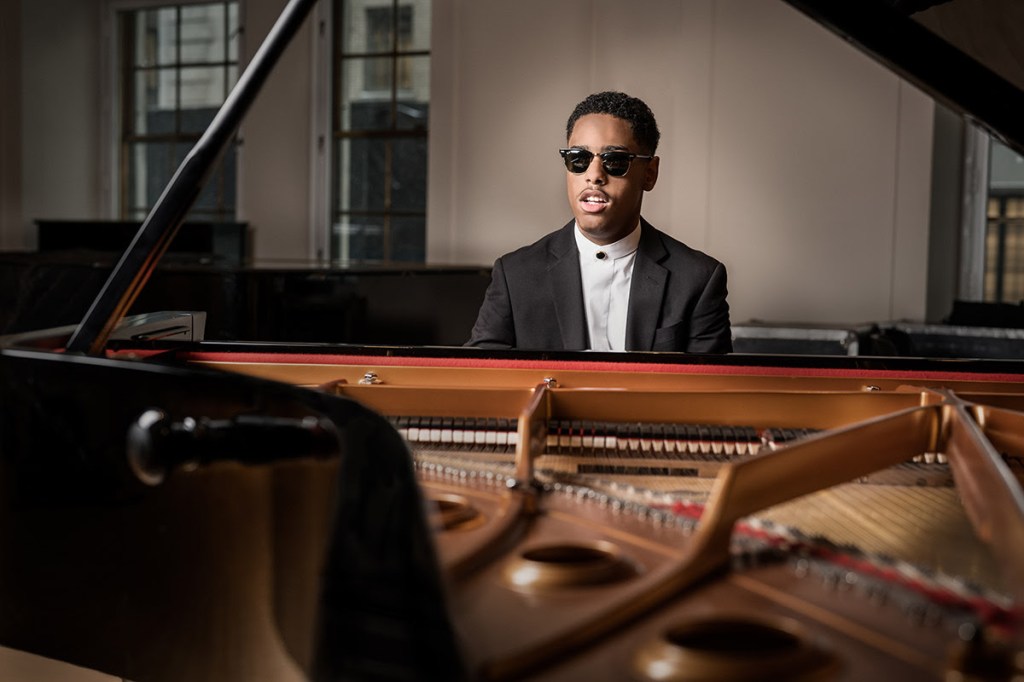 Classical meets contemporary in a festive February and March at the Norton Center for the Arts at Centre College.

Black History Month begins with a performance by 20-year old jazz phenom, Matthew Whitaker on Saturday, Feb. 12. Whitaker, a classical virtuoso, has been featured on “60 Minutes” and the “Today Show.”

Whitaker will host an open sound check and Q&A prior to the performance at 3 p.m. on Feb. 12. The performance, set in the Norton Center’s intimate Weisiger Theatre, begins at 7:30 p.m.

“Matthew Whitaker is a true prodigy,” said Norton Center Executive Director Steve Hoffman. “He is as well-versed in classical technique as he is in jazz improvisation, and he’s got soul.  He’s been recording and performing with major artists such as Jon Baptiste and Regina Carter, all while attending The Juilliard School of Music.  Switching between the concert grand piano to Hammond B3 organ, he plays original tunes, jazz standards, and throws in some Stevie Wonder, Chick Corea, and Billy Strayhorn.”

“It’s time for us to ‘dethaw’ and celebrate Spring!” Hoffman said. “And what better way to do that than to gather as a community and enjoy fast-footed Irish tap and music; pop, soft rock, and soul hits from Carole King; and fresh new Americana-meets-classical music from an award-winning powerhouse quartet.”

The Norton Center remains open 9 a.m. to 4 p.m. Monday through Friday, with public welcome to visit the newest art exhibit, “Beyond Borders: The Art of Siona Benjamin.” Two public events are paired with the exhibit: “Artists in Conversation: Diasporic Dialogues with Siona Benjamin and Edouard Duval-Carrie” takes place Feb. 24 at 7:30 p.m. “Beyond Borders: Film Screening, Artist Talk, and Gallery Reception” will be April 7 at 7:30 p.m. Both events are open to the public. To learn more, visit nortoncenter.com.

About the Norton Center for the Arts

With an annual visitation reaching over 50,000, Centre College’s Norton Center for the Arts is home to a world-class annual performing arts series of professional touring artists. Site of both the 2000 and 2012 Vice Presidential Debates, the Center serves as a college and community showplace for such top national—and international—acts as Dolly Parton, Yo-Yo Ma, ZZ Top, and the Vienna Philharmonic Orchestra; along with Broadway musicals, international dance and theatre companies, and a lineup of award-winning culturally and ethnically diverse global artists. Since its opening in 1973, the internationally recognized performing arts center has helped make Danville, Kentucky a “powerhouse palace of culture” (Louisville Courier Journal).

Great performances are just the beginning of the Norton Center experience. The non-profit educational arts organization provides opportunities for Centre students—and the entire community—to creatively explore the complexities and connectedness of the human story while engaging directly with touring and local artists through jam sessions, panel discussions, workshops, masterclasses, and social events every season. In addition to the performing arts, the Norton Center boasts an expansive display of visual art and sculpture year-round, along with a rotating schedule of special exhibitions.