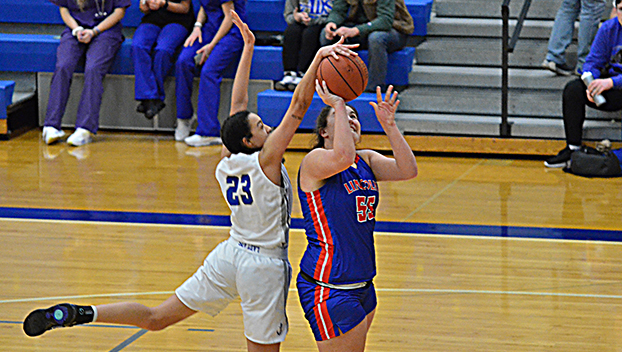 Their district games are over. Their work, of course, is not.

Two of the top contenders for the 45th District championships completed their district schedules Friday night, having done all they could do to put themselves in the best possible position to contend for their respective titles next week.

Now the Danville girls and Lincoln County boys are getting in a few more big games to make sure they’re as ready as they can be for the postseason.

“We’ve had a challenging schedule, and we’re just trying to prepare for the tournament the best we can,” Lincoln boys coach Jeff Jackson said.

And while they don’t yet know who they might play when they open the postseason, they know the path to district and regional championships is fraught with peril.

That’s why both teams are trying to steel themselves by playing some difficult opponents in the final days of the regular season following a Lincoln-Danville doubleheader Friday in which both teams won.

The 45th District pairings won’t be set until one final district doubleheader is played Tuesday between Danville Christian and Boyle County. However, here’s what we know following this weekend’s games:

The Danville girls are the No. 1-ranked team in the 12th Region in the KHSAA RPI ratings through this weekend’s games — a loss to DCA in the 12th Region All “A” Classic didn’t count in the district standings — and will win the regular-season district race by at least two games.

On the boys’ side, Lincoln is No. 2 in the region in the RPI ratings behind Pulaski County and is tied in the loss column of the district standings with Boyle, the No. 3-ranked team.

If Boyle beats DCA on Tuesday and the teams remain tied, a tiebreaker will be used to determine the No. 1 seed. A Boyle win would also leave a three-way tie for third place between Danville, DCA, and Garrard.

Now, a look back at the Lincoln-Danville games and at what’s ahead for the Patriots and Lady Admirals:

Samantha Bottom sank a pair of 3s and Love Mays and Jenna Akers hit one each during a 17-4 run that gave the Lady Admirals a 45-21 lead.

“I’m proud of our kids for running the table in the district,” Mason said.

Danville defeated DCA, Lincoln and West Carter on consecutive days to extend its win streak to 11 games since its Jan. 14 loss to DCA.

“We woke up, and it taught us a few things,” Mason said. “I’m not going to say I’m glad we lost … but I think we responded well.”

Mays and Lara Akers scored 15 points each and Desiree Tandy had nine rebounds to lead Danville, which went 4 for 9 from 3-point range in the third quarter and 6 for 22 overall.

The Lady Admirals led 49-29 with 3:00 to play, which was when their starters came out of the game for what they surely thought would be the last time. However, Lincoln, which lost its first meeting with Danville 62-34, scored 11 straight points — nine of them off Danville turnovers — to cut the margin to nine points with 1:22 remaining, and the starters were sent back in to slam the door.

“I wanted to let those younger ones play, but I also wanted to win the game,” Mason said. “I know it didn’t mean anything, but it did mean something.

“(Lincoln has) improved a lot. … They did a lot of good things that they couldn’t do the last time they played us. But my kids did what it took to win the game.”

Emily Estes led Lincoln with 14 points and 12 rebounds, and nine players scored for the Lady Patriots.

Danville’s 66-47 win over West Carter on Saturday in Frankfort began a season-ending stretch of three games against teams with top-four RPI ratings in their respective regions. The Lady Admirals play at Bardstown on Tuesday and at South Laurel on Friday.

“We don’t lack for confidence, so I’m not worried, even if we lose all three, that it’s going to tank us,” Mason said Friday.

“There’s no way that we can get through the district and get to the region if we’re not able to play teams like that.” 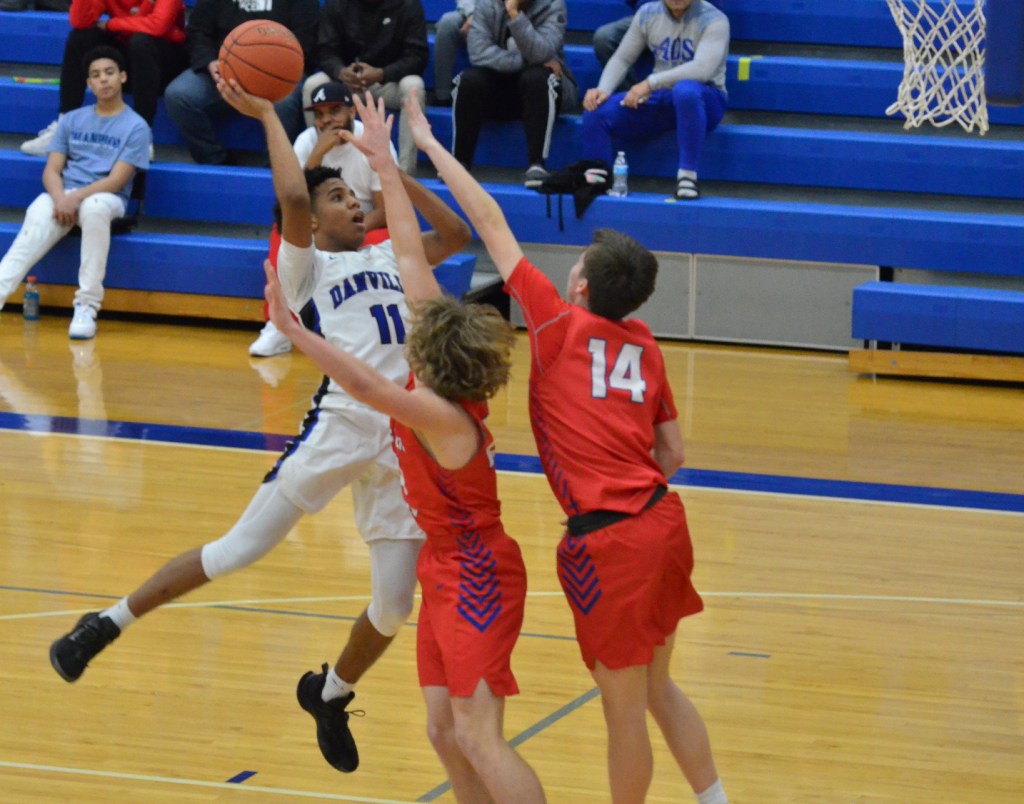 The Patriots led by 17 points in the third quarter but saw the Admirals cut the margin to 10 at 53-43 with 3:52 to play before Lincoln scored six straight points to put the game out of reach.

One Danville player was ejected, and there were four technical fouls in all.

“It was very physical tonight. I’m just really proud of our kids for taking care of the things they needed to take care of.”

Four players scored in double figures for Lincoln, led by Colton Ralston with 16 points, including nine of his team’s 13 third-quarter points.

Jarius Bryant scored 17 points and Jalen Dunn had 12 points and 14 rebounds for Danville.

Lincoln won its sixth straight game the next day with a 64-57 road victory over Great Crossing, one of the top-rated teams in the 11th Region. The Patriots visit another of the top teams in the 11th, Lexington Catholic, on Tuesday before their traditional season-ending game against Casey County on Friday.