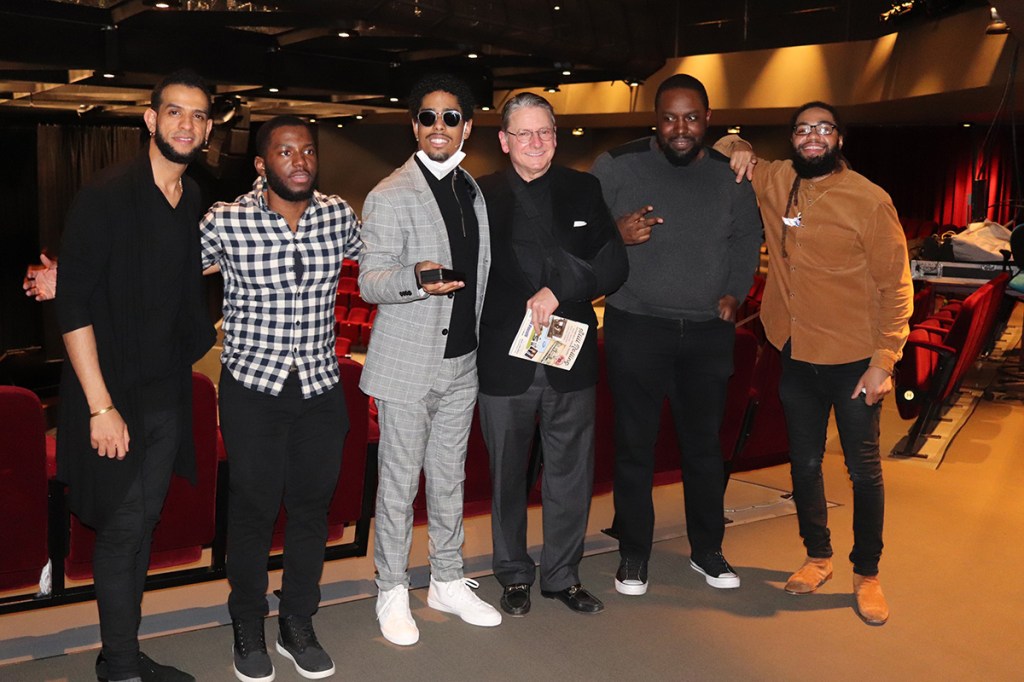 Jazz musician Matthew Whitaker, pictured third from the left, received a key to the city from Danville Mayor Mike Perros after his performance at Centre.

Jazz musician Matthew Whitaker performed at Weisiger Theatre at Centre College’s Norton Center for the Arts on Feb. 12. Danville Mayor Mike Perros gifted Whitaker a key to the city after the performance.

“Performing at the Norton Center for the Arts was such a wonderful experience,” Whitaker said. “The venue and everyone there is great. The band and I enjoyed performing for such a warm audience.”

Whitaker, 20, has been featured on TV programs such as “60 Minutes” and “The Today Show,” and wowed a near-capacity crowd in Weisiger Theatre.

“I was so surprised when I was presented with the key to the city by Mayor Mike Perros,” Whitaker said. “It is such an honor to have received it. It’s something I never expected, and it made the night even more special. I will never forget it!”