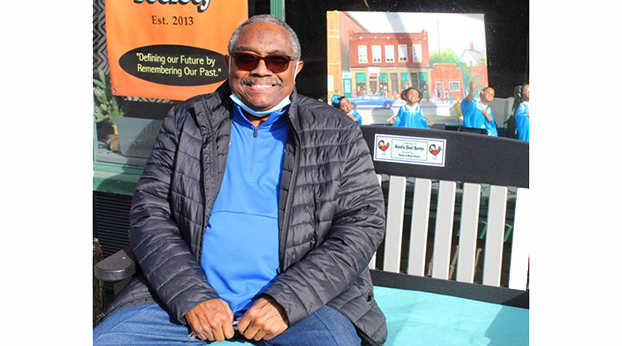 Robert “Bobby” Trumbo was the first Black male teacher at Danville High School. He started there in 1973.

As a student, he attended Bate High School starting in the mid-’50s, then graduated from DHS in 1967. Integration of schools happened in 1964, and that transition was harder on some Black students than for others.

“One of the reasons why Blacks may not have been as successful there is because Blacks closed up.”

For example, if a Black student needed someone to talk to if they were having issues with a white teacher, “They didn’t know who to go to and who to talk to to help them out because everything they saw in the schools was white,” he said. “There were hardly any Blacks.”

There were only about four Black teachers in the school at the time, none of them men.

After integration of schools in 1964, he said DHS did not hire any of the Black male teachers at Bate High School, even though some were more educated than some teachers already at DHS.

“They were highly intelligent,” he said. “They had master’s degrees. They had taught a number of years, and the male teachers were not offered a job in the Danville city school system when we integrated.”

During Trumbo’s individual experience as a student at DHS, he said it wasn’t a very difficult transition for him. When he did have issues with teachers or students, he said he asked questions and stood up for himself.

“I have never been what you’d call a defeated person because when you told me no, you had to give me a reason for the no,” he said.

“There were some times when you had little frictions and things like that, but that didn’t stop me from enjoying Danville High School.”

One subject very lacking at the time was the teaching of Black history. At Bate, teachers took time to explain how Black people shaped history. White schools taught very little Black history, he said. When they did, it was basic information only focused on a few individuals.

“You never got a full-fledged history,” he said. “I was the first Black history teacher in the school system. And I taught Black history.”

At Bate, there was always a Black history program, he said, with assemblies to recognize the importance of Black people.

After graduating from DHS, Trumbo attended Eastern Kentucky University for his bachelor’s degree and did master’s degree work at EKU and the University of Kentucky. His major was social studies and history, he said.

When he was looking for a teaching job, he applied for several jobs in different parts of the country, but he wanted to stay in the area. When he applied in the Danville school district, he was quickly hired. At first, he was asked if he could teach math.

At the start of his career with Danville Schools, however, he ended up not as a math teacher but leading a program about 16 schools in the state were doing at the time that focused on keeping kids in school so they wouldn’t drop out. The drop-out rate was quite high at the time partially due to students moving from school to school and the transition that integration brought, Trumbo said.

Through the program, Trumbo taught students who were considered at-risk, both Black and white, and had a lot of flexibility in what he taught. He enjoyed the job, and later in his career with Danville Schools, he became a part-time vocational counselor, a summer school principal at one time and the head of the social studies department.

He also was one of the teachers who helped start a Black student union at DHS, which he said was accepted and very successful.

Trumbo retired from Danville Schools in 1996.