Born in Danville Kentucky on May 21, 1938, Mary Evelyn was raised on her family farm in the Hubble community of Lincoln County, KY. She was the daughter of Samuel H. Bell and Valinda McBeath Bell.

She graduated from Stanford (KY) High School and attended the Virginia Intermont College in Bristol, Virginia. She graduated from the University of Kentucky with a degree in Elementary Education. She was a member of Kappa Alpha Theta sorority. She was a lifelong member of UK Alumni Association and was an avid UK sports fan. She taught school in the Fayette County and Jefferson County School Districts. She was a lifelong Kentuckian!

She married her high school sweetheart Thomas Franklin Ensslin August 29, 1959. She was a devoted wife, and mother, raising their two daughters.

She was instrumental in forming the Epsilon Eta chapter of Kappa Alpha Theta at Centre College and served as chapter advisor and was President of the Central KY Theta Alumni Club. She was a past member of the Society of Boonsboro, Daughters of 1812 and the St Asaph chapter of D.A.R. for 58 years.

She is preceded in death by her parents, sister and brother-in-law. She is survived by her husband of 63 years and their daughters Valinda Bell Wagner (Mitch) of Louisville KY, Mary Emily Gross (Walter) of Mercer Co, KY, her grandchildren Mary Isabel Wagner and Elizabeth Ainsley Gross and special friend of the family, Chester Ford (Kim) of Millington, TN. 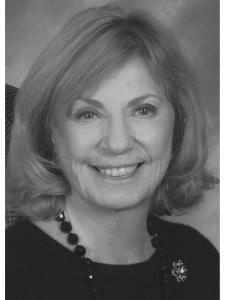