Camp Horsin’ Around saddles up for 20th year 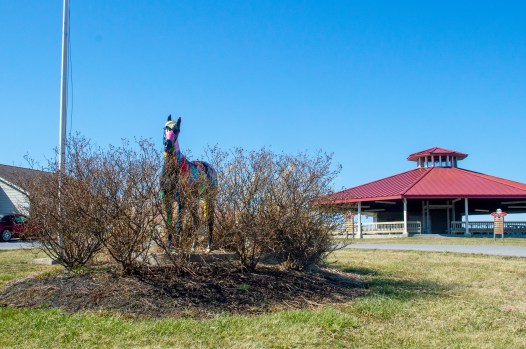 Camp Horsin’ Around’s mascot statue named Champ stands at the entrance to the camp, greeting people as they arrive. 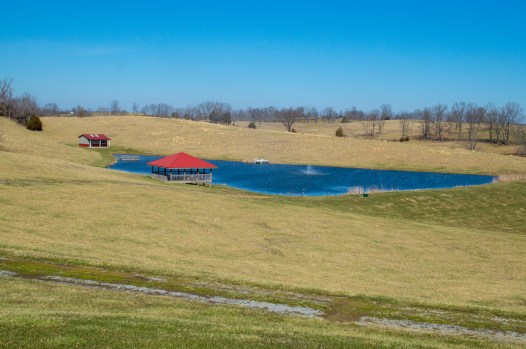 Camp Horsin’ Around has a small pond with a fountain, boats and fishing. - Photo by Fiona Morgan 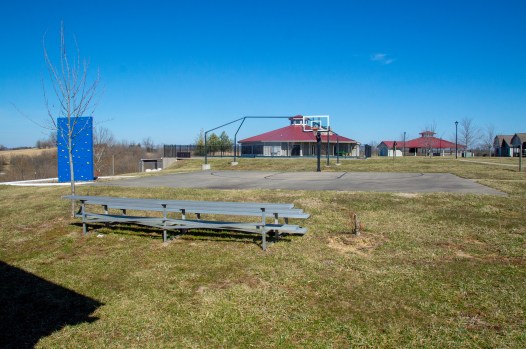 Camp Horsin’ Around has a basketball court, climbing wall, swimming pool and many other activities. - Photo by Fiona Morgan 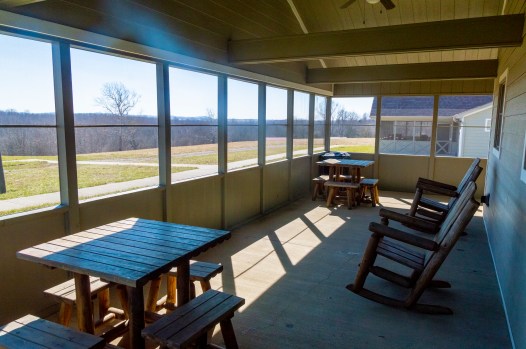 A view from the screened-in porch of one of Camp Horsin’ Around’s five cabins. - Photo by Fiona Morgan 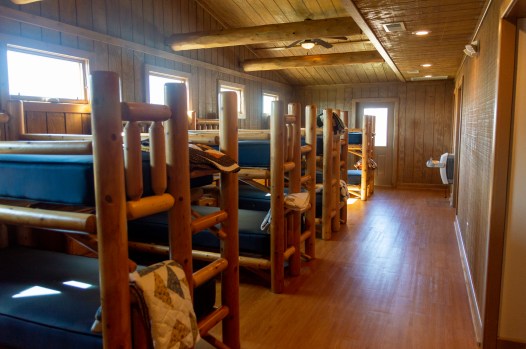 The cabins at Camp Horsin’ Around have bunk beds on two sides and bathrooms in the middle. 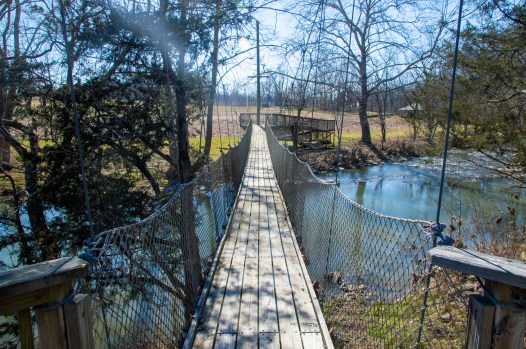 On the far side of its property, Camp Horsin’ Around has a swinging bridge that’s ADA accessible, which leads to an archery range and fire pit. - Photo by Fiona Morgan 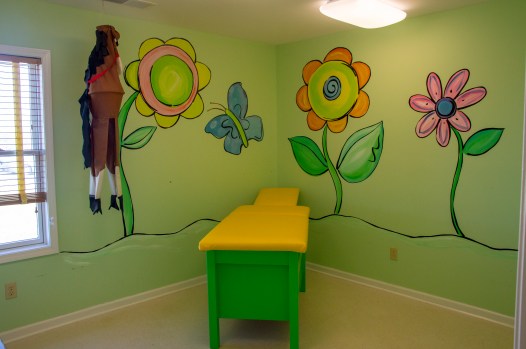 The Bandaid Barn at Camp Horsin’ Around sets the camp apart from traditional camps; it allows them to treat kids with chronic and serious medical needs while attending the camp. - Photo by Fiona Morgan 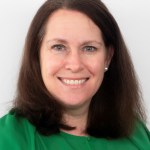 Kendall Anderson is the new director of Camp Horsin’ Around.

Camp Horsin’ Around is back for the 2022 season with a full camp schedule and a new director. This year is the camp’s 20th anniversary.

For the first time since before the pandemic, the camp is offering all of its regular camps at full capacity. They closed completely in 2020 and offered limited events in 2021.

The camp sits on 191 acres in Perryville. It serves children with special needs or who are health compromised, partnering with agencies in Kentucky.

Their normal season starts with weekend camps in May and goes to week-long camps for eight weeks from June to the end of July.

New this year is a mini-golf course, which will be constructed in April, in time for summer camps. It will have nine holes but 18 tee boxes.

Board member of the camp Brant Welch said, “We’re thrilled to be back; it’s been a long road, and we hated it that children who had looked forward to this in the past couple of years couldn’t go, it’s been challenging.”

Welch helped hire the camp’s new director, Kendall Anderson. Anderson has worked at nonprofits for more than 20 years. She served in leadership roles with the United Way of the Bluegrass, the American Heart Association, and spent 12 years at the American Cancer Society.

“I’m very familiar with medically-based health nonprofits, and it’s something near and dear to my heart,” Anderson said.

Anderson also has a personal connection to children who have been health compromised. Her 10-year-old son Hayden has 22q Deletion Syndrome, which is a genetic disorder that deletes part of chromosome 22. It’s the second most common chromosomal disorder.

Unable to attend traditional camps, Anderson took Hayden to a camp in the Poconos similar to Camp Horsin’ Around. She said that camp positively impacted his life and development not just in the short term, but in his life afterward.

“The confidence and independence we saw in him increased his social skills,” Anderson said. “Knowing that [camp] was an opportunity professionally to merge my own skill set in the nonprofit realm, as well as our family mission to bring awareness and accessibility to all children regardless of their health situation.”

Anderson is a native of Lexington and a graduate of Transylvania University. She has a daughter, Madelyn, who is a sophomore Marketing Major at Mississippi State University.

“Kendall has a great passion for the work of the camp and how it helps children,” Welch said. “She’s really hit the ground running and has a lot of great ideas of how to improve the camp.”

The camp is holding a business after-hours event on May 26 from 4 to 6 p.m. for chambers of commerce in the area, in Boyle, Mercer, and other surrounding counties. Anderson encourages people to come to learn about and get tours of the camp.

Camp Horsin’ Around serves those with serious and chronic medical conditions and special needs like cancer, autism, blood disorders, diabetes, and orthopedic/neuromuscular conditions. They also have camps for children coping with the loss of a loved one, and siblings of children with health needs.

“It gives them an opportunity to just be a kid,” Welch said. “When they’re getting treatments in hospitals, they’re not able to go to a regular camp because it may not be set up to treat them.”

The camp has five furnished and air-conditioned cabins that can fit 140 people total. It has a dining hall and medical building they call the Bandaid Barn. The Bandaid Barn allows them to treat kids with chronic medical conditions like cancer while they stay at the camp.

“The [Bandaid Barn] is a large part of what allows us to do what we do; it sets us apart from traditional camps,” Anderson said.

On a normal day, campers do all kinds of activities, like arts and crafts, playing basketball, gaga ball, going on the climbing wall, in the swimming pool, or to the archery range.

The camp also has a low ropes course, a pond with canoes, kayaks, and fishing, and a swinging bridge over a creek that is wide enough for wheelchairs. The other side of the bridge has a shelter area with a fireplace.

Groups mainly come from different areas of Kentucky, but also from Indiana and Tennessee. The camp works with partner agencies who contract groups to go there, like the Kids Cancer Alliance in Louisville, which Kendall said is one of their biggest partners.

Despite the name, Camp Horsin’ Around does not have horses on the property. However, some groups partner with organizations that bring horses out. They proudly display a statue of their horse mascot, named Champ, by the flagpole at the camp’s entrance.

Everything in the camp is ADA accessible. They serve about 1300 campers per year from ages six to 18. They are currently hiring summer counselors, lifeguards, and kitchen staff.

Welch wants to thank their donors, who offered generous support during the camp’s closure in the past two years.