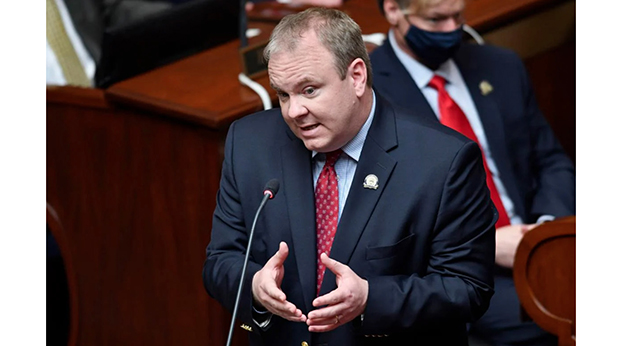 Kentucky House Rep. Jason Nemes sponsored a bill in favor of medical marijuana in Kentucky, which cleared an initial hurdle when a House committee advanced a bill to legalize the use of cannabis for medical purposes. Nemes said the bill features layers of safeguards, acknowledging that it’s drafted “tighter” than he’d prefer in hopes of building more support. - Kentucky Today photo

FRANKFORT, Ky. (KT) – Sen. Whitney Westerfield understands the many reasons to be afraid of the medical marijuana bill that is being debated in the General Assembly. He has concerns himself about it and said he would never be 100 percent comfortable with it.

However, he is “yes” vote for Kentucky House Bill 136 – the medical marijuana measure that is gaining steam like a runaway locomotive. It zoomed through the House Judiciary Committee with a 15-1 vote on Thursday and moves to the full House floor this week.

The support of lawmakers like Westerfield and Rep. Joe Fischer, R-Thomas, a social conservative who is running for the Kentucky Supreme Court, has helped HB 136 build momentum.

Westerfield said he did his own research of the 2020 bill and worked with bill sponsor Rep. Jason Nemes over a series of months to make suggestions for improvement.

As he has diligently done in previous year, Nemes worked through the changes, snugging up the bill to where a House panel gave it 15 of 16 thumbs-up.

However, the bill is not short of its detractors including Sen. Ralph Alvarado, a physician who says the General Assembly is stepping out of its lane in determining what is medical.

“I don’t think it’s a good idea,” said the Republican from Winchester. “I have no problem taking plants, extracting compounds, and finding medical uses going through the scientific method. That just hasn’t been done with raw plants. I can’t be supportive of it.

“There’s a reason why the Kentucky Medical Association, the American Medical Association and a lot of European associations don’t support this. When you start calling raw plants medicines, let our scientific community make that determination. To call it medicine implies safety.”

Thirty-seven states have approved medical marijuana, but Alvarado said many of those lawmakers are “regretting those decisions.”

“You can talk to a lot of legislators in other states who look on it with some regret now. The black market hasn’t gone away and it’s causing a lot of other problems.”

Todd Gray, the executive director-treasurer of the Kentucky Baptist Convention, weighed in on the measure, too.

“I think we are all sympathetic to anyone who is dealing with chronic pain or illness who could be helped by the potential medicinal benefits of marijuana,” Gray said.

“At the same time, I have real concerns about this bill being the first step toward legalized recreational marijuana use in Kentucky. The federal government still classifies marijuana as a Schedule 1 narcotic which means it has a high potential for addiction and abuse. It seems the FDA is better positioned to give guidance on this matter, and we should not get ahead of the research.”

Even Westerfield, who said he was a “yes vote” but not a cheerleader or champion for the bill, understood the downside.

“I worry about where this takes us next, ignoring federal law, increasing access to marijuana for youth and young adults. The cases I tried as a prosecutor give me the most concern. They were the young adults and some were high as a kite on marijuana.”

Westerfield said it was the pleading people who gave him pause to try and make medical marijuana work in Kentucky.

“I know I had a fellow church member, as godly a person as I’ll ever meet. that had loved ones, that I personally know, who died from cancer. They said, ‘Whitney, if mom or brother or father hadn’t had marijuana the last six months, they wouldn’t have been able to sleep or eat.’ People I’ve known too long who never ask for anything.

I still have all the concerns. It’s tightly regulated and, I have to say, even more tightened since I’ve gone through it.”

Kentucky House Bill 136 still has a big hurdle if it reaches the Senate, which is where the 2020 version of the bill died. But advocates of the measure are growing increasingly confident. The bill’s supporters said medical cannabis would ease the suffering of many Kentuckians.

“The best part about this bill is it lets sick people get safe product,” Nemes told the House Panel. “This is the perfect bill and is the right thing to do.”

The measure legalizes doctors prescribing marijuana to patients with eligible conditions, along with a new bureaucracy to strictly regulate it from plant to processor to dispensaries in what Nemes said “will be the strictest medical program in the country.”

Alvarado bristles at lawmakers making medical distinctions and he has history behind it.

“The General Assembly does not have a good track record of what is good and what is bad as it relates to medicine,” he said.

Alvarado said a chemotherapy agent called laetrile was deemed to be a cancer miracle drug in the 1970s and 1980s but the FDA had determined it should not be used.

“It was available in Mexico, Central America, and the Caribbean to fight cancers,” he said. “People in the U.S., and Kentucky, said ‘I should have a right to choose what kind of chemo I can take. You need to act.’ The General Assembly put that in our statutes, to allow laetrile.”

He said actor Steve McQueen, in his battle with cancer in 1979, went to Mexico for the treatment and it eventually took his life. “People said, ‘Oh, this can cause problems,’’’ he said. “It took until 2016, when I came on board with the General Assembly, decades later (from went it became a statute), to take that out of the law.”

“The point of that is, the General Assembly is not a scientific body. They don’t know how to interpret data,” he said. “They claim all kinds of science behind it but there’s a lot of emerging science saying this is not a good idea, particularly in people in ages under 25. It leads to a lot of severe mental illnesses and in some cases worsening PTSD. It’s not deemed safe by the FDA which has marijuana as a Schedule I drug. It’s not the General Assembly’s place as to what should be called a medication. It’s up to the scientific communities and medical communities.”

Alvarado said he’s not aware of any plant being called a medication.

Nemes underscored the bill is not intended to keep the door open for more marijuana in Kentucky.

“This is not a wink, wink, nod, nod to get to recreational,” Nemes said.

This will be the third time he has sponsored the legislation. It did not receive a House floor vote the first time and in 2020 it cleared the chamber with a strong 65 votes, but the session ended prematurely because of the COVID-19 pandemic with the Senate never taking a vote.

Nemes said, in the legislation, there are only five medical conditions listed where medical marijuana could be approved: cancer at any stage; chronic, severe, intractable or debilitating pain; epilepsy or other seizure disorders; Multiple Sclerosis; and chronic nausea.

The bill would divide the process of delivering the product into four places: the farmer who grows the product, the processors, dispensaries, and safety testers. While anyone could be in any number of the first three steps, safety testers could only operate in that category. No physician or pharmacist could be involved in any part of the processing, Nemes said.

The bill would make medical cannabis legal statewide, but county fiscal courts or commissions could vote to disallow it, Nemes said. However, he added, communities within those counties would have the option to allow it.

If the measure becomes law, it could take effect this summer. But regulations would still have to be put in place, meaning medical cannabis dispensaries would not open immediately, he said.

Rep. Kim Moser, R-Taylor Mill, who has a healthcare background, was the lone dissenting vote on the committee. Moser said she had heard from physicians who have concerns with legalization.

Westerfield said the medical marijuana measure has its share of unknowns and even unwanted knowns.

“I’m a yes vote but I’ll never be completely comfortable,” he said. “I know full recreational (marijuana) will be next. It’s all a risk. (But) I know people I’ve heard from are going to be able to get access to something that before they’d have to break the law to get.” 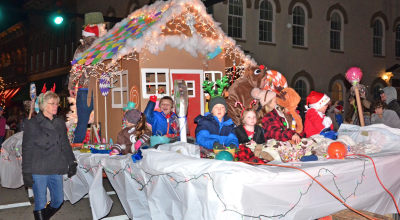