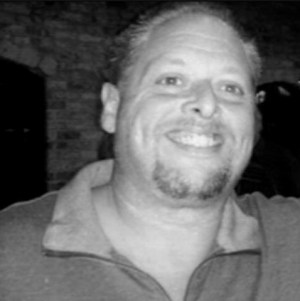 Carl “Dallas” Kimberlin, of Springtown, Texas, went to be with the Lord Thursday, March 10th, 2022, after an unexpected pulmonary arrest. He was surrounded by his wife and close family. Carl was born July 21 1967, in Danville, Kentucky to Terry and Linda Kimberlin, the oldest of two children.

The Kimberlin family moved to Texas during Carl’s childhood which eventually led to him attending Haltom High School in Haltom City, TX. It was during this time that he met his wife Lisa “Mikki” Kimberlin in 1984.

Carl and Mikki had their only daughter, Jessica in 1988. While they loved their daughter and loved each other, life took them in separate directions for a time period; however, in the end their love brought them back together.

When they reconnected, Carl moved back to Texas from Kentucky to be with his family which now included two stepsons, Douglas and Darian Byers. A.k.a his “Home Fries”.

Carl had a big heart, quick wit, robust sense of humor and an unwavering faith. It is often said that Carl never met a stranger, no matter where he went. He was selfless in his giving and if there was a need, he absolutely tried to fill it. He probably missed his true calling of being a comedian and it was his goal in life to bring those around him much laughter and joy, of which he did.

Carl lived life to the fullest and although his health began deteriorating in recent years, he still found the strength to crack a joke, make someone smile and bring on the laughter. Humor was his way of endearment and those who he cared for the most where gifted with funny nicknames and phrases he would often say.

While Carl tried to fill his life with humor and laughter, no matter how hard life got or how many times life knocked him down, he knew who was there to pick him up.

He made a note in his Bible that said “When you are down to nothing, God is up to Something”.

Carl had a vast knowledge of the bible, an incredible recollection and loved a good debate from time to time. In the end, we find comfort in knowing that he knew Jesus.

Carl lived an adventurous life and had the opportunity to live in multiple states. He lived in Arkansas, Colorado, Texas and Kentucky. Kentucky is where “his peoples” were from and also what he considered “Home”. Carl was a hard worker and loved serving others. He loved waiting tables and his guests would always be amazed that he never wrote down an order! He would just simply tell them he had it memorized and to their amazement the order would arrive correctly. In 2008, while working at O’Charleys in Danville, Kentucky Carl was voted and received an award for “Best Waiter in the Region”.

Carl was giving in so many ways, often with no one knowing. If you needed a tool, he had it; if you needed advice, he’d give it; if you needed a shoulder, his were strong enough to handle anything. Another representation of Carl’s big heart was his support of family. He was everyone’s biggest cheerleader and when his daughter wanted to move to Montana in 2013 to pursue opportunities, he simply told his wife, Let her go, its time for her to spread her wings and fly. He taught his stepson Darian how to drive and when Douglas wanted to start his own woodworking business, Carl made sure he was equipped and ready for the job.

Carl is survived by his wife, Mikki Kimberlin of Springtown, TX; His daughter, Jessica Watts and spouse Chris of Washington, Indiana. His stepson, Douglas Byers and wife, Becca of Granbury, TX.

Memorials may be made in Carl’s name to a church or Christian organization of your choice. Graveside service will be 5pm Friday, March 18, 2022 at Highland Methodist Church Cemetery. www.preston-pruitt.com