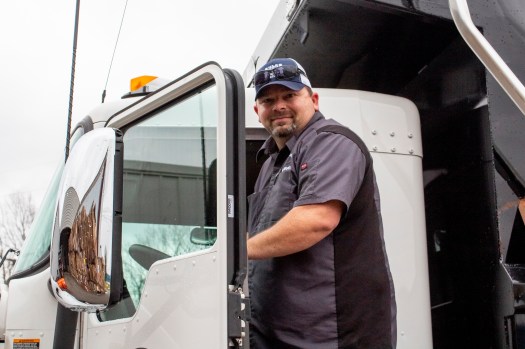 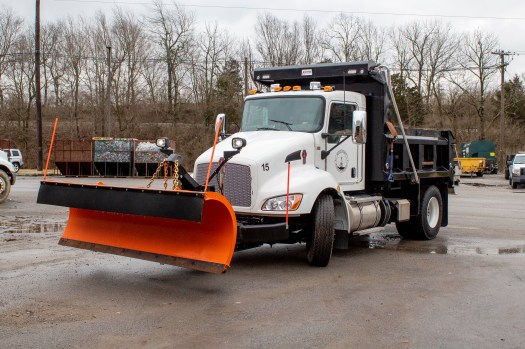 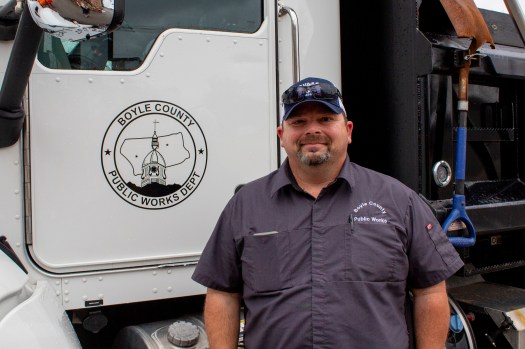 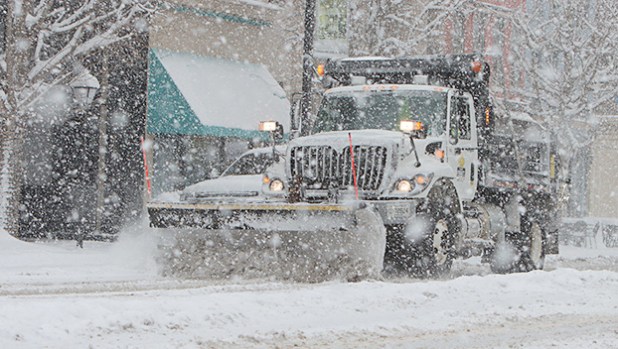 Progress 2022: This is the first in a series of stories that will focus on people, many of whom work around the clock to make our community a better place to live. A new story will be published in the Friday edition of The Advocate-Messenger throughout the series.

Winter is almost over, but even in March there’s still a chance that Old Man Winter could rear his ugly head. If he does, the Boyle County Road Department will be ready.

While most people can enjoy staying inside and off the roads during a snowstorm, road department workers are tasked with the opposite. Workers at Boyle County’s road department are sometimes plowing and salting streets for 36 hours non-stop.

One Boyle County worker, Cody Lister, said those kinds of hours in a truck are rough, but they are committed to getting the job done.

“We’re out until it’s done, until the roads are cleared,” Lister explained. “Being up in a truck all day, you’re fatigued; a lot of people don’t understand how hard it is on you to be in that truck that long, and most of us are older, so you get stiff in your back.”

The Boyle County road department, which is part of Public Works, covers all roads in unincorporated parts of the county, not including the cities or state highways.

The state of Kentucky has crews that plow and salt state highways in the county, as those are priority roads. While Boyle crews salt only their roads, Lister said he usually still has to plow state roads to get to the rural county roads.

Lister’s route starts on Highway 34. He makes his way to the knob region toward Parksville and Mitchellsburg. He plows and salts the hilly, narrow roads like Tank Pond, Chestnut Grove, Chambers Cemetery, and others between routes 34 and 37.

“Snow removal is probably the toughest part of the job, and it’s not the safest thing in the world either,” said Public Works Director Duane Campbell. “Those trucks don’t stop easily and sometimes get stuck.”

During a snowstorm this past January, Lister said he was plowing and salting roads for 36 hours with just a four-hour break. He explained that workers would rather get it all done at once so they can properly rest afterward.

“Getting up at 2 a.m. because a storm’s coming through, it’s hard on you,” Lister said. “When you’re stuck in a truck that long, it’s like driving to Florida four times, non-stop.”

“It’s kind of family-oriented here, we can get on each other’s nerves, get mad at each other, but it’s almost like an immediate family kind of deal, like we’re buddies five minutes later- especially if one of us brings donuts, we all are happy; Duane brings donuts a lot,” he said.

Lister said Campbell is a great boss and takes care of his workers.

“I couldn’t ask for a better supervisor than Duane Campbell,” Lister said. “You don’t find that often when you’re dealing with the government, and I like what I do. I don’t like being enclosed in an office, I like to get out; I’ve always been a hands-on kind of person.”

One big problem for them in the county is vandalism on road signs. On rural roads, people spray paint the signs and take them down, and workers have to change them out constantly.

Despite being a smaller county with a smaller budget, Lister said they have great equipment that allows them to do their job well.

“The fiscal court has done good by us, they keep us with new equipment,” he said. “A lot of small communities’ governments don’t have the equipment we actually do have here- the good equipment you need to maintain the infrastructure of the county.”

Lister loves meeting people in the community, and enjoys spending time with his co-workers. He said the department doesn’t have much turnover, that usually the only time people leave is when they retire. They have workers who have been there for 20 to 30 years.