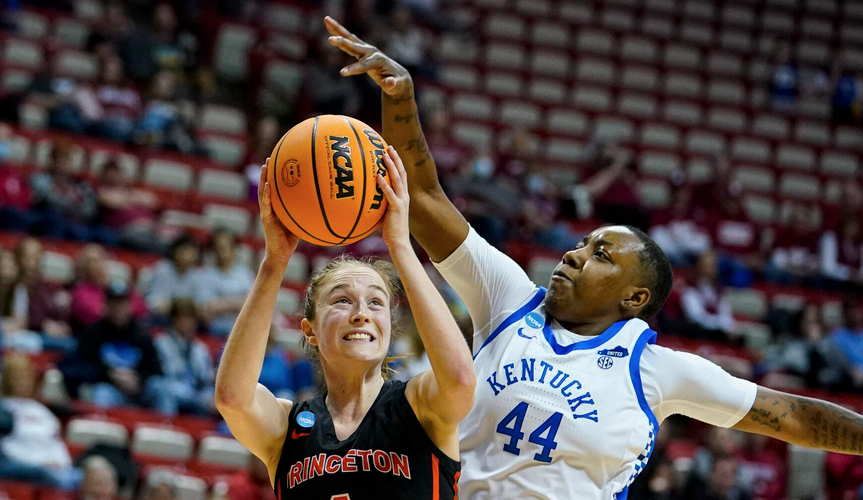 Princeton guard Abby Meyers (1) shoots in front of Kentucky forward Dre'una Edwards (44) in the second half of a college basketball game in the first round of the NCAA tournament in Bloomington, Ind., Saturday, March 19, 2022. Princeton defeated Kentucky 69-62. (Photo from Kentucky Today)

Three starters on the Kentucky women’s basketball team have thrown their names into the transfer portal less than a week after the team’s season came to and end with a 69-62 loss to Princeton in the NCAA Tournament.

De’Una Edwards, Jazmine Massegill and Treasure Hunt have entered the portal. All three players started for the Wildcats this season and it was Edwards who hit a game-winning 3-pointer in a stunning 64-62 upset over top-ranked South Carolina in the Southeastern Conference Tournament championship game.

In addition to the departure of standout Rhyne Howard, who likely will be one of the top players chosen in the upcoming WNBA Draft, Kentucky coach Kyra Elzy will return just two of her top six scorers from this year’s squad that finished 19-12. The Wildcats began the season with a 9-11 record before winning 10 straight prior to the tournament loss to Princeton.