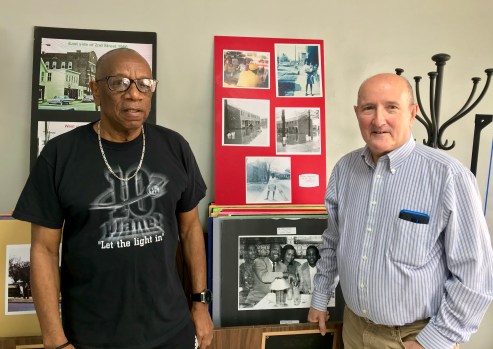 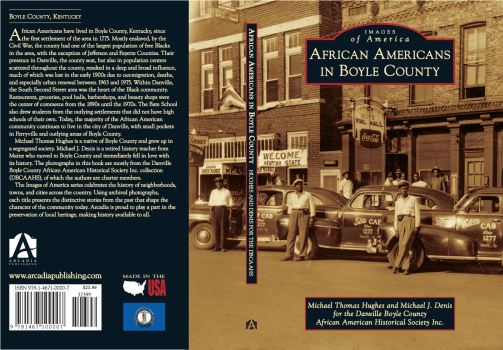 Final draft of the book cover 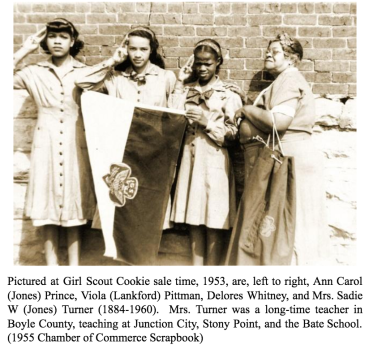 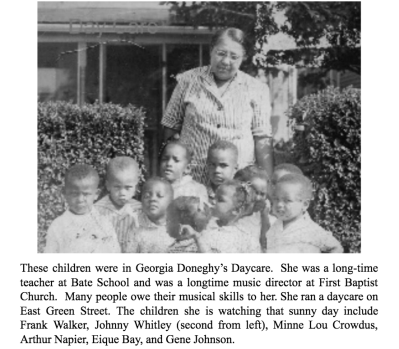 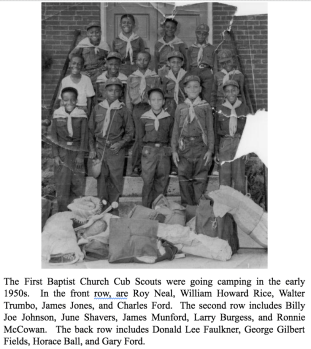 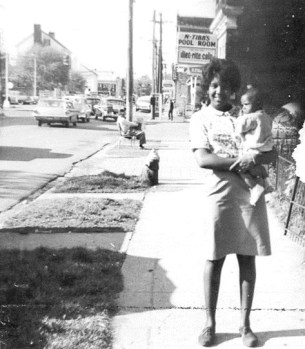 The DBCAAHS had posted this photo on their Facebook page, not knowing who the people were. People came forward to say that it was Beverly Jean Jones and her son Doug on South Second Street.

Two local historians, Michael Hughes and Mike J. Denis, have compiled photos based around black history for their upcoming book, “African Americans in Boyle County.” The book will be published in either September or October. UPDATE: the book has been published as of August.

“When it comes to black history in this county, it’s like we’re putting together a huge puzzle, where we have no idea what the picture is, we don’t know how many pieces there are, and every time we turn around we find a new piece,” Denis said.

Hughes, president of DBCAAHS, is a native of Boyle County and grew up when the county was still segregated. Denis is a retired history teacher from Maine who moved to Boyle County and started to learn about its history.

Before the society started, Hughes had been collecting photos of African Americans in the county since the late 1990s. He was a caretaker of two of his great aunts when they got older. When they passed, Hughes cleaned out their house and found pictures from 2nd street, which was the district for black-owned businesses in the mid 20th century.

Hughes posted those photos on Facebook, and people came forward with information about people in the photos. Hughes received several big collections of family photos over the years from people in the community.

He said one time someone called him with a tip that a collection of old family photos was lying out on the street, thrown out after someone’s moving day. Hughes immediately went over to rescue the photos. After some research, Hughes learned the family in those photos was one of the biggest African American landowners in Danville at the time.

With over 900 members in the DBCAAHS Facebook group, Denis said whenever they post photos to the group not knowing who people in the photos are, people come forward with names and information about them. Denis said Facebook and community members have been a huge help in identifying people.

Denis, who has been part of several historical societies, said that while other societies have many books and documents, he has never seen as good of a collection of photos as in Boyle County. He said photos are what people connect with more when they look at history.

Hughes and Denis had collected over 11,000 pictures to choose from when putting together the book. The photos had to be good quality and not pixelated or blurry, with no newspaper scans or photocopies.

While they would have loved to use hundreds more photos, they narrowed it down to a final 213 photos. The book will be 128 pages with two photos per page, and each photo will have a caption with information.

Published with Arcadia Publishing, the book is part of their very large “Images of America” series, which focuses on historical pictures of American towns. Just the state of Kentucky has 113 books in that series.

The book will have chapters on churches, businesses, organizations, schools, neighborhoods, and one general chapter on people. The cover features several cab drivers on 2nd Street in front of the black business district.

In what is now Constitution Square Park, there was a row of buildings of black-owned businesses, which were torn down during the urban renewal of the late 1960s and 70s to encourage integration.

The book talks about how that district was a gathering place for African Americans in town who may not have been allowed in other businesses. Denis said, unfortunately, much of the black community was destroyed due to the buildings being torn down.

Buildings include the three-story Doric Lodge and Singleton’s Market, the two-story Elite Pool Hall, which was formerly Green Pastures Restaurant, and Elite Cab Company. All that remains now is the Goldsmith House, which had been the meeting place of two African American women’s clubs back in the day, the Domestic Economy club and Sunshine club.

The book will feature women in those clubs, and many others who were part of the community but not necessarily famous. While it will picture some famous people, Hughes said they wanted to focus on the average Joe.

“I wanted to celebrate the everyday person, the person that might not have done anything but sit on 2nd Street and drink whiskey all his life, but he was here, he was a part of the community,” Hughes said.

With more photos they want to share, their collection continuing to grow, Hughes and Denis said they hope to put together a second edition by independent publication at some point in the future.

The book will be for sale at the History Center, which opened in 2020. People can contact the DBCAAHS to be put on a pre-publication list, and they will be notified when the book is released.

It will also be sold at the annual Soul of 2nd Street Festival, happening on August 27 at Constitution Square, a day after the History Conference at the library.