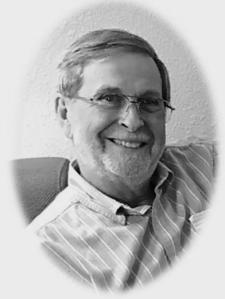 John Paul (JP) Brantley, 81, died peacefully at home, surrounded by his family, on Wednesday, January 26 after a long illness. He was born January 14, 1941 in Kilgore, Texas, to the late Benjamin S. Brantley and Beulah Kennedy Brantley.

JP developed an interest in and talent for music at a young age. He began playing the Baritone horn in 7th grade at Pine Tree Middle School. By 9th grade, he was the Student Conductor of the Pine Tree Concert Band and an award-winning Baritone player.

The family moved to Schertz, TX, near San Antonio, in 1955 where he continued his academic and musical excellence at Schertz-Cibolo High School. In addition to being the Valedictorian of the Class of 1958, he won the coveted “John Philip Sousa Award” that year. He also played baseball and ran track while in high school.

Following in his brother Danny’s footsteps, he enrolled at Baylor University to begin his college career. After one year he transferred to Trinity University in San Antonio where he sang in the A Cappella Choir, was a member of the San Antonio Opera Company for three years, and earned his Bachelor of Music degree. He continued his musical studies, performing and composing, at Texas Christian University where he was awarded a Master of Music degree in 1964.

At age 23, he became the Head of the Music Department at Weatherford Junior College in Weatherford, Tx, where he taught, and conducted choirs and orchestras until enrolling at the University of Iowa to pursue a Doctorate of Music degree in the early 70’s. His thesis, The Serial Choral Music of Igor Stravinsky, was successfully defended in July, 1978.

Brantley was an Associate Professor of Music at Centre College, Danville, KY, from 1974 until 1991 conducting orchestras, choirs, and teaching. He founded the Centre Singers, an outstanding concert choir, which continues to this day.

Taking a break from academic life, he worked at Modine Manufacturing, Harrodsburg, KY, in the Human Resources Department until 1999 when he joined the staff of the Appalachian College Association, based in Berea, KY. While at the ACA, he assisted the Deans and Chief Academic Officers of the 26 member colleges with grant applications to the Mellon Foundation and in the development of collaborative, interdisciplinary courses among the member institutions. He retired in 2004.

Brantley was a charter member of the Advocate Brass Band, playing his alto horn for the first concert at a political rally in 1987, in seasonal concerts, on three international tours to Europe and Trinidad and Tobago, and in every Great American Brass Band Festival until the 25th in 2014. JP and Jane hosted many prize-winning tables at the Great American Picnic from 2001 through the 30th event in 2019.

In addition to the international tours with the Advocate Brass Band, the Brantleys traveled to China, Taiwan, Viet Nam, Cambodia, Egypt, England, Ireland, and Spain.

Community involvement was important to JP. For many years he regularly attended Danville City Commission meetings, often speaking during the “Hear the Public” portion of the meetings. He took detailed notes on the proceedings of each meeting and sent summaries to an email list of over 250 people. He served the City as a member of the Ethics Board. He was an active member of Kentuckians for the Commonwealth, the Democratic Party, and a local group, “Citizens Opposed to Pipeline Conversion”, that worked to stop a controversial natural gas liquids pipeline project.

In 1999 while honeymooning on Little St. Simons Island, GA, JP and Jane became interested in bird watching. To help increase their identification skills, they participated in the Audubon Society Christmas Bird Count for Boyle County for many years. JP always liked to say that he could spot the birds so Jane could identify them. They returned to Little St Simons Island annually for 20 years, usually scheduling the trips for the spring or fall “birding weeks”. Even as his health declined, he took great pleasure in watching the birds at the feeders in their courtyard garden.

Brantley was a person of deep faith and his church work was an important part of his life. He was an active member of Trinity Episcopal Church and for several years, the Church of the Resurrection in Jessamine County. In both parishes he sang in the choir, served on the Vestry and as deputy to many annual conventions of the Episcopal Diocese of Lexington. In service to the Diocese, he was elected to the Executive Council, the Standing Committee, and as a Lay Deputy or Alternate Lay Deputy to four national General Conventions of The Episcopal Church.

JP lived a full and productive life. He enjoyed great music, well performed; a pour of good bourbon, a great meal, often at Jane Barleycorn’s; and time with family and friends. He loved well and was well loved.

The Funeral Service will be Saturday, April 23, 2022 at Trinity Episcopal Church, 320 West Main St, Danville, KY, the Rev. Joseph M.C. Chambers presiding. Musical Prelude will begin at 11:15 am and the Service at Noon. In lieu of flowers, memorial gifts are suggested to Trinity Episcopal Church or The Cathedral Domain Episcopal Camp and Conference Center. Arrangements by Stith Funeral Home. Our online guest book and our Hugs from Home program are available at www.stithcares.com