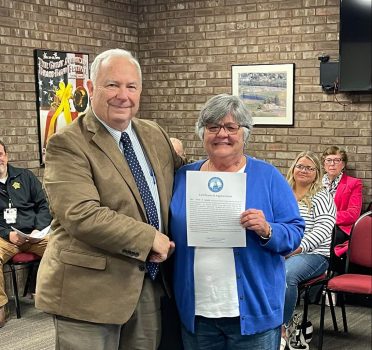 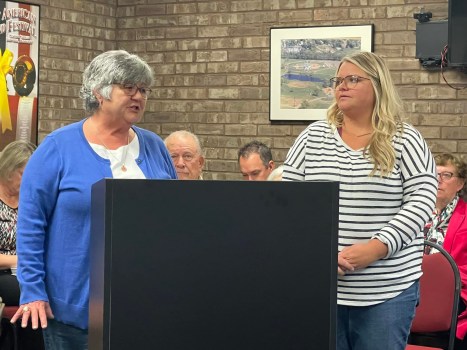 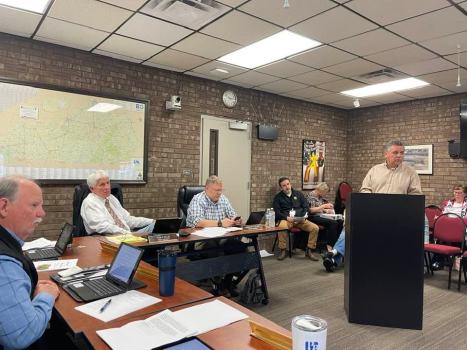 The Planning and Zoning (P&Z) commission presented their proposal for new solar farm regulations to the Boyle County Fiscal Court on April 12.

The court had put a moratorium on solar farms after rumors that a large solar farm might be coming to the county. The rumor that turned out to be true was that a solar company had been working on a contract with a local farm. In response to other solar companies expressing interest in the county, P&Z has been working to update zoning ordinance chapter 5.

P&Z has been discussing the amendment since the beginning of the year. They have heard testimony both from local farmers who want an option to use their land for other income, and organizations that are in support of solar farms but point out the need for regulations that would protect the land.

One major topic in discussion was the decommission and reclamation of property after a solar farm closes. P&Z Director Steve Hunter said their proposal will not cover decommission because it’s too big of a project for the county to handle.

He said a new state law would likely take on decommissioning and reclamation at the state level. Other state laws will refer to counties’ P&Z commissions for other decisions.

The solar farms these rules would apply to are facilities regulated by the state that sell power wholesale into an electric grid; not for anyone who uses solar panels but doesn’t sell the power. Hunter said commissioners agreed that those types of facilities should generally go on industrial land.

The Fiscal Court can either reject the proposal, make changes, or accept it as is. After some discussion, the court decided to not take a vote, and tabled the matter. Judge-Executive Howard Hunt said magistrates might want to speak to organizations that made testimonies, and P&Z members.

“I think we need to examine a whole lot more information, this recent submission by the Smart Growth Group, some other things, there’s a lot more that we need to know before we make a decision,” Hunt said. “I lean toward some aspects of this recommendation, and there’s some that I don’t.”

The court extended the moratorium from May 1 to July 15.

Hunt presented Goode with a certificate of appreciation, part of which states, “Goode worked with the Economic Development partnership, the Boyle County Fiscal Court, the Perryville City Council, and the Commonwealth of Kentucky to effectively promote the economic and tourism viability of downtown Perryville, and specifically Merchants Row…

“…Vicki was instrumental in bringing businesses to Merchants Row, and helped develop fundraising activities such as the Turtle Derby to aid in restoring and maintaining properties in and around Perryville,” Hunt said, reading the certificate.

Goode said she had always wanted to help businesses in downtown Perryville. She thanked everyone for their support.

“I want to welcome visitors and guests to learn more about the community and I think we’ve done a pretty good job saving the buildings, at least for right now, and hope that that continues on because it’s a very important part of Kentucky and Boyle County,” Goode said.

Aly Huff, who is on the Main Street Perryville board of directors, was hired as the new executive director.

Huff was born and raised in Danville and moved to Perryville after she got married. She worked at the Perryville Farmers Bank for 10 years, was a history major in college, and has a passion for Perryville’s history.

“I’m excited to strengthen relationships with those who help benefit Perryville,” Huff said.

“I think you all will enjoy working with her; she’s very gifted, talented, loves history, loves Perryville, and she will do a wonderful job continuing Main Street Perryville,” Goode said.

• Passed an ordinance to establish a home incarceration program for the Boyle County Detention Center. The program may start by July 1.

• Approved a road acceptance at section 5 of the Hunt Farm.

• Passed the first reading of an ordinance amending the code of ethics.