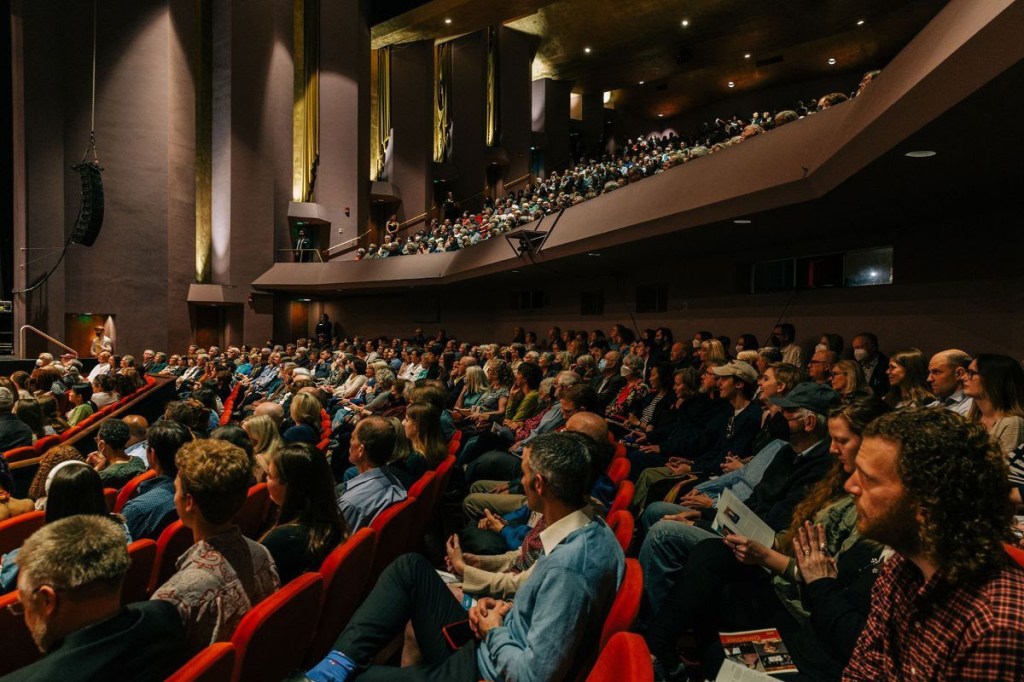 Yo-Yo Ma and Kathryn Stott performed in front of a sellout crowd at Centre College's Norton Center for the Arts. Photo by Rebecca Redding.

The world’s premier cellist Yo-Yo Ma and star pianist Kathryn Stott performed in front of a sellout crowd at Centre College’s Norton Center for the Arts on April 21.

It was the only stop in Kentucky for Ma and Stott in 2022, a tour which also features stops at the University of Notre Dame and the Kennedy Center in Washington, D.C.

“We are so thrilled to bring premier artists to the community and Centre College,” Norton Center Executive Director Steve Hoffman said. “Yo-Yo Ma and Kathryn Stott are masters of their craft, and to hear their performance in such a great venue like Newlin Hall is something everyone should witness. We were the smallest community, by far, to be part of Yo-Yo Ma’s 2022 tour and our community showed the artists true Kentucky hospitality.”

It was a sellout show for the Norton Center, which boasts 1,472 seats in Newlin Hall. Those in attendance watched an intimate performance featuring pieces by Felix Mendelssohn, Antonín Dvořák, and Astor Piazzolla, among others.

“The Norton Center’s immense quality was on full display tonight,” Centre College President Milton Moreland said. “It was an incredibly special evening for our students and the entire community together, enjoying fantastic artistry in a world-class venue.”

Ma won his 19th career Grammy Award this year, and has been awarded the Presidential Medal of Freedom (2010) and the National Medal of the Arts (2001). He has performed three other times at the Norton Center: 1999, 2008 and 2013 with Silk Road Ensemble.

“I think Yo-Yo Ma truly enjoys this community,” Hoffman said. “He even visited Danville High School’s Gravely Hall back in 2013 and performed for students there. I know our students at Centre College were thrilled for this show — even the student tickets quickly sold out!”

Ma and Stott highlighted a very full 2021-2022 performing arts season for the Norton Center, with three more performances still on the schedule: The Queen’s Cartoonists (April 29), Fifth House Ensemble: Journey Live (May 6), and Kat Edmonson (May 14). “Beyond Borders: The Art of Siona Benjamin” remains on display at the Norton Center during business hours (Monday through Friday, 9 a.m. to 4 p.m.), and prior to performances.