Buster Pike bridge to be rebuilt 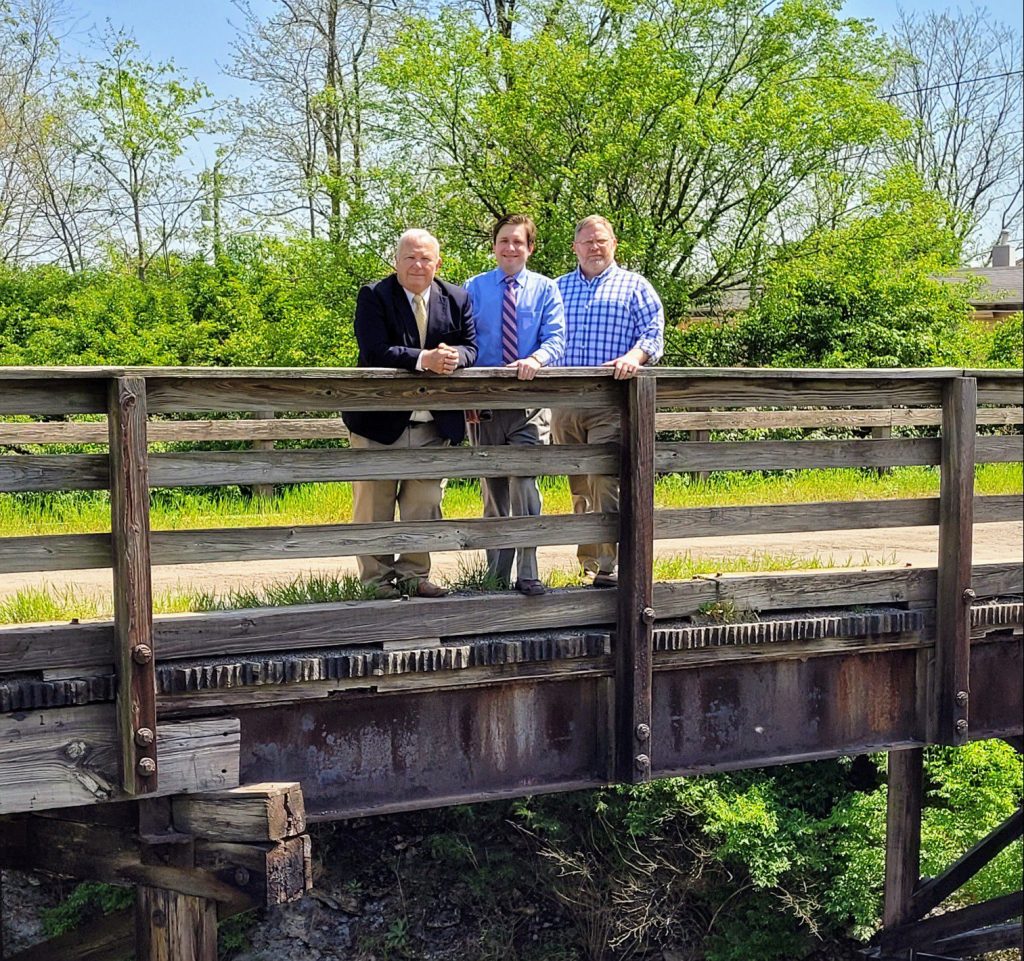 Judge Hunt, who has been working with Elliot to obtain funding for the Buster Pike bridge replacement said, “I appreciate Rep. Elliot’s work in Frankfort to improve Boyle County’s transportation infrastructure. $1,600,000  along with $200,000 from Norfolk Southern will fund the demolition and rebuilding of the Buster Pike Bridge over Norfolk Southern’s railroad tracks,” said Hunt.

The Norfolk Southern Railway is facing a serious safety issue under the Buster Pike Bridge. The adjacent railroad tracks are sinking because of water runoff from the bridge, which is settling underneath causing the tracks to sink.  By removing this aging bridge, Norfolk Southern can repair their track at current safety standards while the bridge  is under construction.

“I am so thankful that Daniel was able to fund this project under the recently formed Bridge Formula Program.”  The Bridge Replacement, Rehabilitation, Preservation Protection, and Construction Program (Bridge formula Program) – is the single largest dedicated bridge investment since the construction of the interstate highway  system, according to the DOT.

Other projects earmarked for Boyle County:

• An additional benefit to Boyle County is the $750,000 that has been designated to Garrard County for a planning  study on KY-52 between Danville and Lancaster to assist with road reconstruction.