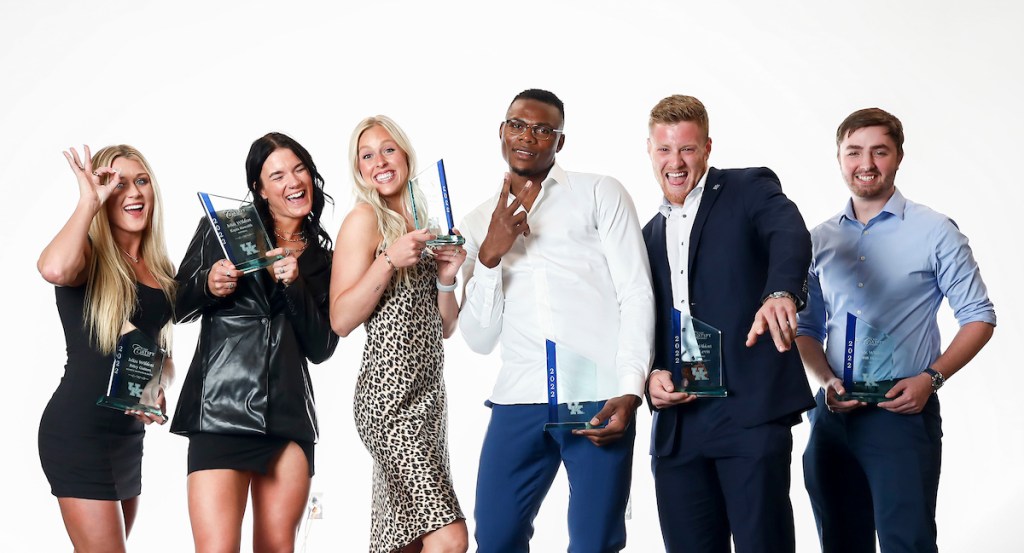 At this year’s CATSPY Awards at Kentucky, named Mr. Wildcat were Oscar Tshiebwe of basketball, Will Shaner of rifle and Luke Fortner, Will Levis and Josh Paschal of football. The Miss Wildcat honors went to Abby Steiner and Masai Russell of track, Riley Gaines of swimming, Kayla Kowalik of softball and Ali Stumler of volleyball.

That’s an incredible list of athletes. Tshiebwe was the national player of the year. Shaner was an Olympic medalist. The football players helped UK win 10 games and Fortner and Paschal were just picked in the NFL draft. Steiner is the nation’s best sprinter and Russell, Gaines, Kowalik and Stumler all are All-Americans.

The Mr. And Miss Wildcat awards, though, are about more than athletics. They are given to those who have represented all-around excellence in athletics, academics, character and service during their UK careers.

Even for highly successful athletes, the CATSPY Awards are special.

“It’s just a special event at Kentucky and one everybody really likes and enjoys. It also really shows just how many great athletes you have at Kentucky when you get them all together like that and why being honored is so, so special.”