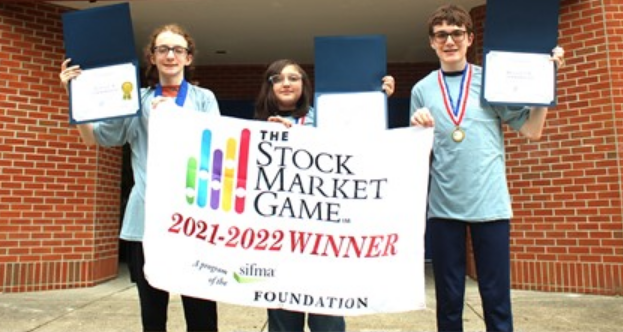 In the game, teams of one to four students began a simulation with an imaginary investment of $100,000 to trade stocks, bonds, mutual funds and exchange-traded funds on the NYSE and NASDAQ, according to a SIFMA Foundation press release. Students with the most imaginary money by April 15 were declared the winners.

Gifted and Talented instructor Tony Carney said students at Bate and Toliver started the game in November, and he’s proud of how well they did. 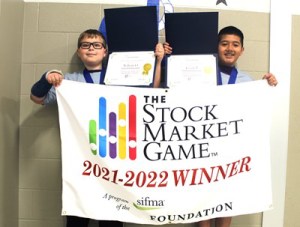 Toliver winners from left: fifth-grader William Otto and fifth-grader Josiah Policarpio, who were the first-place winners statewide on the elementary level.

Congratulations to the following students from Bate:

Congratulations to these Toliver students:

• Fifth-graders William Otto and Josiah Policarpio, who were the first-place winners statewide on the elementary level.

• The organization recognized the top two teams or individuals on both the middle and elementary levels with shirts, medals, a banner and other gifts.

Carney said Bate also had students who placed fourth, fifth, sixth, eighth, and several others in top 10 or 20.