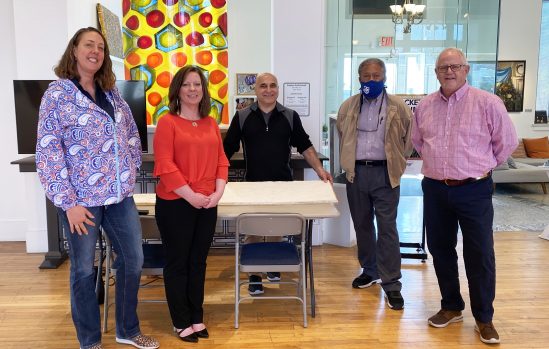 The Danville City Commission gets their thumbprints done. Photo submitted. 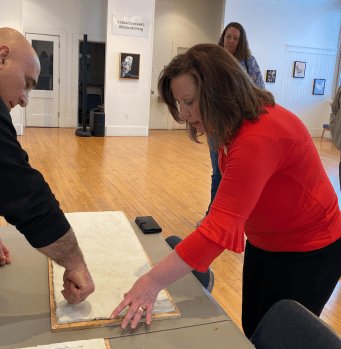 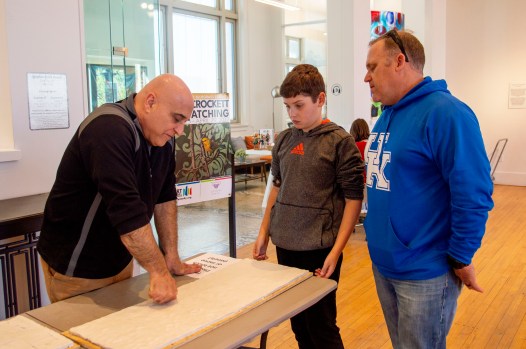 Guy Tedesco shows Mike McCurdy of the Danville Fire Department and his son how to press their thumbs into the clay. Photo by Fiona Morgan. 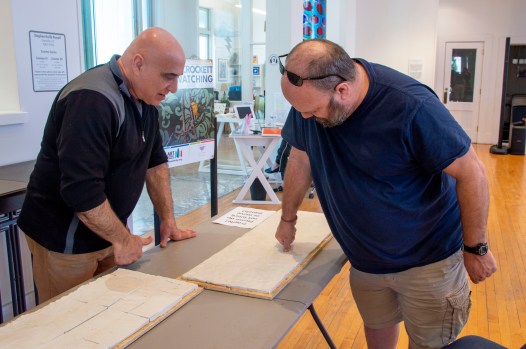 Tim Blakemore, retired from the fire department, gets his thumbprint cast. Photo by Fiona Morgan. 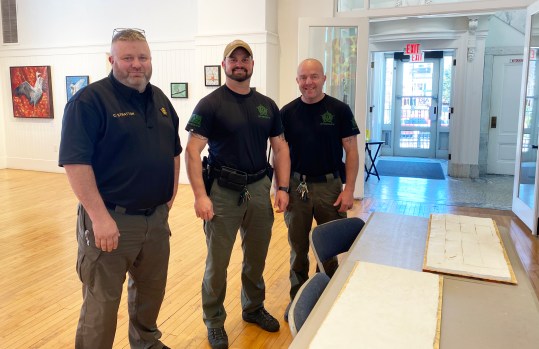 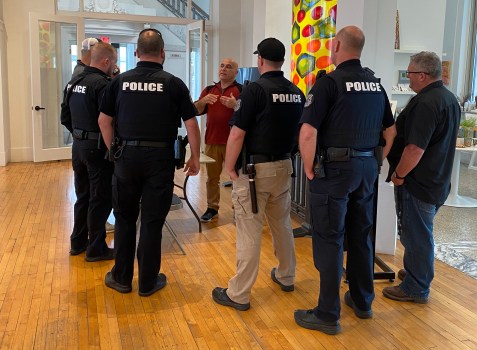 Officers from the Danville Police Department get their thumbprints done. Photo submitted. 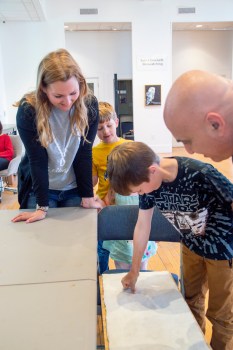 Katie Bakes, whose husband works for Lexington Fire, brought her kids in to get their thumbprints cast. Photo by Fiona Morgan. 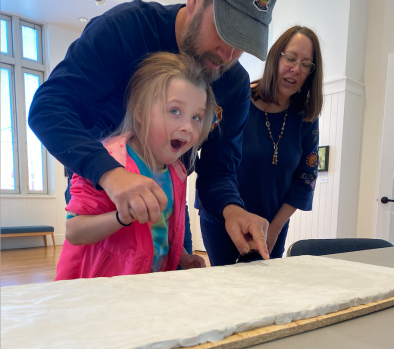 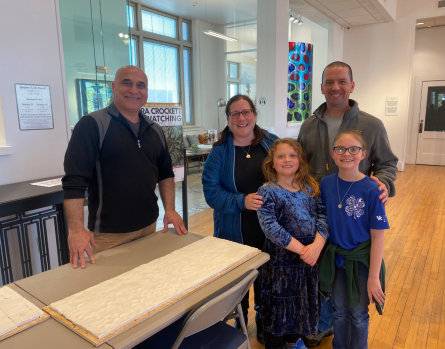 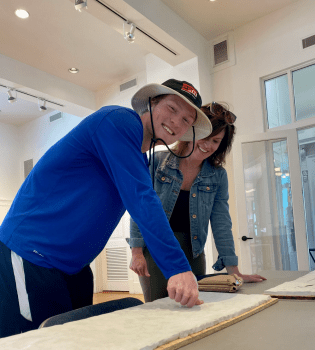 Sculpture artist Guy Tedesco is creating a bronze sculpture for Memorial Plaza in front of the new fire and rescue station in Danville. The sculpture utilizes a steel artifact from one of the towers of the World Trade Center destroyed in 9/11.

The sculpture is to honor first responders in Danville. Five bronze arms will be holding up the steel artifact on a pedestal, and thumbprints will be cast in glass on the four sides of the sculpture stand.

In late March, Tedesco cast the arms of three first responders and two community members related to first responders who lost their lives in the line of duty. On April 14, first responders from the area came to the Art Center of the Bluegrass to have their thumbprints cast for the sculpture.

Tedesco had people press their thumbs into a sheet of plasteline clay. From there, Tedesco makes a rubber plate from the clay; then makes a glass mold, puts a piece of glass over the mold, heats it to about 1500 degrees for about 10 minutes, and lets it cool for 18 hours. He said the thumbprints will retain every detail, and will look like they’re sticking into the glass from the back side.

Art Center of the Bluegrass workers estimated that at least 150 people came in to have their thumbprints cast.