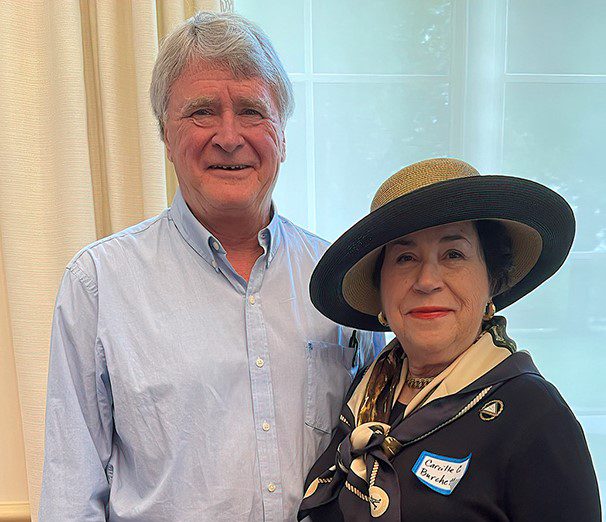 This award is presented annually to one non-garden club member or organization in the Commonwealth that exemplifies the goals of the Garden Club of Kentucky, which include appreciation, conservation, and protection of our natural resources. This is the third time someone nominated by the Garden Club of Danville has won the award. Previous winners were Bob Ziesmer and Beau Weston.

Among his many environmental and gardening activities over the years, Miles is currently chairperson of CREEC, Clarks Run Environmental and Educational Corporation. This organization has been working since 2005 to restore and protect the Clarks Run watershed flowing through Danville by improving water quality and educating the public. Danville’s earliest pioneers settled along this creek in the late 1700s. The watercourse has seen some hard times since then, but conditions are finally improving.

CREEC has also been enhancing the streamside walking trail. With financial and volunteer help from the Garden Club and others, Miles and his team have made a rain garden at the trailhead, cleared invasive plants, and planted native trees, shrubs, and perennials along a section of the trail.

Dr. Miles retired in 2019 from the faculty of Centre College, where he taught Chemistry and helped develop an innovative natural science course for nonscience majors, teaching appreciation and understanding of the natural world. He also led sustainability initiatives on campus, where he organized a Monarch Waystation and a community garden for students.

C.R.E.E.C. has initiated several environmental projects in the county over the past few years, including being a major sponsor of Earth Day.  Dr. Miles has chaired the local Earth Day event for several years.

He is a member of the statewide planning committee for Kentuckians for the Commonwealth’s renewable energy committee and serves on the Boyle County Board of Adjustments. He is also a “water watcher” for Ky Department of Natural Resources and is part of a perennial plant research project of the Land Institute, Salina, Kansas. 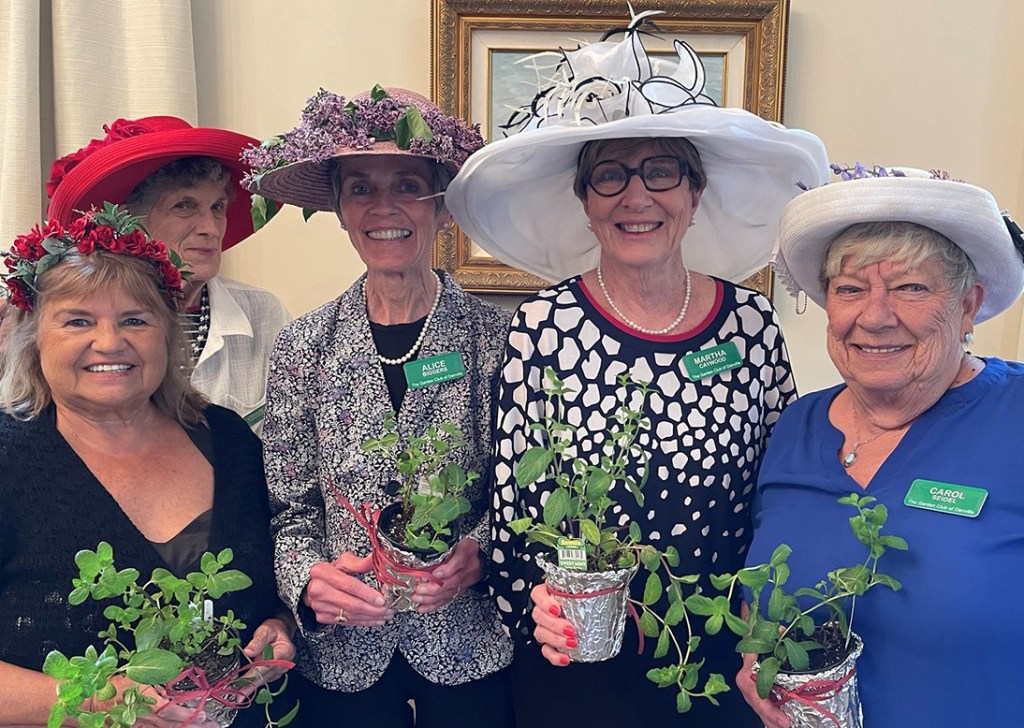 Traditionally, decorated hats are worn to the luncheon. This year’s theme was the Kentucky Derby, so red roses were plentiful in table centerpieces and on the hats. Winners of this year’s hat contest were, left to right, Kathy Wilson, Carolyn Hogwood, Alice Biggers, Martha Caywood, and Carol Seidel. In honor of the Derby, sweet mint plants were presented to the winners by luncheon chair, Marji Hines.