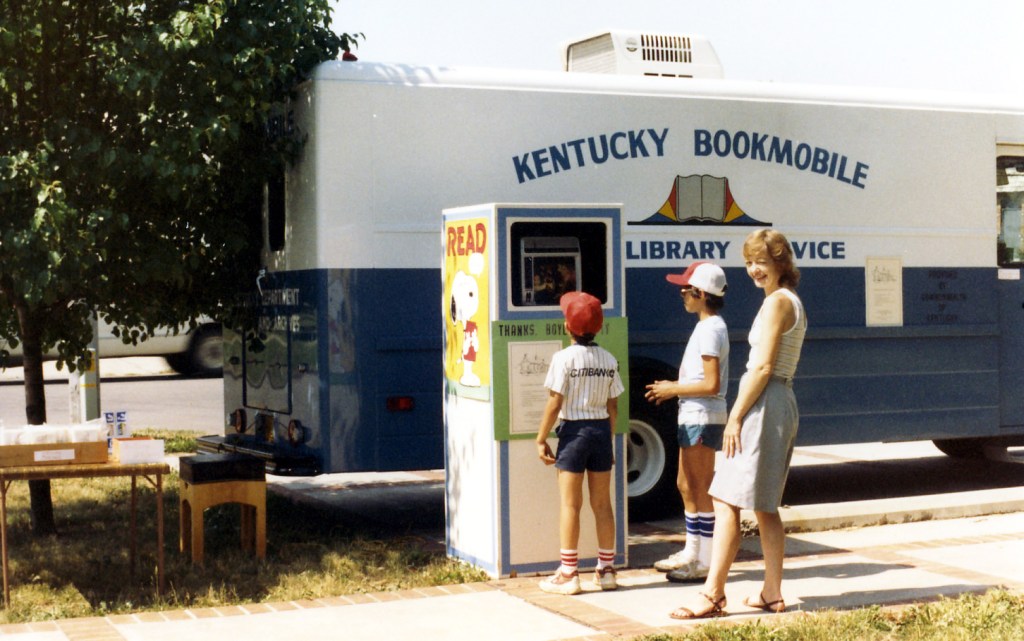 This historic photo from the library’s collection was most likely taken in the 1980s when part of the library's interior was under renovation. During this time when the children's library was temporarily unavailable, the bookmobile was used as a children's library. Photo submitted.

For over half a century the Boyle County Public Library (BCPL) has been serving patrons throughout Danville-Boyle County via the bookmobile. The recent passing of Boyle County’s first bookmobile librarian, Grace Gettinger, has sparked memories about how the bookmobile got started and what it has meant to people across the county.

In the 1970s, Gettinger took library services to every corner of the county, even before the Boyle County Library district was established. Former library director Karl Benson recalled that Gettinger was extremely efficient and dedicated to making sure library materials were delivered to folks in every nook and corner of the county. She “sold” county residents on the idea that library service was meant for them, too.

In an effort to expand library services, in 1970 the Kentucky Department for Libraries and Archives (KDLA) reached an agreement with The Danville Library, Inc. to provide a bookmobile for service to Boyle County residents. This was one of the steps toward establishing a library district.

The original bookmobile was already nine years old when put into use by BCPL and was quickly replaced in 1973. The 1970 bookmobile was very big and awkward, requiring the use of a clutch and stick shift. So when she became its driver and librarian, Gettinger was taking on a big job in more than one respect, recalls Pat Bright, who was her part-time assistant. 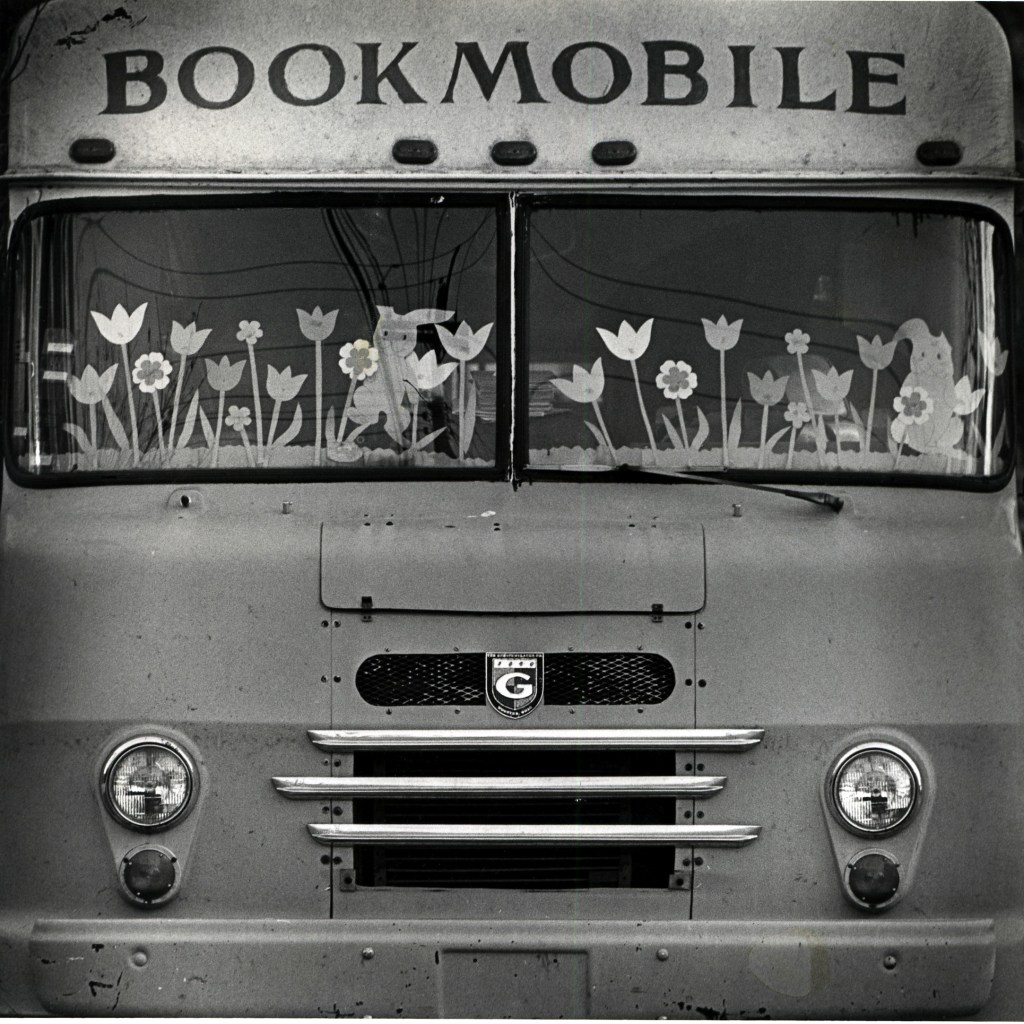 This historic photo from the library’s collection was likely taken in the late 1970’s. Photo submitted.

“Some of the roads over the Knobs could be scary,” said Bright, remembering visits to the Forkland Community Center. “They were narrow and hilly, and some of the books didn’t always stay on the shelves!”

But traveling on serpentine roads in the large, cumbersome vehicle was necessary to serve people who couldn’t get to the library. Gettinger also visited Feather’s Store in Parksville, Perryville’s Main Street, and Junction City Elementary School, among other places around the county. They also led story hours at Batewood and Burckley Homes.

In many cases, the bookmobile brought books to homes that otherwise wouldn’t have had them, Bright recalls. “We were trying to acquaint them with the library. Everybody who used the bookmobile was so pleased with it. They were tickled to get the books.”

Gettinger moved to Florence, KY in 1978 when her husband, Bill, was transferred there with his job. Bright was sorry to see her go. “She was amazingly suited to the job,” said Bright. “She was able to cope with anything.”

Since 1970, the library has had five bookmobiles. Many librarians have lovingly cared for the bookmobile and its patrons over the years but a trio have the distinction of serving the longest, said Georgia de Araujo, Library Director. “Deb Brown, Sue Hester, and Sherry Hoskins were mechanical experts when it came to the vehicle. They checked the oil daily, had knowledge about the generator (an important but troublesome component of the vehicle), and were skilled at driving that large, heavy bookmobile over Boyle County roads.” 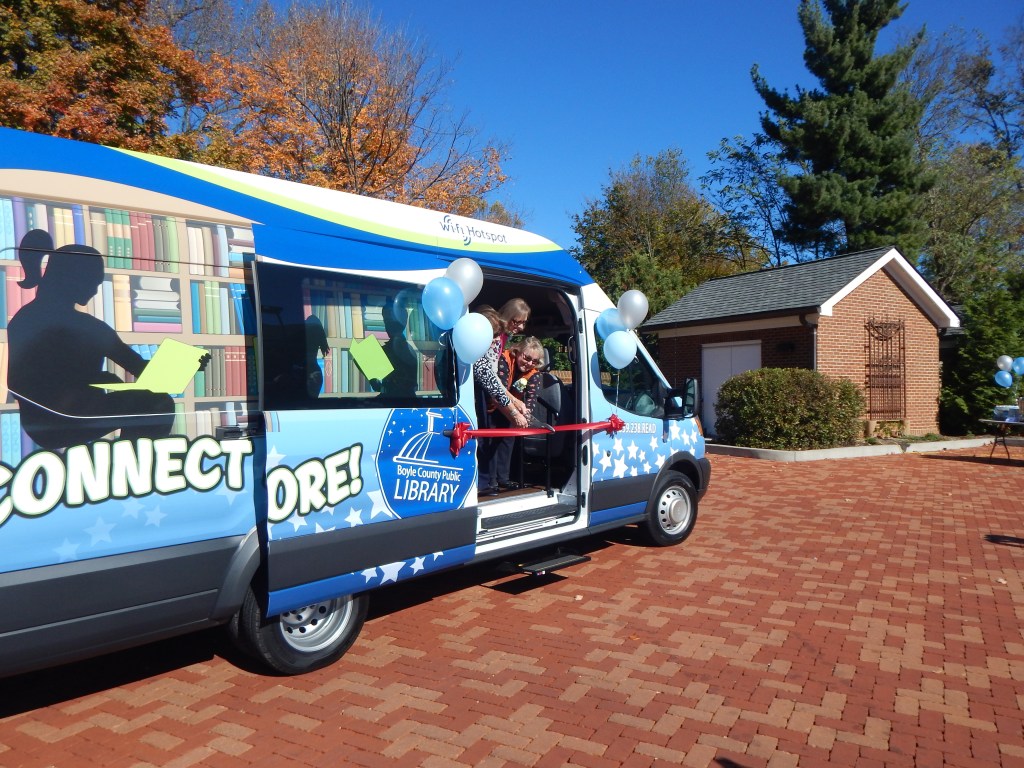 And so the bookmobile rolls on, bringing the library to folks all over Boyle County, just as it did 52 years ago, when Grace Gettinger first took the wheel.

The Boyle County Public Library serves the city of Danville and the surrounding communities, and is actively committed to enriching the lives of its patrons. The library is located at 307 West Broadway in Danville, KY.