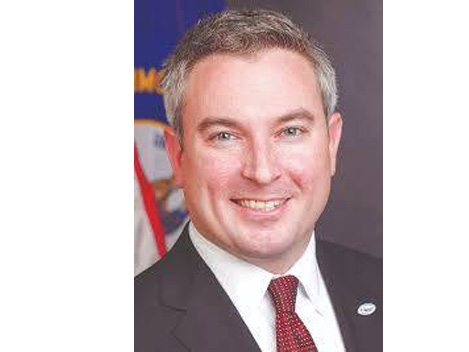 Standing in the shadow of the Scott County Courthouse, where his family has farmed nearby for nine generations, Commissioner of Agriculture Ryan Quarles formally launched his campaign for Governor of Kentucky in 2023 on Wednesday. Quarles’ campaign also rolled out a list of 53 State Representatives, State Senators, and County Judge Executives who are endorsing his candidacy.

Quarles, a 38-year-old Scott County Republican, is term-limited after serving two-terms as Commissioner. He spoke Wednesday before a crowd of around 300, laying out his case to be the next Governor of the Commonwealth. Quarles emphasized his record at the Department of Agriculture, the second largest division of Kentucky State Government behind the Governor’s Office, highlighting accomplishments such as the foundation of the Kentucky Hunger Initiative, dealing with repeated budget cuts, and his work abroad promoting Kentucky’s export products.

He also went after Governor Andy Beshear’s record during the COVID pandemic, attacking the Governor’s decisions to leave Main Street businesses and schools closed far longer than most other governors and called out Beshear’s decision to send State Troopers to harass those attending in-person Easter services in 2020.

“Folks, just because we live through a once-in-a-century pandemic,” Quarles said, “does not mean our Constitutional rights, freedoms and liberties should be ignored.”

Quarles pledged he would run a “people-first campaign” that focuses on coalition building and grassroots, and spent time highlighting the network he has built over the past seven years as commissioner. To that effect, he rolled out his first batch of campaign endorsements with the names of 53 State Representatives, State Senators, and County Judge Executives who are supporting his campaign.

Quarles said he chose June 1 to launch his bid because it is the 230th anniversary of Kentucky’s statehood. He took a clear shot at Beshear while highlighting his deep Kentucky roots.

“Just because my family was here to see Kentucky’s first birthday doesn’t mean I was born with a silver spoon in my mouth.”