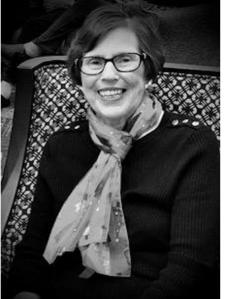 Janelle Dishman died Saturday June 4th at 12:16am holding the hands of her beloved daughters after a fulfilling life until the end, defying death for many years despite battling multiple health challenges. Janelle was born in Washington DC to Astor and Gertrude (Lewis) Hogg, during her father’s time working for Franklin D. Roosevelt’s administration. At the age of 5, she, her brother and her parents returned to their Eastern Kentucky roots. She was a graduate of Harlan High and attended University of Kentucky where she studied music. A child prodigy on the piano, she competed and won college level classical competitions at the age of 16. She spent most of her adult life living in Central Kentucky (Lexington, Frankfort, Danville) working for State Government in a variety of roles. She was a devoted mother, actively involved in her daughters’ activities, introducing them to the joys of music. Music continued to play throughout her life as she was the accompanist for the Lexington Singers and for Folk Musician John Jacob Niles while he composed the Niles-Merton Song Cycle, later performing the debut in Cincinnati. Janelle performed throughout central Kentucky in ensembles and as an accompanist, including playing for the 1971 Kentucky Gubernatorial Inauguration. She was a presence that could fill a room, her blue eyes sparkled and her infectious smile made all around her feel welcomed. To know her was to love her. At 43, she met the love of her life and married William McGeorge Dishman, Jr. of Danville, to whom she was devoted for 38 years until his passing in 2016. She and Bill enjoyed their blended family, dear friendships, dancing and theatre, and travel when they were able. Janelle sang in the choir of the Presbyterian Church of Danville for over 40 years, also serving as a Deacon for the Church. She was actively involved in her community, including the West T. Hill Community Theatre, both serving as musical director of The Fantasticks and performing in many shows. She was in Kappa Alpha Theta sorority and involved as an alumnus, a member of the Danville Country Club, the Lexington Cotillion, The Danville Study Club and “Lunch Bunch”. In 2020, she relocated to be near her daughters in South Carolina, captivating her new Indigo Hall community with her smile, her voice, and her piano virtuoso. On April 1st she made her last public performance when she accompanied an ensemble at the Charleston Coastal Choir’s spring concert to the enjoyment of all. Janelle is survived by two daughters and their father Dr. James G. Pope, Mary Beth Pope Connolly (William) of Seabrook Island, SC and Cynthia “Cindy” Pope Tripp (Rick) of Mt Pleasant, SC, and son by marriage William McGeorge Dishman lll (Amy) of Louisville, KY; seven grandchildren: William Dwight Connolly lll (Kate), Andrew Martin Connolly (Alyssa), Matthew Lewis Connolly (Molly), Kila Carmella Tripp, Charles Allen Tripp, Bell Wetherby Dishman, Caroline Speed Dishman; eight great-grandchildren: Caroline Connolly, William Connolly IV, George Connolly, Henry Connolly, Gemma Connolly, Maxwell Connolly, Patrick Connolly, Liam Connolly and nieces and nephews. Janelle is preceded in death by her husband, Bill, her parents and brother, Stanley R. Hogg. Funeral services will be 11am Friday June 10, 2022 at Danville Presbyterian Church with Rev. Caroline Kelly officiating. Visitation will be Thursday, June 9, 2022 from 4-6pm at Preston Pruitt Spurlin Funeral Home. In lieu of flowers, memorial contributions can be made to the Leukemia and Lymphoma Society or the Danville Presbyterian Church. www.preston-pruitt.com