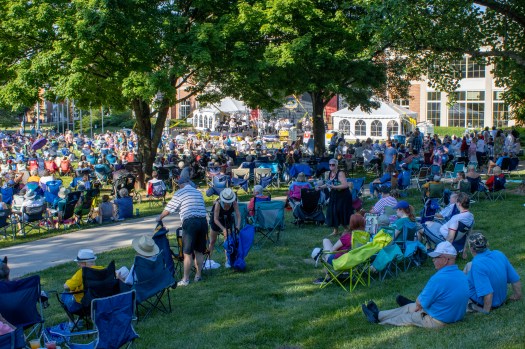 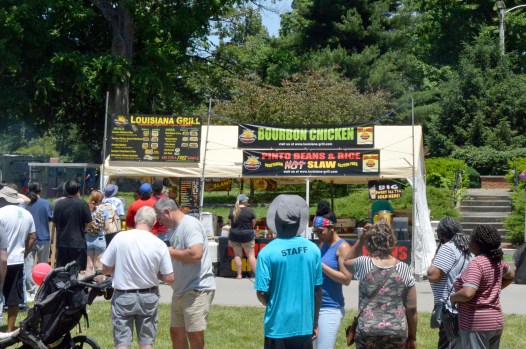 The Louisiana Grill with bourbon chicken might’ve been the most popular food vendor at the Brass Band Festival. Photo by Jared Darwish. 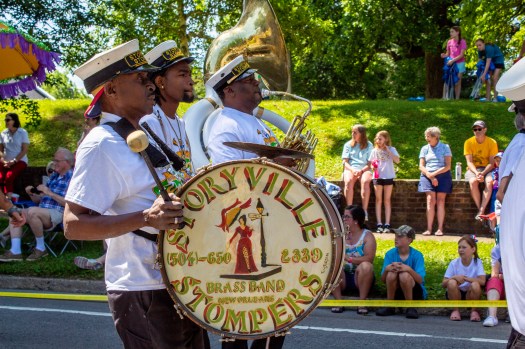 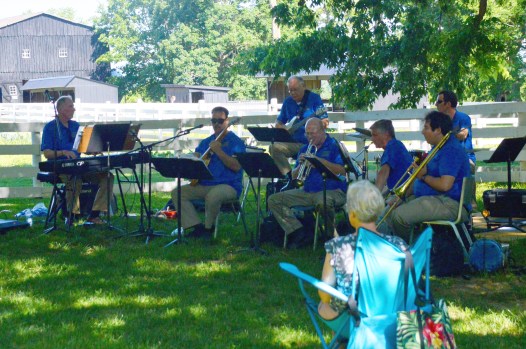 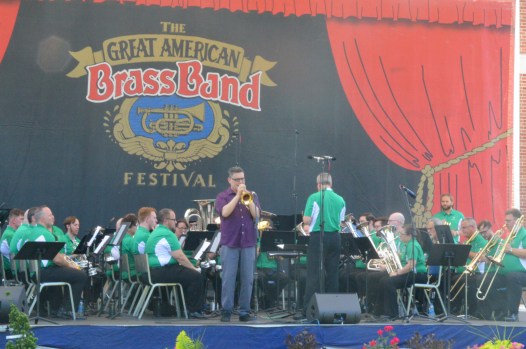 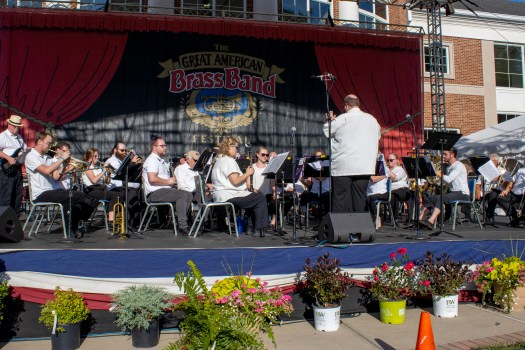 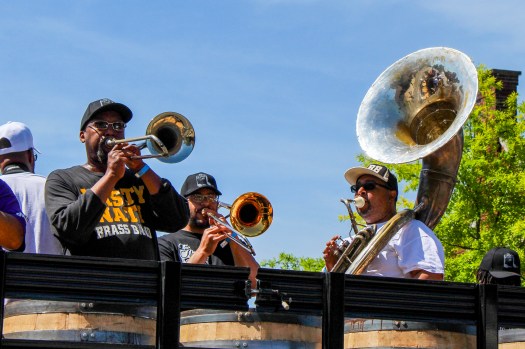 The Nasty Nati Brass Band plays on a Luca Mariano Distillery truck carrying some of their bourbon barrels. Photo by Fiona Morgan

Festival Director Missy Angolia was pleased with how everything turned out, and praised the over 100 volunteers who made the event run so effortlessly. Volunteers helped with the stage, road blocks, hospitality room, trash pickup, festival cleanup, and many other things.

“I am very impressed with our group of key volunteers that help me out tremendously and their ability to deal with behind-the-scenes hiccups with a calm head,” Angolia said. “I owe them all a great deal of gratitude for making things run smoothly.”

Angolia said that as a free event, attendance is difficult to count. But in speaking with key volunteers and logistics managers, she said Friday night was well-attended, Saturday attendance was about average, and Sunday attendance was a little light. But, the parade on Saturday was one of the biggest they’ve had in terms of entrants.

One indicator of how large the crowds were was the amount of sales over the weekend. On Saturday, the festival merchandise booth sold out of t-shirts by mid-day and food vendors were seeing record sales.

The Chrisman Mill Winery vendor told Angolia that the booth sold 650 sangrias on Saturday, more than double the amount they usually sell at the festival.

The festival hosted people from all over the world. Angolia said she spoke to people from Heidelberg, Germany; Edmonton, Canada; England, and Mexico just to name a few. She went on to say, “We had people attend from multiple states, including Hawaii.”

Although Angolia is stepping down for her position as festival director, she said this isn’t the last time she’ll be involved. She plans on being a volunteer in the future.

“I know I will volunteer my time for future festivals because I know the importance of the volunteers that make it happen,” Angolia said.

Angolia expressed her hope for the future festivals, saying, “I hope in the future the festival can continue to grow and bounce back from COVID, and will remain a staple in the community for many more years to come.”