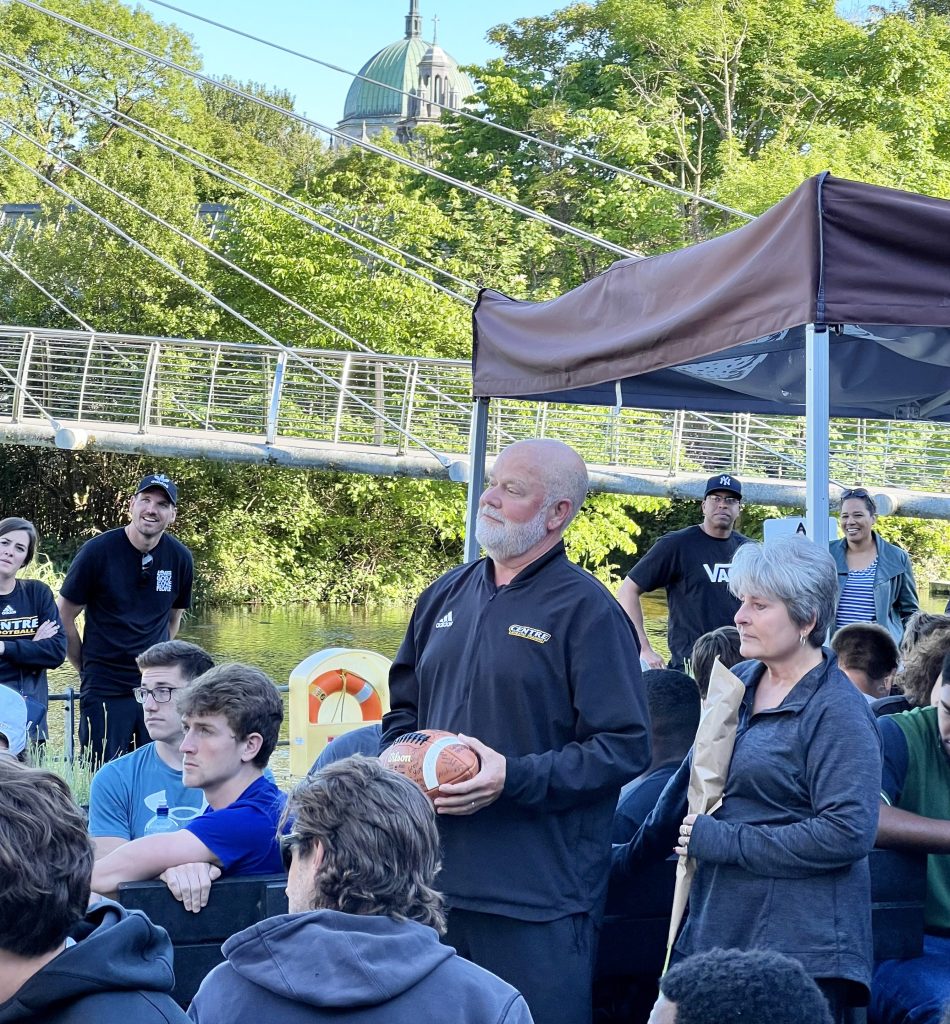 Jamey Gay is shown here with his wife Rickie; in the background is the dome of Galway’s Cathedral of Our Lady Assumed in to Heaven and St. Nicholas. photo submitted

Gay announced his plan to retire on July 31 after 30 years of service to Centre athletics. “I’ve been on the sidelines since Elvis died, in 1977,” Gay said. Starting out as an assistant trainer while a student at Woodford County High School, Gay was on the UK football training staff, before embarking on a long and rewarding career at Centre.

Gay, who’s in his first term as a Boyle County Fiscal Court magistrate, previously served 10 years as a Danville City Commissioner. He was with 85 Centre football players who defeated The Limerick Vikings on May 29 at The University of Limerick. 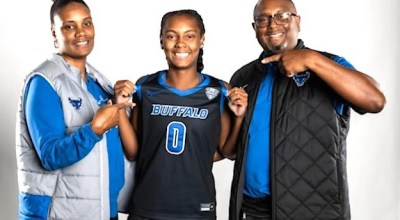 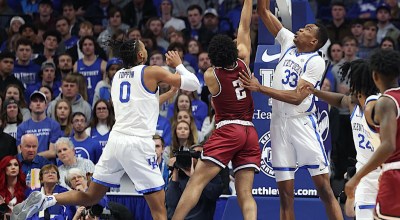 Onyenso catching on quickly at UK