Police searching for man wanted in connection with multiple warrants 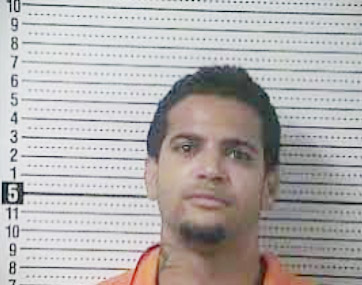 On Saturday June 18 at 4:19 p.m. Danville Police acted on information that a subject with multiple arrest warrants was in the Danville Manor Shopping Center.

While in the area officers observed Christopher Harlan Jr. 31, of Danville getting into the passenger side of a vehicle. The vehicle failed to stop when officers attempted to perform a traffic stop. The vehicle exited the shopping center in a reckless manner crossing Hustonville Road onto Garland Drive. The vehicle operator stopped the vehicle and Harlan immediately fled into a wooded area and responding officers were unable to locate him.

It was later determined that Harlan fled to the area of Arby’s. While in the parking lot he unlawfully entered a vehicle that was in the drive through, forced the female driver to leave the area and drive him to a alternate location in Danville. The female was unharmed during the incident.

The driver of the vehicle who initially failed to stop for police, Andrew Henninger, 36, was taken into custody without incident on charges of reckless driving, fleeing police (motor vehicle) and hindering prosecution.

Harlan is wanted on six Boyle County warrants and has additional charges of fleeing police and kidnapping. Anyone with information on his whereabout is asked to please contact the Danville 911 Center at 859-238-1220. Tips can be made anonymously.