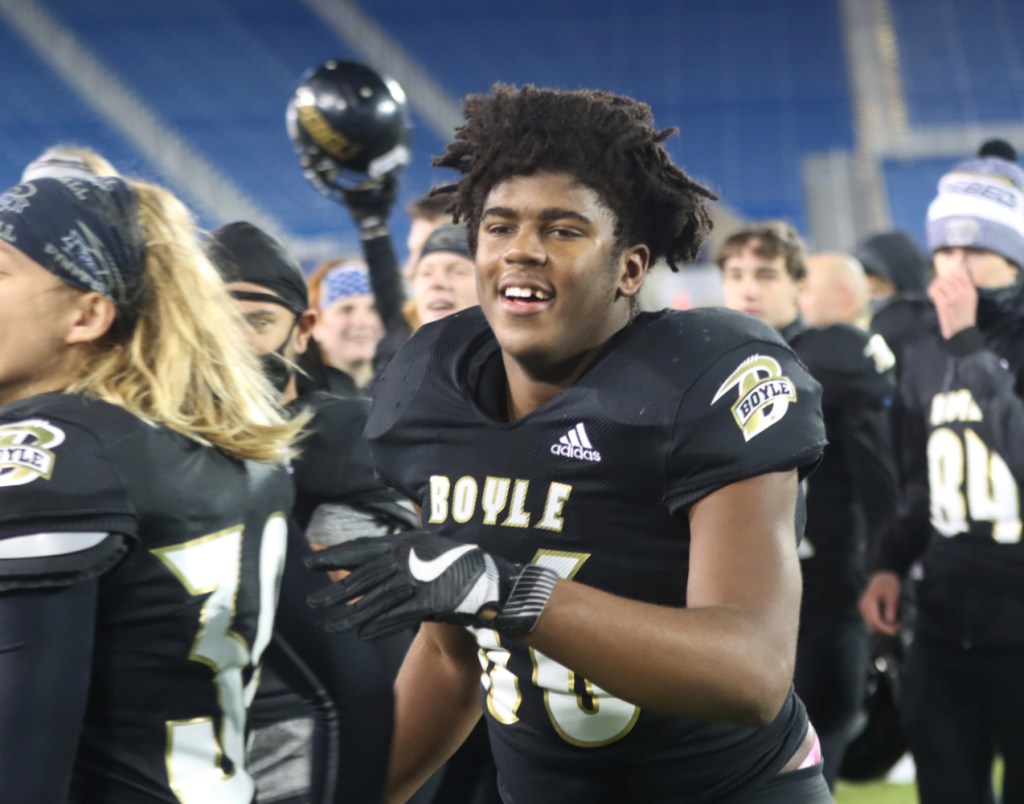 Boyle County High School football coach Justin Haddix said defensive lineman Tommy Ziesmer’s verbal commitment to UK “kind of came out of the blue” when he made it a few hours before heading to his prom after a phone call from UK coach Mark Stoops.

“I think they (UK) wanted to get it over with and get him on board,” Haddix said.

“We are going to move him around to different things for us to attack the offense this season,” Haddix said. “On offense we are going to play him more at tight end. He is probably the fastest kid on our team. Definitely in the top three.

Ziesmer, who recently set a school record with a 330-pound power clean, said committing now takes the pressure off him.

‘I did not want to get left in the dust. I knew Kentucky was right and I didn’t want to wait any longer,” he said. “Winning another (state championship) ring is also a must for us. That’s what we practice from January to December to do. It’s a culture here. We win for a reason because that’s what we expect and I want my focus on our season.”

“Tommy really wanted to commit before the season got going to where he could focus on our team,” Haddix said.