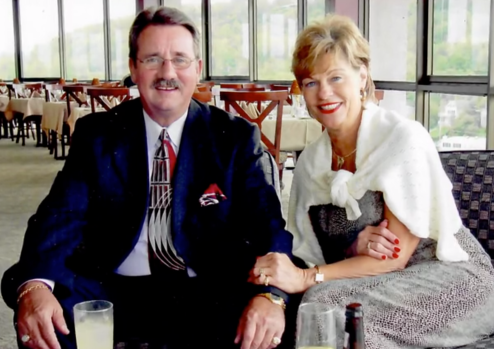 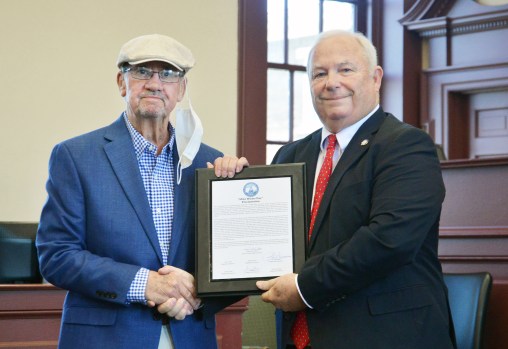 April 27 is officially Mike Wilder Day in Boyle County. Wilder, who is the county’s Emergency Management Director, will be retiring at the end of the year after serving in that position since 2013. -Photo by Robin Hart 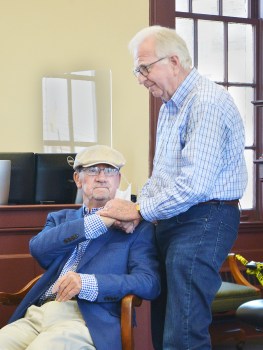 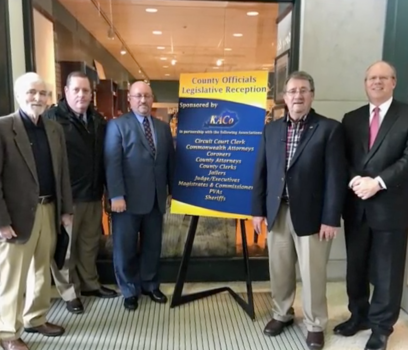 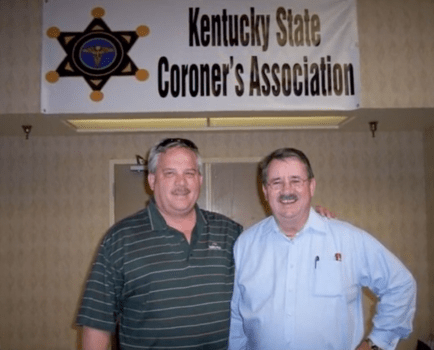 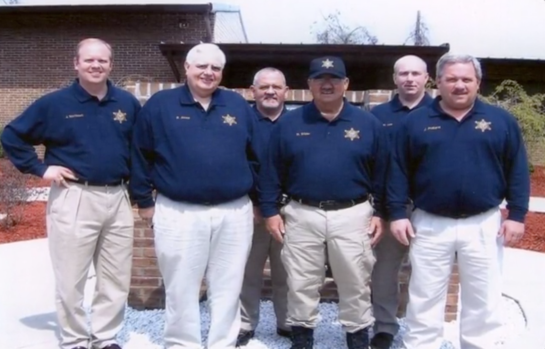 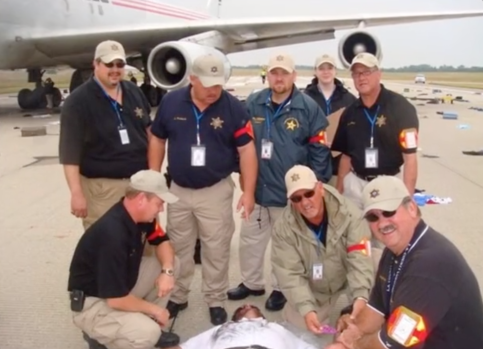 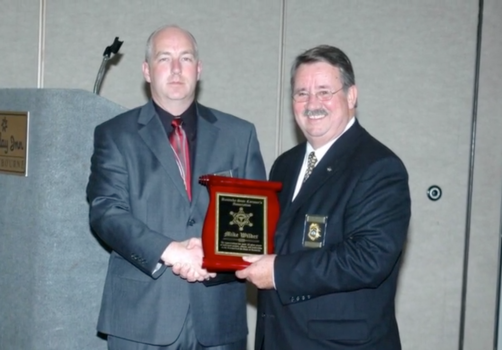 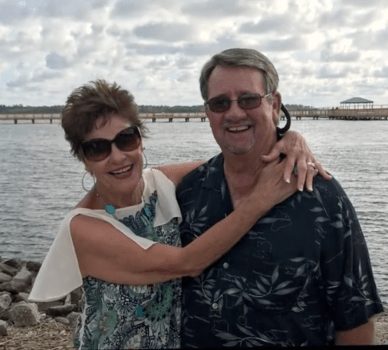 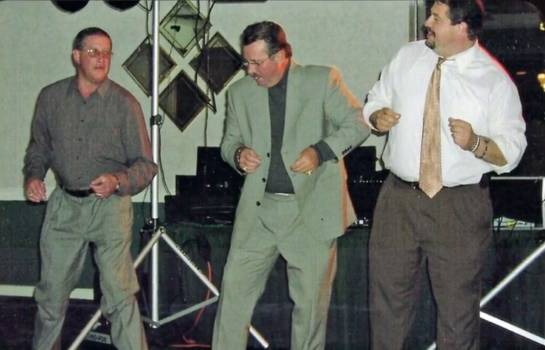 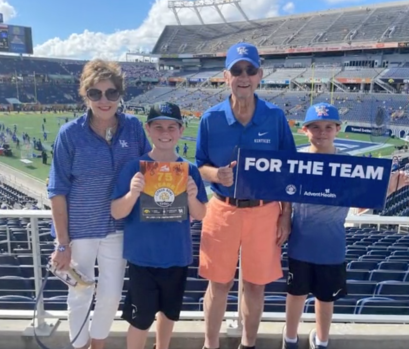 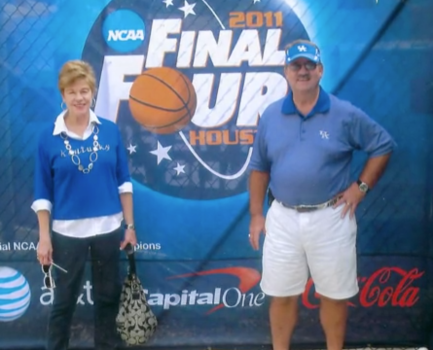 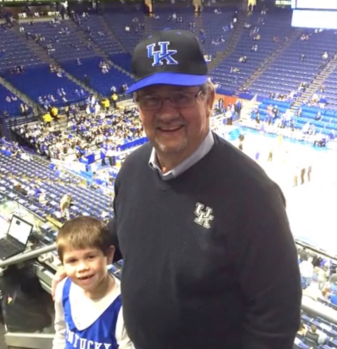 Mike Wilder is remembered as a dedicated servant who took on a number of roles in his life of public service.

A native of Danville, died June 4 at age 75, striking the hearts of many in the community.

Wilder began his extensive career of helping others very early on in his life when he worked at Preston Pruitt Funeral home as a teenager and carried that commitment to serving others with him throughout the remainder of his life.

“Starting at a young age, Mike always had a great compassion for helping others and being there for people in need,” said Wilder’s brother, Tony Wilder.

Wilder’s years working at the funeral home were just the beginning of his many years helping people. Shortly after, he would go on to serve his country working on a mass fatality team in charge of finding and recovering bodies during the Vietnam War.

Apart from the many roles Wilder served for Boyle County, he also owned and operated a funeral home with his wife, JoNell, for more than 40 years. Here, the Wilders helped others cope with personal loss, which was one of his many gifts.

Two of the most notable roles Wilder served were Director of Boyle County Emergency Management, and as deputy coroner for 40 years.

Some of Wilder’s biggest accomplishments were responding to Hurricane Katrina along the Gulf Coast, the Air Canada fire in 1983 when a flight en route from Miami to Toronto was rerouted to Cincinnati when a fire started in flight; the Carrollton bus crash that killed 27 passengers in 1988; and when a tornado touched down at the Danville airport last year.

Wilder was the voice of response and the person who people looked to for direction, said Boyle County Judge Executive Howard Hunt.

“When the tornadoes happened at the airport, three Lexington news stations showed up wanting to talk to him and not anyone else because he had become the face and voice for emergency response in our area,” Hunt said.

Wilder’s life of service and passion for helping others inspired many people around him, including his brother.

“He was my big brother, a friend, mentor, supporter all in one,” Tony Wilder said. “He is the reason why I am in public service today.”

Many say that the accomplishment Mike was most proud of was his family. He and his wife, JoNell, raised their son Joe Michael and their late daughter, Joni. Wilder also cherished his grandsons, Blake and Graham, and was close to his siblings, Tony and Mary Ann.

“He lived life with intent, he had an engaging personality, and he loved to tell a good story and have a good laugh,” Tony Wilder said.

Wilder’s great service to not only Danville but many areas in the Commonwealth was recognized by Hunt when he declared April 27, 2021 Mike Wilder Day. Hunt said his reasoning for this was so “people could convey to him their love and appreciation for things he had done in his career.”

That day over 150 people showed up to give Mike gifts and tell him about how he had impacted their lives and been for them in some of their darkest hours.

The recognition meant a great deal to Wilder, who was going through a serious cancer battle at the time. Once the day concluded, he told Hunt that the honorary day for him was one of the greatest gifts he had ever been given.

Hunt and Wilder were close and worked alongside each other for many years. Hunt said what he really learned to love about Mike over their time together was his commitment and love for what he did.

“Mike was so committed and driven in always making Boyle County better,” Hunt said. “His passion for what he did was just in his DNA.”

In his free time, Wilder loved watching sports, especially UK athletics, and attended games often. Wilder and his brother would always go to games together and cheer on the Wildcats.

“One of the things I’ll always remember were the special memories we made traveling for UK football, or basketball,” Tony said.

Hunt perfectly summed up what made Wilder so special and unlike everyone else saying,

“He was comfortable in his own skin, he had a sense of self awareness and confidence that made people feel safe in bad  situations, and he could understand and relate to people at every level of society.”