“Singing in the Rain” opens Friday 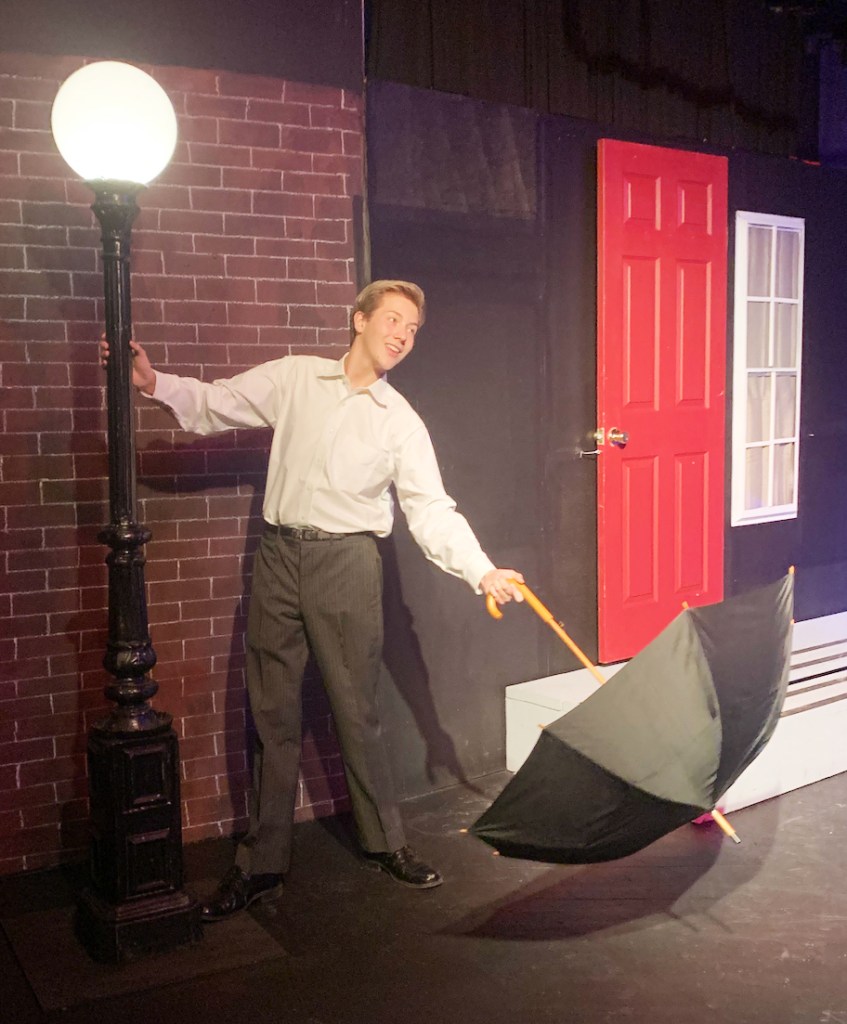 Miles Henson rehearses his role as Don Lockwood in Singing in the Rain. Photo by Jared Darwish

The West T. Hill Community Theater is getting ready to host their first performance of the summer. The theater will perform “Singing in the Rain.”

This first run for the community theater begins Friday and will run through July 17. This opening act of the summer is an all-children’s play.

Directors and actors both have been working every day to make this production enjoyable for patrons.

Directors Beth Marlow and her daughter, Maggie Jenkins, are spearheading the production team for the play and are coaching the actors. The debut of this play has been a long time in the making for Marlow and Jenkins.

The pair originally signed on to co-direct this play back in 2020 before the pandemic, and now are finally able to see it through after two years of cancellations. Directing this play is also personal for Jenkins who says Singing in the Rain has always been her favorite movie.

“I have never seen this film done as a production, so I really wanted to see it on stage and help direct it,” Jenkins said.

Auditions were held in May and the cast set soon after. Rehearsals have been ongoing since late May.

As of recently, the rehearsal schedule has ramped up, however, the crew has still been practicing a couple times a week since late May. Jenkins spoke on the entire rehearsal process and the challenges her cast have overcome.

“These kids still have normal lives and go on family vacations, but when they are gone they are still keeping up to date and the other actors are helping them stay involved,” Jenkins said. “They work so well together.”

With children of all different ages and levels of acting experience, Marlow says she is happy that each actor works hard to make everyone else on the cast better.

While this is a junior-level play, the directors boasted of the acting skills of each member of the cast.

“The thing we are most excited about is for people to see how talented they are and how hard they worked on this play, ‘’ Jenkins said.

The West T. Community Theater seats around 100 guests per show. An almost-sold out crowd is expected for opening night, and Marlow urged guests to come out and support these young actors.

“Singing in the Rain is a classic and really funny,” Marlow said. “This production is great for people to come relax, watch a great show, and be reminded of simpler times.”

The performance reportedly has a couple of surprises for fans, the directors said.

Tickets for the show are $13 per person. For more details or questions about the summer showcase visit westthill.net.