President of Bluegrass Community & Technical College (BCTC) in Danville, Dr. Koffi Akakpo made a presentation about a new endowment for Boyle County students at the Fiscal Court meeting on July 12. 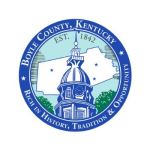 The Danville campus recently opened a new advanced manufacturing center. Akakpo said they are hoping to attract students for this center to learn things like welding and electrical work.

He explained that in this area, there is a shortage of people qualified to be welders or electricians, even though those jobs pay well. Akakpo said his goal is to help students, who may not necessarily be able to afford four-year universities, get affordable training in jobs that pay well and are in demand.

“My hope is we get to these young ones and give them a credential in jobs that we need today,” Akakpo said. “I don’t want to turn any student away in Boyle County because their parents cannot afford it.”

The endowment would give financial help to Boyle County students, and in surrounding counties. Akakpo said the endowment’s goal is $1 million, but asked the court for $100,000 to get the fund started.

The court decided to table the discussion until the next meeting when more court members would be present.

EMS Director Mike Rogers proposed an idea of producing a CPR training video for citizens in the county.

Rogers started by saying they had about 70 people die of sudden cardiac arrest last year in Boyle County. He said death by that diagnosis can be prevented if people do CPR before EMS arrives at the scene, but many people in this county are not performing CPR.

“We’re missing pieces of the puzzle from the community; we need people to do hands-only CPR before we get there, and it just doesn’t happen,” Rogers said.

Rogers said people are usually hesitant to do mouth-to-mouth CPR, but explained that hands-only CPR is more effective for cardiac arrest patients.

“If CPR is provided to the patient before we arrive, it can double or triple that patient’s chance of survival,” Rogers said.

Rogers presented the idea of making a 30-second ad about how to perform CPR that they could show in the Danville cinema before movies. He said an ad at the theater would cost $6,900 to run for 12 months.

Magistrates said they might want the video shown in other places than the cinema. They brought up the idea of making the video to show in schools and other places around the county, and partnering with the city of Danville and Ephraim McDowell. They tabled the discussion until the next meeting.

• Reappointed Bob Gorley to the Parksville Water District Board.

• County Attorney Chris Herron said that according to his research into case law, the county’s new moratorium on solar farms should not have any issues with a time limit as of now. At their last meeting, the court was uncertain about possible limits on the length of time for the new moratorium, which was extended to one year and will end Jan. 1, 2023. Herron said he did not find specific laws about time limits on county moratoriums.

• Magistrate Tom Ellis mentioned scheduling a Pulse of the People forum in Forkland soon at the Forkland Community Center.

• Ellis gave an update on the situation in Perryville where the water runoff on US 68 is threatening the Civil War-era buildings on Merchant Row, because the road elevation is higher than the storefronts. Ellis said the state has started milling the road surface.