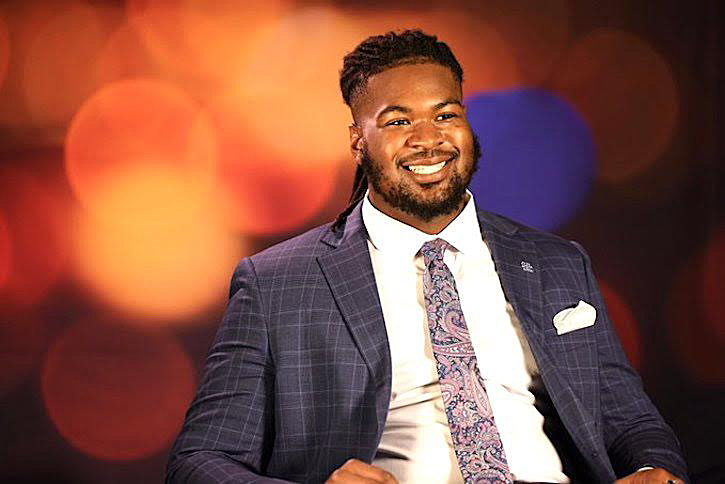 Kenneth Horsey says John Schlarman’s legacy is special and appreciates how Schlarman taught him to make sure he had fun playing football. UK Athletics photo

There’s one thing that former Kentucky offensive line coach John Schlarman emphasized to his players before his death during the 2020 season. 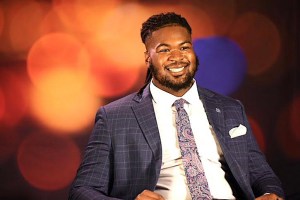 Kenneth Horsey says John Schlarman’s legacy is special and appreciates how Schlarman taught him to make sure he had fun playing football. UK Athletics photo

“He always wanted us to have fun. He used to tell us all the time this game is too hard to not be having fun, especially at this level,” Kentucky senior offensive guard Kenneth Horsey said.  “We were a tight knit group that loved to work but also that liked to have fun.”

This will be Kentucky’s second season without Schlarman, the man who played at UK, was a graduate assistant at UK and then came back to coach the offensive line when Mark Stoops arrived.

Schlarman recruited — or had a hand in recruiting — most of the current linemen, including Horsey. Few had a bond with Schlarman like Horsey did.

The Florida product found out he had a heart issue and needed surgery about a month before his high school graduation. A few months after that Schlarman was diagnosed with cancer.

“He was the epitome of what Kentucky represents with his toughness and kindness. He would give someone the shirt off his back but he was also someone who would go to war with you. He lost his battle right in the middle of the 2020 season after we beat Tennessee but he is still a huge presence on our team,” Horsey said.

That certainly was true even when Schlarman was taking chemotherapy treatments. Horsey said it was impossible for him — or any UK player — to complain when they saw what the offensive line coach was enduring daily for over two years.

“But that didn’t matter. That man who had cancer was so strong and resilient. He was always going to do whatever he could for you. He loved you that much.”

Horsey remembers a day when Schlarman had chemotherapy treatment and no one expected him to be at practice. They thought he would go home to rest or sleep after treatment.

“Then we all saw coach Schlarman coming down that hill in a golf cart with a big smile on his face ready to practice. It was not a job to him. He really loved what he was doing,” Horsey said. “He helped me love not just football but to love the approach, love practice. All that gets taken for granted sometimes.”

Horsey wants to help others learn not to take anything for granted before they have to endure what he did with heart surgery or Schlarman with cancer.

“Coach Schlarman was always there for me and that played a big part in how I was able to stay strong. How could I walk in sad or depressed or anything like that no matter what the situation is when Coach just came in off chemo and he is still smiling,” Horsey said.

“That plays a part in his legacy. I want to pass that determination, his courage, his drive on to younger guys,” Horsey said. “His legacy will always live on through us. When you think about how you want to live your life and be the person you want to be, coach Schlarman was the very best representation of that.

“Coach Schlarman knew how much the team meant to the entire state. I love him. I miss him. His wife and kids still hang out with us. Material stuff is not your legacy. It is the people you might be walking down the street, the people you see on social media. It is your parents and loved ones. That is your legacy and how people will know you even when you are gone or not around. You will live on through other people like coach Schlarman does.”