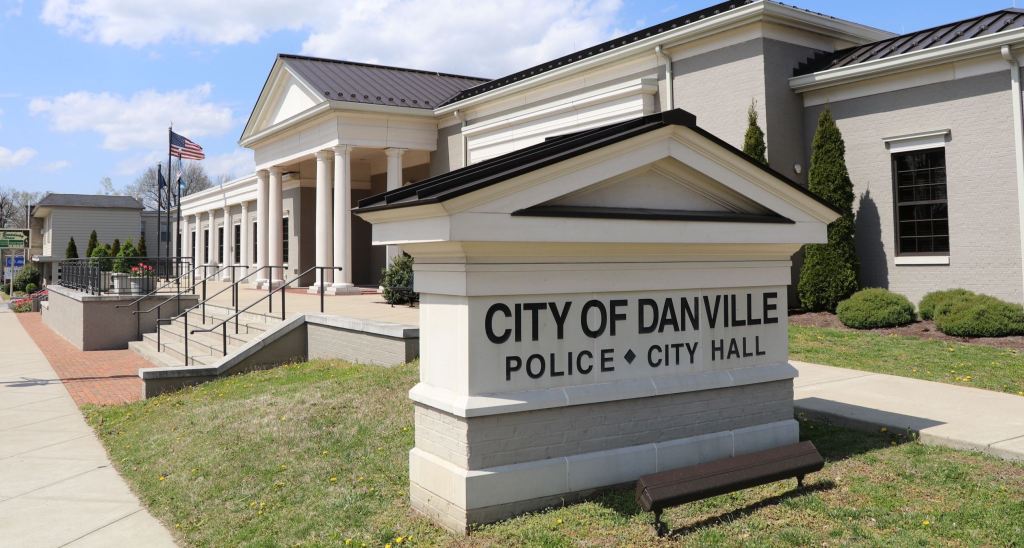 After Danville and Boyle County worked together on a contract that would reduce sewer rates in Perryville and Junction City by 5%, Danville Municipal Utilities announced a rate increase for all utility customers.

Water and sewer rates have been a constant concern for Perryville and Junction City residents. Utility rates in both cities are about twice as much as in the city of Danville.

In late June, the Boyle County Fiscal Court and Danville City Commission signed a memorandum of understanding stating the county would give $2,810,300 of American Rescue Plan Act (ARPA) funds to Danville Municipal Utilities for infrastructure improvements.

In spring 2021, Boyle County received $5.9 million in ARPA funds which, at the time, were only to be used on water, sewer and broadband. Boyle County also received an earmark of $1.1 million with the Kentucky Infrastructure Authority Funds, which are to be used for water and sewer only.

“The allowed uses of ARPA funds have changed over the past year, but our commitment to upgrading the county’s aging infrastructure remains a priority,” Judge-Executive Howard Hunt said.

Danville City Manager Earl Coffey explained that the two factors impacting utility rates are operations and capital. Capital costs happen when water or sewer facilities need upgrades, which can be offset by grants or federal money.

The ARPA funds will go toward servicing pump stations for Perryville and Junction City, which are in major need of repairs.

The State Energy and Environment Cabinet recently mandated a Corrective Action Plan for Danville to repair the Perryville Wastewater Treatment Plant, which was filed on March 7, 2022. The mandate came after multiple notices of violation in the years since 2017. The violation is that Perryville’s treatment plant is discharging pollutants into the Chaplin River.

Danville Municipal Utilities is now required to upgrade the plant. If ARPA funds are not used, all upgrades would have to be paid for by just 435 Perryville utility customers in the form of rate increases.

The same goes for Junction City. In order to reduce capital costs for Perryville and Junction City residents, Boyle County agreed to provide the ARPA funds for capital upgrades.

As a result, utility users in Junction City and Perryville will receive a reduction in their sewer rates of 5%.

“The investment of the ARPA funds in capital infrastructure, required by the 2021 Corrective Action Plan for Perryville, is intended to mitigate future rate impacts by prepaying capital needs projected for the next 15 years that would otherwise be borne by the citizen users in Junction City and Perryville,” according to the memorandum of understanding.

Just two days after the Fiscal Court signed the MOU, Hunt and the mayors of Perryville and Junction City learned of a rate increase by Danville Municipal Utilities.

The increase is a cost of living adjustment (COLA) in the amount of 7% of the Danville rate. The city has an ordinance that says they will increase rates the same amount as the state’s COLA increase, which usually goes up around 1-2% each year. Coffey said this year’s 7% increase is much higher than usual due to national cost of living increases.

In a letter to the Advocate-Messenger written by Hunt, Junction City Mayor Jim Douglas and Perryville Mayor Carlos Miller, they said the county was not made aware of the planned COLA increase prior to signing the memorandum.

“Despite a promise of a rate reduction, all Danville City water customers will see a 7% water rate hike, which blindsided us,” said Douglas. “I know how hard Judge Hunt has worked to secure the best rate reduction possible for my constituents.”

A letter released by the city of Danville explains, “The COLA increase will be ‘penny for penny’ for all users, based upon the increase assessed to citizens of Danville. For instance, if a bill in Danville is $10, the COLA will be $0.70. However, if that same bill based on usages is $20 in Junction City or Perryville, the COLA will still only be $0.70 to be penny for penny with Danville’s COLA increase, meaning the increase is merely 3.5%.”

However, the ‘penny for penny’ agreement is only for water rates in those two cities, not sewer.

Coffey said the COLA increase was made known by the city during the budget process as normal.

In response to why the city did not mention the planned COLA increase in contract negotiations with the county, Coffey told the Advocate-Messenger, “When the discussion and proposal related to the use of ARPA funds occurred, the conversation was correctly focused on mitigating planned and required capital construction costs. We were not reviewing utility operations for the county. Therefore operational items and strategy were not discussed, nor were questions asked as it was irrelevant to the topic at hand.”

Coffey continued, “Although we understand the county’s curiosity in city operations, they lack authority to dictate or approve utility rates. Nor does the county have any affiliation, ownership or financial risk in the Danville Municipal Utility.”

“I have never seen anything like this.  We were given a 5% rate reduction which was voted on by the Danville City Commission, and all the while, they were planning a 7% increase,” Miller said in the county’s letter. “I’ve lost trust in any promises made.  My constituents cannot afford any more rate increases. We already have the highest sewer rates in Boyle County. It’s just not fair.”

Why cities bear their own costs

Coffey said that if the city does not use the COLA increase, in light of the increased costs of energy and chemicals, the sewer utility would experience a net loss, which is not permitted and would require a transfer of funds from the City of Danville’s general fund.

He emphasized the fact that utility payments are not taxes. The Danville Municipal Utility is a business enterprise but does not generate a profit, differing from some privately-owned utility providers.

If Danville Utilities cannot recover the full amount they spend, the money must come out of Danville’s general fund, which is made up of taxes.

“The suggestion from the Boyle Fiscal Court that the City of Danville ignore its ordinance and not assess the COLA is more accurately a request that the citizens of Danville pay for the increased costs of users in Junction City and Perryville, which is unfeasible, inequitable, and unconstitutional,” Danville’s letter states. The entire letter can be read here.

Coffey explained in a July 19 city meeting that the people in Danville have no economic or material benefit from what happens with utilities in Perryville. It would not be fair to have Danville citizens pay for upgrades to Perryville sewer systems, because they do not benefit from those systems.

The same goes that Perryville and Junction City do not pay for Danville facility upgrades.

Why rates are so high in Perryville and Junction City

Rates are higher in Perryville and Junction City because of the debt service from previous upgrades when Danville took over those towns’ utilities in the early 2000s. Sewer rates are much higher than water rates because the pump stations are what needed servicing at that time.

In 2003, the Kentucky Division of Water required that Perryville liquidate its water and sewer due to noncompliance and financial concerns. Danville took over the utility system at the recommendation of the state government.

Rates increased at that time because the wastewater plant was not operating with the proper equipment, and Danville made those costly upgrades.

In 2004, Danville took over the Junction City system because they also could not afford to make upgrades.

The Division of Water issued an agreed order that Junction City could not add any new homes or buildings to the sewer system because the system could not handle it, due to overflows at the Tombs Curve pump station. Danville’s upgrades resulted in a lift on that ban.

Another reason rates are so high is that Danville’s wastewater treatment plant serves more than 8,000 customers, while Perryville’s plant serves 435, and Junction City’s serves about 1,000. Customers bear all the expenses tied to wastewater plants in their respective cities.

Danville has more customers to divide those operational expenses with. If Perryville and Junction City add houses or buildings to the water and sewer systems, the bills for every customer will decrease.

Click here for an article that details the exact COLA increases for each city.

Upgrades to the pump stations to be made from ARPA funds are:

Pump station receives nearly all of Perryville’s sewer flow and delivers on to the WWTP. Items include complete replacement of pumps and internal station components, reliability upgrades, and emergency pumping connection as required by KY Division of Water.