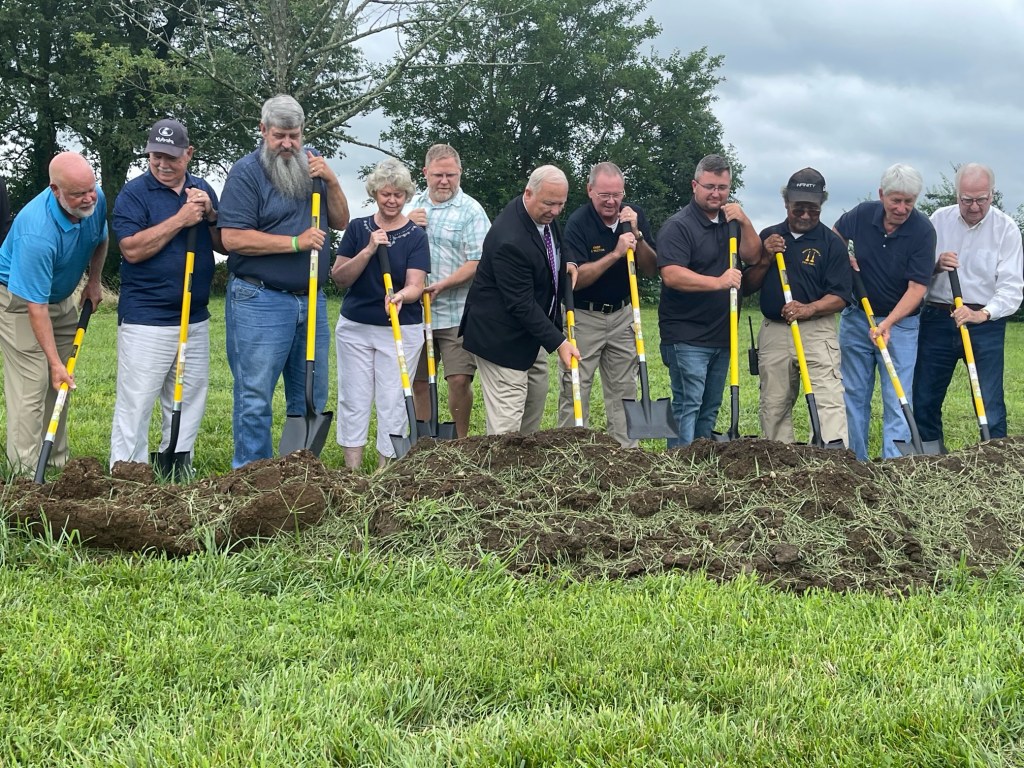 Three months after that discussion, then Governor Matt Bevin released the deed, granting the Boyle County Fire Protection District land situated outside the security gates for a new fire station.

“I thank the governor and Warden Bottom. But, it’s not just them.  I then had to come up with equipment for a new station.  I am grateful for the Board of Trustees who had the foresight to plan for future equipment needs; we now have a fire truck for the new station,” said Chief Sexton who added, “This is a big deal for the community. For Gwinn Island, Mocks Creek, 127 and the Hunt Farm neighbors, this means lower insurance rates and quicker response time, should you need us.”

Sexton added, “The next problem was money.  I’ve known Judge Hunt for over 30 years, and when he found out we had land and no building, Judge Hunt brought Jason Cullen to me and said they would help us find the money.  A year later, they came to me and said, ‘we have the money.’  I am so grateful for the Fiscal Court’s infinite wisdom in giving us this money to build a station.   It truly has taken everyone in the community to get this done.  Even the shovels!   When they heard about our groundbreaking event, Harbor Freight stepped in and donated the shovels.”

“This is exciting for Eastern Boyle County,” said 4th District Magistrate Jason Cullen, who Sexton jokingly called an honorary fireman because he always shows up at fires to provide water or whatever the firemen need.  “I am so grateful for all of our first responders.  They put their lives on the line every day to keep us safe.   This project will improve their work environment tremendously.”

Cullen added, “We’ve been working on this since day one after I was elected.   We tried several different ways to fund this, even the Bluegrass Area Development District, where we learned we did not meet the metrics for a grant.  When the ARPA money expanded allowable uses, we were able to award funds to build this station.  I am appreciative to my fellow magistrates that allowed $200,000 to be spent on this station.  This is going to be fantastic for our first responders and for everyone in my district,” he said.

Hunt stated, “Using American Rescue Plan Act (ARPA) funds is a proper and effective use of those resources.   ARPA was designed to allow communities to invest in the infrastructure and development that best serves the local community.”

“I am honored to have the opportunity to work with Chief Sexton and the entire Fire Protection Board and staff to make this happen.  The residents of Boyle County will be greatly served by this station being built right here,” said Judge Hunt.

Chief Sexton concluded his remarks by saying, “This fire station is already staffed with a complement of officers with all the necessary equipment on hand.  While it may not be a beautiful brick building, it will be a fully operational, functioning Fire Station.”

Officials participated in turning the first shovels of dirt in a ceremonial groundbreaking. The targeted open date for Station #9 will be sometime in late October or early November.