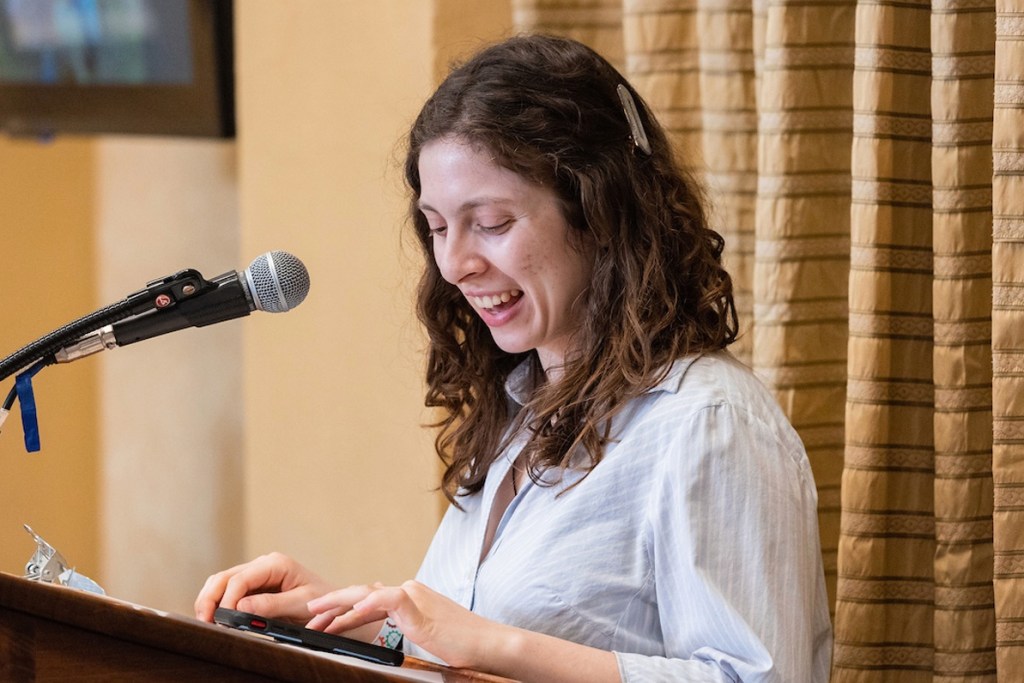 Veronica Valente, a Class of 2022 valedictorian and Lincoln Scholar at Centre, was selected to serve in the Peace Corps. Photo submitted

Recent Centre College graduate Veronica Valente, a Class of 2022 valedictorian and Lincoln Scholar, is taking the next step in a meaningful career fueled by her service and study abroad experiences while at Centre.

Valente was selected to serve in the Peace Corps, where she will teach English as a foreign language in central Mexico.

“I applied to be a Peace Corps volunteer, because I wanted to combine my excitement for language justice and my belief in the power of human connection to create a more nuanced dialogue between the U.S. and Mexico,” Valente said.

“My experiences studying abroad with Centre, presenting on the ethics of short-term volunteering as a Lincoln Scholar, as well as taking Dr. Lori Hartmann’s course on global engagement helped to better understand my identity in a global context and how I could more ethically engage with global communities through my work as a supporter of language justice,” she continues. “Having this foundation has been really important in guiding my decisions throughout the Peace Corps process.”

Director of the Office of Fellowships Robert Schalkoff said that Valente’s passion is what helped her with the thorough Peace Corps application process.

“The Peace Corps application is multifaceted, and the vetting process is much longer than—and more intense than—other opportunities. This is due to the fact that Peace Corps members will be posted with local communities in remote locations, often by themselves and without much support,” Schalkoff explained. “Therefore, they need to be self-sufficient and self-directed as well as highly collaborative and aware of community needs. Veronica embodies these attributes and her perseverance throughout the long application and vetting processes paid off.”

Schalkoff, who also serves as Director of the Lincoln Scholars Program, added that Valente’s desire to work with indigenous language was evident four years ago as a Lincoln Scholarship finalist.

“Since then, she has tenaciously pursued that goal through her summer enrichment experiences, from Safe Passage (Guatemala) as a rising sophomore to The Language Conservancy (Indiana) as a rising senior to studying Quechua in Peru this past winter,” he said. “She continued that work as researcher in her John C. Young project. Veronica’s posting with the Peace Corps will provide her with an opportunity to live with and learn from a community like the ones she wants to serve going forward.”

Valente explained that she took advantage of what Centre had to offer and noted her work in the summer of 2021 as a Lincoln Scholar as another motivator for her application.

“As part of my independent pre-professional project with the Lincoln Scholars Program, I interned in a very small, rural town in southern Mexico where there was limited electricity, and I was one of only very few Americans,” she said. “This experience was also very influential as it not only gave me the knowledge to succeed in new surroundings but also the confidence that I can find a home wherever I go in the world.”