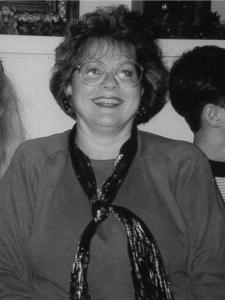 Jolene Reynolds Scott passed on August 6, 2022, at her home in Philpot, Kentucky. She was born on December 1, 1946, in Danville, KY. She is preceded in death by her parents, Hassell and Kathryn Edwards Reynolds, and her children Susan Alane Scott and William Estill “Billy” Scott, Jr., and her sister Sue Reynolds Rice. She is survived by her loving husband William Estill “Bill” Scott, her son Chad Edward Scott (Melissa) and their son, Trent Edward Scott; daughter-in-law, Julie Carol Scott and her children, William Estill “Wes” Scott III, Camille Frost Scott, Logan Reese Scott, her sister Rita Reynolds Satterly, brother Jay Reynolds (Alice); and many loving nieces and nephews.
Jolene distinguished herself in school with many honors including Beta Club. As a cheerleader for 3 years at Perryville High she was elected Captain of the Squad her Junior year and the only Perryville cheerleader making the squad for the first graduating class at Boyle County High School in Danville, KY.
Marriage of 58 years started when Bill and Jolene were smitten with each other in high school and secretly eloped her Senior year for marriage in the United Methodist Church of Gainsboro, Tennessee with some close friends in attendance. After they wed, she lived with her parents until she graduated and moved with Bill to Eastern Kentucky University. While living in Brockton Married Apartments, she obtained her Secretarial Certificate and worked as an administrative assistant to several college professors. Upon moving to Louisville, she worked for a group of professional engineers at GE. She expanded her skills by procuring her Real Estate license in Virginia and attending Collin County Community College in Plano, TX. She and Bill moved to a variety of locations as his career flourished with General Electric Co., WorldSource and Roll Coater. She was a major force with her positive “can do attitude” inspiring and motivating Bill. They found homes in Louisville, KY; Schenectady, NY; again, in Louisville; Columbia, TN; Miami, FL; Chesapeake, VA; Plano, TX; Brentwood, TN, Philpot, KY; Carmel, IN; and retiring on a hill overlooking Dale Hollow Lake outside of Byrdstown, TN splitting time between their Philpot, Kentucky farm and the lake.
Jo was a creative, loving wife, mother and grandmother adept at many pursuits including her renowned culinary skills. She was a competitive tennis player and was only one of two women that could return Bill’s wicked serve. After living in a variety of cities, she designed and oversaw the building of her dream home at Dale Hollow Lake where friends and family enjoyed boating, skiing, swimming and beautiful sunsets. Jolene was a prolific reader with an expansive vocabulary as well as a devout Christian. Her faith was a bulwark in her quest for peace after her daughter and then her son died at the early ages of 24 and 52. When living in Kentucky, she was a faithful volunteer at Birthright Center giving solace to expectant mothers. Everyone felt comfort from Jolene in sharing their difficulties and secrets. She loved to scour the antique shops and often found a treasure to add to her collection. She was able to surprise those “whom knew her best” with her latest endeavor such as water skiing, pulling skiers with our boats, riding jet skis, ATVs at Dale Hollow Lake and becoming an avid Nickelback fan attending many concerts! Jolene enjoyed traveling, as she and Bill vacationed in Hawaii, Germany, Switzerland, France, Alaska, Mexico, and many other great cities in the USA. Above all, Jolene will be remembered for her beautiful smile which lit up the room. Even in her darkest times, she always broke into a smile to convey her love. She will be deeply missed by her family and many friends.
Services will be held at Haley-McGinnis Funeral Home in Owensboro, KY on Saturday, August 13, 2022 at 10:00 am. Burial to follow at Resurrection Cemetery. Visitation will be 5:00 pm to 8:00 pm on Friday, August 12, 2022 at Haley McGinnis Funeral Home & Crematory and again on Saturday, August 13, 2022 from 9:00 am until the time of service at the funeral home.
We are very appreciative of all the outstanding home care by the many excellent nurses and caregivers of CareTenders, Hospice, and great doctors/nurses of the Vanderbilt Medical and Cancer Center and wonderful doctor/nurses at Bluegrass Medicine.
In lieu of flowers, donations can be made to CareTenders, 2200 E. Parrish Avenue, building E Suite 203, Owensboro, KY 42303, or Hospice of Western Kentucky, 3419 Wathens Crossing Owensboro, KY 42301, both located in Owensboro or Vanderbilt Ingraham Cancer Center, 2220 Pierce Avenue Nashville, TN 37232, or Vanderbilt University Medical Center, 1211 Medical Center Drive Nashville, TN 37232, in Nashville, TN.
Haley McGinnis Funeral Home & Crematory is both honored and privileged to be entrusted with the care of Mrs. Scott. Leave your messages of condolence for the family of Jolene Reynolds Scott and sign her virtual guestbook at www.haleymcginnis.com.