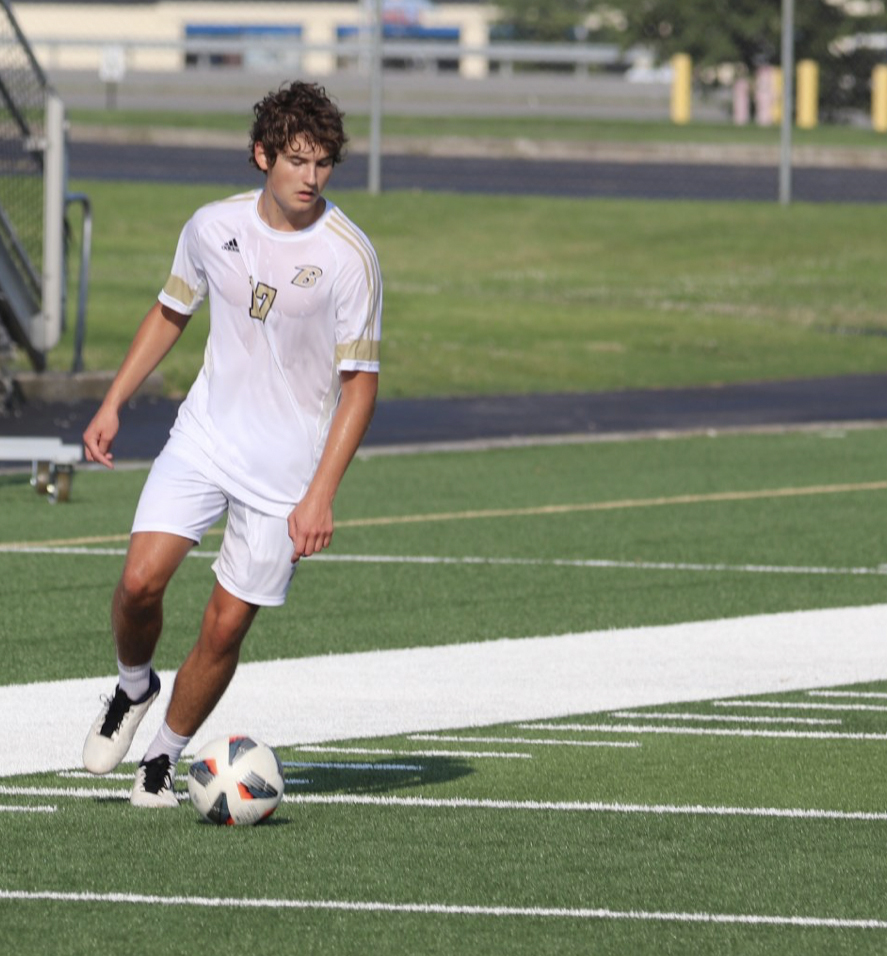 Sour. Sour is the taste left in the mouths of every Boyle County boys soccer player since their 2-0 loss to Somerset in the 12th Region Championship last season.

The Rebels aim to right those wrongs this year and win their second 12th Region Championship in three years.

The biggest question for this Boyle team entering the new season is how they will adapt to the changes within the program.

First, the Rebels are under new management. David Ritchie will be at the helm this year marking the fourth coach in four years at Boyle County. Ritchie was previously an assistant varsity and head junior varsity coach at Henry Clay High School in Lexington and a coach within the Lexington Football Club.

Ritchie has roots in this area, but for the blue and white, not the black and gold.

“Playing for Danville and being on that side of the rivalry, the goal was to beat Boyle each and every year so it was a bit of an adjustment coming over to this side,” he said. “I am extremely excited about this opportunity, though, and I can’t wait to be back involved in the rivalry.”

The Rebels will take on the Admirals on Sept. 1 – a date that is surely circled on calendars at both schools.

As for the season as a whole, Ritchie believes it could be special.

“I’m extremely excited for it. I think this is a special group who will have a special season,” he said. “I hope all of Boyle County can come out and support us because I think that this team has the potential to do something that has never been done here before.”

That group that Ritchie speaks about will look a little different than the one that lined up against Somerset in the 12th Region Championship a year ago. The Rebels lost three pivotal players: Striker Judson Perry (9 goals and 10 assists), defender AJ Fluty (3 goals and 6 assists) and midfielder Fain Hackney (2 goals and 12 assists).

On the bright side, eight other Boyle starters are back and ready to go, including leading scorer Tristan Compton (30 goals and 7 assists).

“I definitely have high expectations for this upcoming season,” Ritchie said. “With a great new coach and a motivated group of guys, I think we can go really far.”

Fortunately for the Rebels, the younger players filling some of the vacated roles are all talented and experienced in their own right. Sophomores Micah Brown, Alan Wireman, and Jaxson Pool are just a few of the underclassmen who can provide a big boost for Boyle this season.

Ritchie sees these sophomores as one of the keys to having a great season and a deep postseason run.

“I think the biggest thing that our youth brings is their energy,” he said. “These sophomores can provide a spark for us this season. They are still adjusting to the speed of play at the varsity level, but once they get more accustomed to it there will be huge steps in the right direction for the team.”

The Rebels open their season on Monday against Bryan Station. A tough game to start with, but the Rebels need all the good competition they can get as they pursue the 12th Region title and beyond.