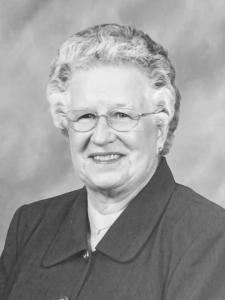 Carolyn B. Whittaker, 92, passed away peacefully at UK Chandler Hospital on August 10, 2022.She was born May 29, 1930 in Garrard County. She was the daughter of the late Mary Nellie and Pleas Broaddus.She was preceded in death by her husband, Dariel Whittaker, former deputy and sheriff of Garrard County, and two brothers, Lee (Buster) Broaddus and Jimmy Broaddus, one grandchild, Dariel Chad Whittaker and one nephew, Jeffery Black.Surviving are a daughter, Jenny Lynn Whittaker and a son, Dariel Lee Whittaker; three grandsons, Brett, Bart, and Beau Whittaker, one great-granddaughter, Allison Whittaker, three nieces, Jennifer Grubbs, Janilyn Henderson and Janie Wendelken and four nephews, Jimmy, Clay and Andy Broaddus and Del Whittaker.Carolyn was a member of Lancaster Christian Church. She was a former employee of the Whitaker Bank for twenty-seven and a half years. She was a teller, bookkeeper and Branch Manager of Branch Bank for seven years and assistant Vice President when she retired in 1992.She was an active member of the Garrard County Cooperative Parish/Family Ministry Center for many years and chairman/president of GCCP/FMC from August 2009 until now, and has been running it there at the new GCCP/FMC Building that was built in 2010, until now.She was a member of Lancaster Housing Authority for 40 years, first female to file for Lancaster City Council and was a member there for 6 years, Treasurer for Garrard County AARP for eight years and President for six years, member of long time ago Rebekah Lodge in Lancaster, where she was secretary and treasurer for 5 years and then become Vice Grand and Noble Grand. She worked with Habitat for Humanity for many years and was Treasurer for six years. Helped form a Habitat Chapter in Garrard County and houses were built for many people.She was a very active lady who worked all the time helping people.Funeral services will be held 1pm Tuesday, August 16, 2022 at Spurlin Funeral Home with Dr. Robert Mallory and Jiian Burford officiating. Burial will follow in Lancaster Cemetery. Visitation will be 5-8 pm, Monday, August 15, 2022 at the funeral home.Active pallbearers are Brett, Bart, and Beau Whittaker, Trayce Poynter, Jaghyr Wood, and Pearce Molen.Honorary pallbearers are Randy Grubbs, Billy Boyd, Mike Kirby, Don Bailey, Jack Bailey, Mickey Arnold, Bob Pflum, Joe Ball, Horace Sharp and Jimmy Sanders.Memorial contributions are preferred to Garrard County Co-Operative Parish/Family Ministry Center 13 Martin Luther King Drive Lancaster, Kentucky 40444.